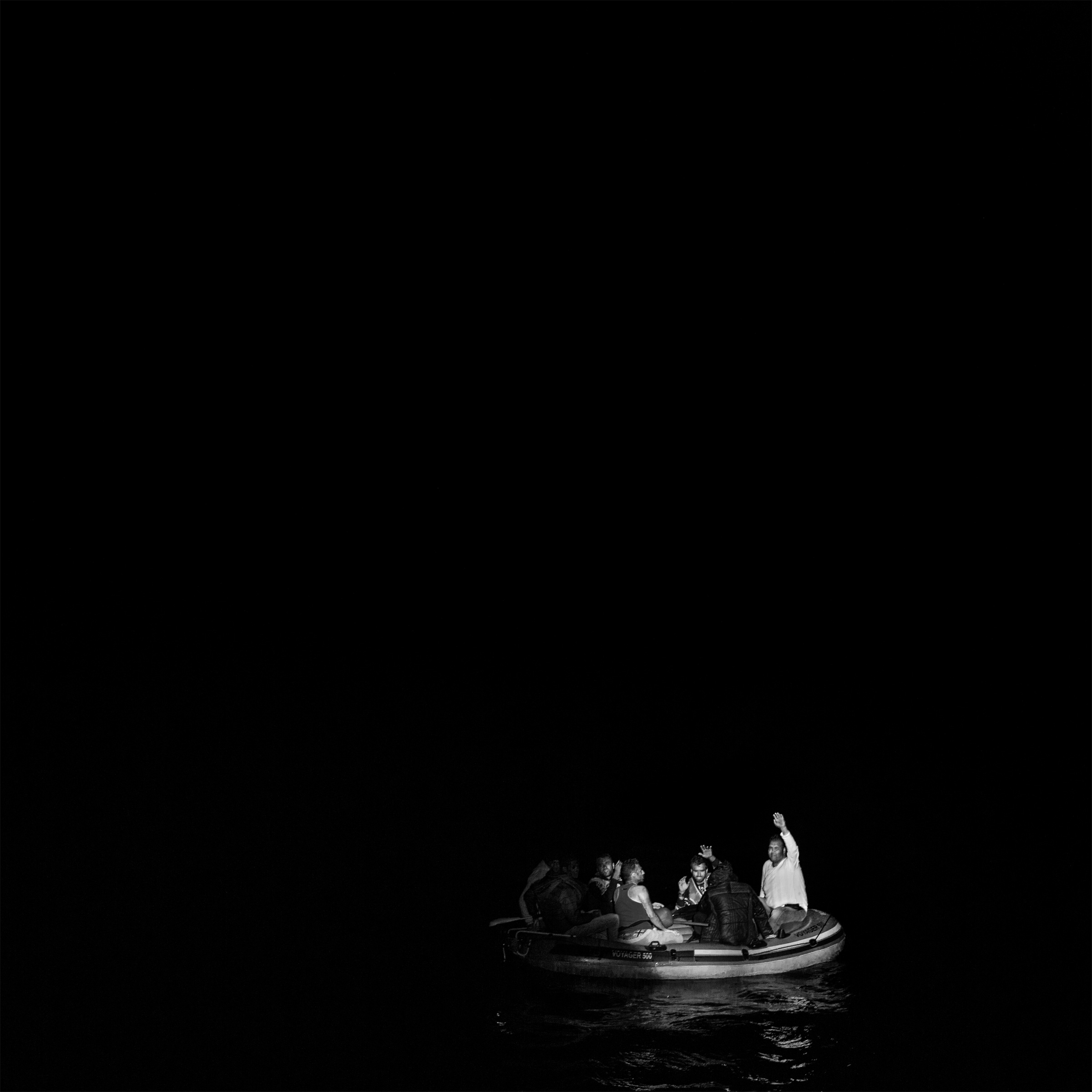 The Eye Of Time offer a diverse assortment of soundscapes that show a breadth of possibilities electronic instruments present to contemporary composers. Beneath the lofty concept, one can find enough depth to make MYTH II worth multiple listens.

The Eye Of Time is a solo project of a French composer by the name of Marc Euvrie. MYTH II: A Need To Survive is the second album in an intended conceptual trilogy about ‘the path that humanity takes over the ages.‘ This lofty concept should have proven to have been a challenge for an instrumental, all-electronic act, and indeed – a listen to it leaves one at odds to consider whether or not he succeeded. But when The Eye Of Time offers so many different textures and soundscapes on this album, such considerations are secondary.

The Eye Of Time does not seem to have been intended as background music, but rather for serious meditative contemplation. Artistically, choosing to make music like this is a risk. Be too introspective, and your music gets called ‘pretentious’ and ‘self-indulgent’. Rarify that aspect of it too much, and the same people will say your music is just plain boring. Whether or not Euvrie succeeded in attaining his thematic goals matters very little here, because he avoided both extremes and made six mini-compositions of quality. The music rates a ‘solid’ in terms of stylistic confidence, artistic merit, and compositional judgment. Every song on MYTH II: A Need To Survive sounds different, showing some thought went into textures and into the use of technology, to make it what it is. Textures and technology are far from minor considerations. Greater musicians have implied such are the only frontiers that remain in music writing these days.

None of this should imply Myth II lacks flaws. The Eye Of Time has too many two-chord songs. Opener “There Is So Much Pain in This World That We Have Created Robots To Share It”, in addition to shoving a thematic message down our throats with its title, has only subtle melodic and textural evolutions over its duo-chord drone. “To Rise Through Our Tears” uses the same formula, with different sonic textures and a more sublime title.

Shining moments come from the hip-hop stylings of “In The Name Of Earth” (a song whose title must have sounded better in Euvrie’s native French: “Au Nom Du Terre”). Yes, it is still electronic drone music, but the beat and the use of samples are pure hip-hop. The beat also saves “A Need To Survive” from the sin of similarity. And the closer, “Notre Amour Est Assez Puissant Pour Detruire Ce Putain De Monde” (“Our Love Is Strong Enough To Destroy This Whore Of A World”, though a slightly more vulgar translation is possible) adds guitar to The Eye Of Time’s texture arsenal, and a lot more melody. Et voilà, we have the strongest track on MYTH II: A Need To Survive.

MYTH II makes for a thought-provoking electronic soundscape, 90% sadness and 10% hope. It fills the bill for both the composer and for whomever would be receptive to his vision.

conceptcontemporary composerDenovaliElectronic MusicfranceFrenchIn The Name Of The EarthMarc EuvrieMeditativeMYTH II: A Need To SurviveNotre Amour Est Assez Puissant Pour Detruire Ce Putain De MondeThe Eye Of TimeThere Is So Much Pain in This World That We Have Created Robots To Share ItTo Rise Through Our Tears
Love0 Share Tweet Share 0 Share Pin