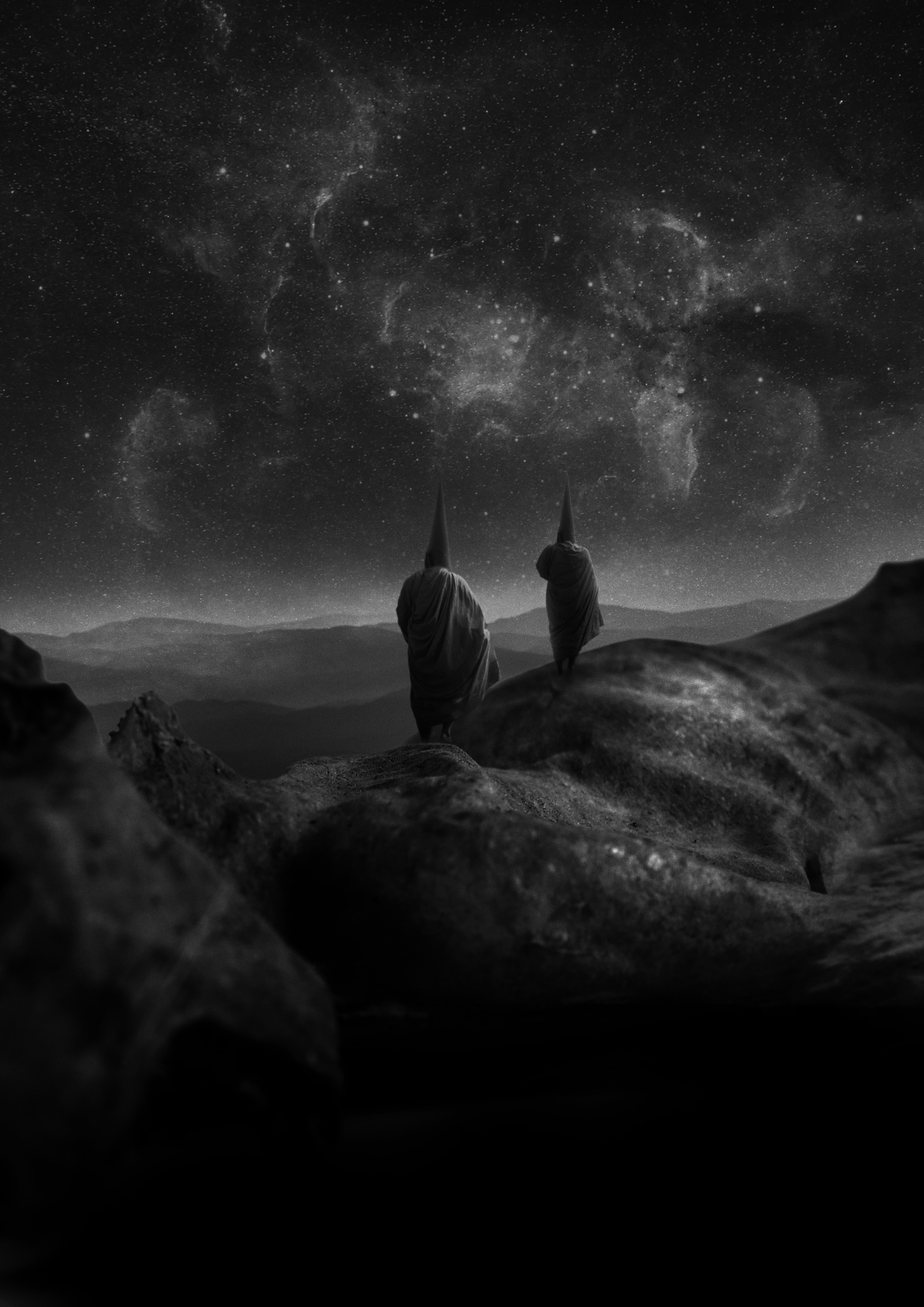 Yerûšelem Will Turn Your World on Its Head with “Reverso”

By Dominik BöhmerJanuary 10, 2019 No Comments

When established musicians leave the framework established by their main creative outlet to pursue other directions within other contexts and constellations, the resulting projects, more often than not, offer an interesting look behind the curtain – observing which parts of their musical DNA are carried over into their new venture and which fresh influences and structures they are being spliced with gives you a whole new idea of the people behind some of your favorite music. One such project is Yerûšelem, founded by Vindsval and W.D. Feld of Blut Aus Nord fame. Instead of the sometimes beautifully atmospheric, sometimes gruelingly claustrophobic black metal the two usually conjure up with their main band, they now explore a more synthetic, beat-driven, textural approach to Godfleshian post-/industrial metal.

The song we’re premiering for you today is called “Reverso”, and it comes right off the band’s upcoming début record The Sublime (due out on February 8 via Debemur Morti Productions). Opening on a dissonant guitar riff, this track wastes no time introducing its menacingly hypnotic, industrial-inspired main beat, which is in turn layered with angular lead guitar work. This constellation of sounds makes up for the majority of the song, with the addition of a surprisingly chunky bass tone that becomes more apparent as things progress. Vindsval’s clean vocals work unsettlingly well in this setting; they’re the final manic tessera in this upsetting, yet oddly enchanting composition.

Listen to “Reverso” below!

In addition to this wonderful premiere, we recently had the opportunity to have a few questions answered by the duo behind Yerûšelem. Read on if you’d like to learn more about their influences and future plans for this new project!

How did you come up with the name Yerûšelem?

Yerûšelem (Jerusalem in Aramic language) is fascinating, intriguing, the most symbolic place in the world. The source of knowledge and the siege of eternal chaos. Inspiring.

Are there any particular influences you draw from specifically for this new project?

Yes, the industrial metal scene of the 90s. We are thinking of course of Godflesh, Ministry, Pitchshifter, Skin Chamber, etc. Electronica, post-punk, new wave, dub…in fact, all forms of repetitive and hypnotic music.

Where do you see the main differences between Blut Aus Nord and Yerûšelem, both musically and conceptually?

The work of composition is totally different, everything is composed on guitars for Blut Aus Nord whose sound is based on riffs and chord progressions, it’s a real work of writing and I put a lot of different ideas in each song . With Yerûšelem we work on beats, loops, bass lines…guitars are just a musical arrangement among others, we just need a strong idea, a solid theme or a touching melody to build a song. The two approaches are exciting.

There’s absolutely no concept behind Yerûšelem, nothing but feeling, atmosphere, massive, and ethereal music.

Do you have plans to carry on with this project in the future, or was The Sublime just a one-off to explore different themes and/or refuel your creative tanks?

Yerûšelem is a very serious project, as important as Blut Aus Nord for me, and The Sublime is just the beginning. We are working on the next BaN album, which might be published in September, and just after the recording we’ll start to work on the second album of Yerûšelem.

The visuals you have chosen for your record’s cover art and the project’s official band photo is very interesting. It’s quite cosmic and austere, yet also quite dynamic and high in contrast. Did you conceptualize that part of your image by yourselves, or was it handled by someone outside of the core duo?

We gave a few detailed guidelines and ideas to our graphist and partner, Dehn Sora (a fascinating artist). His limitless imagination, intuition and talent did the rest. The result is just perfect and fully reflects the atmosphere of the album and the global feeling hidden behind Yerûšelem.

If you liked what you heard above, be sure to follow Yerûšelem on Facebook, and to pre-order The Sublime on Bandcamp, for European fans and for the US! I can’t stress enough how excited you should be for this release; it’s an early-year highlight through and through, and you should do everything in your power to not miss out on it!