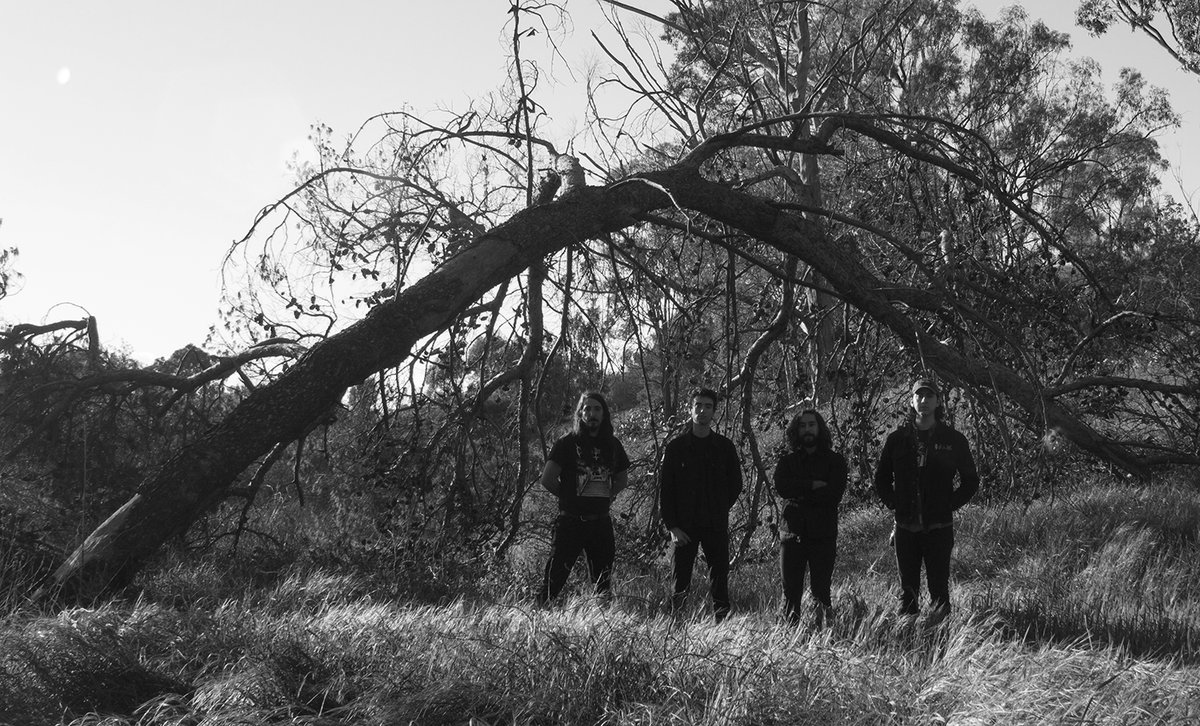 Hailing from the murky depths of the crust scene come the Los Angeles-based PHOTA, also known in their non-abbreviated form as Pale Horse Of The Apocalypse. They are self-proclaimed advocates of the sad and melodic within a heavy rustic setting. Their recent record Mourn, is a gnarly yet full-bodied delve into the brooding side of human emotion. And never let it be said that well-done crust is a simple affair. PHOTA may have a somewhat punky approach to their arrangements, but the experience is largely progressive, unashamedly siphoning through numerous ideas and tempos to create a highly formidable addition to 2019’s underground treats. Have you heard it yet? If not, why not?

Good news for Everything Is Noise, then, that we had the chance to quiz PHOTA about some of the band’s background, including how they came together. This relatively fresh-faced outfit first came to be in 2016 with guitarist Uli and bassist Levi being the original members. Since that time, they acquired the talents of guitarist Dom and drummer Jon to complete the current lineup. Also worthy of note is that, besides Dom, each member shares vocal contributions in PHOTA, hence the variation in voices across the album.

PHOTA‘s original game plan was to lean diligently towards the conventions of sludge and heavy crust. But the addition of new members kick-started a change in direction towards more post-metal and melodic-sounding songs, as explained by Uli and Dom…

‘From the start. we wanted this band to be more serious than any band we’ve had before. So we have always been very active in practicing, playing shows and writing songs.’

The songwriting itself is a very well-structured process for PHOTA, with Uli laying down the foundations, Jon adding the appropriate depth with drumming, and Dom then jumping in for the guitar harmonies once all the former is tracked up. Uli and Levi are the sole masterminds for lyrical content.

The end result is the harrowing roller coaster which is PHOTA‘s music, amply displayed in Mourn. And in terms of the emotion, Mourn is not an experience to be taken lightly.

‘Mourn, as well as our previous record was meant to be about death and nature. We talk about the beauty and strength of nature, and how powerful it is: We fear its power, but it brings comfort being among it. Death has been common lately it seems, among us members, so naturally we have been talking about it a lot in our songs. We talk about losing loved ones, as well as coming to terms with the fact that one day, whenever that is, we will all be each facing death. And that is inevitable… ‘So beautiful and haunting.”

The above lyric is from “The World is Cold Here”, a song from PHOTA’s debut 2018 EP. The EP itself is a wonderful four-track burst of tormented rage. Though this year’s Mourn is the natural step-up, with the intensive feelings increased accordingly.

‘We want listeners to feel our sadness. We hope that there are feelings of tragedy and hard times. We want the listener to feel a comforting, cold embrace that eases that heavy-chested feeling we all have: Music to help the mourning process.’

It’s a good match up, then, that PHOTA‘s general influences come in the form of the darker sub-genres of metal, i.e. black, post-, and doom, etc. But they are also connoisseurs of all things crust; melodic crust, emo crust, neo-crust…

‘We seem to all have a love for European crust bands especially the whole Coruña scene in Spain from the early 2000’s, like Ekkaia, Hongo, Das Plague, Okban, etc. We take inspiration too from a lot of local SoCal/TJ bands that we play with, and show us continuous support. Some of those bands being, Pale Shades of Sorrow, Abandon the Sun, Habak, Fractal, Escasez, Dhatüra, Pessimist, Stavves, Karst, Grösero, Soaked in Disillusion to name a few. Much love for all of these bands.’

With a hearty wealth of inspiration and a phenomenal debut record, it seems like PHOTA is off to a good start. Whatever attention these guys acquire in the run-in, they deserve. In the meantime, the band hint at a few split releases with other local bands (no names have been divulged yet). They will also be playing at Crust Stock 2019 in Pomona, and Noise Beyond the Woods in Azusa… To name just a few.

‘We would love to schedule a West Coast run or a Southwest tour, hopefully by the end of the year or the beginning of 2020, if all goes well. Mostly we just plan to stay active with playing shows and progressing in our songwriting as much as we can.’

Let’s all keep a close eye then! Mourn is currently available to hear on PHOTA‘s Spotify and Bandcamp pages. For other news and info, visit their Facebook page.