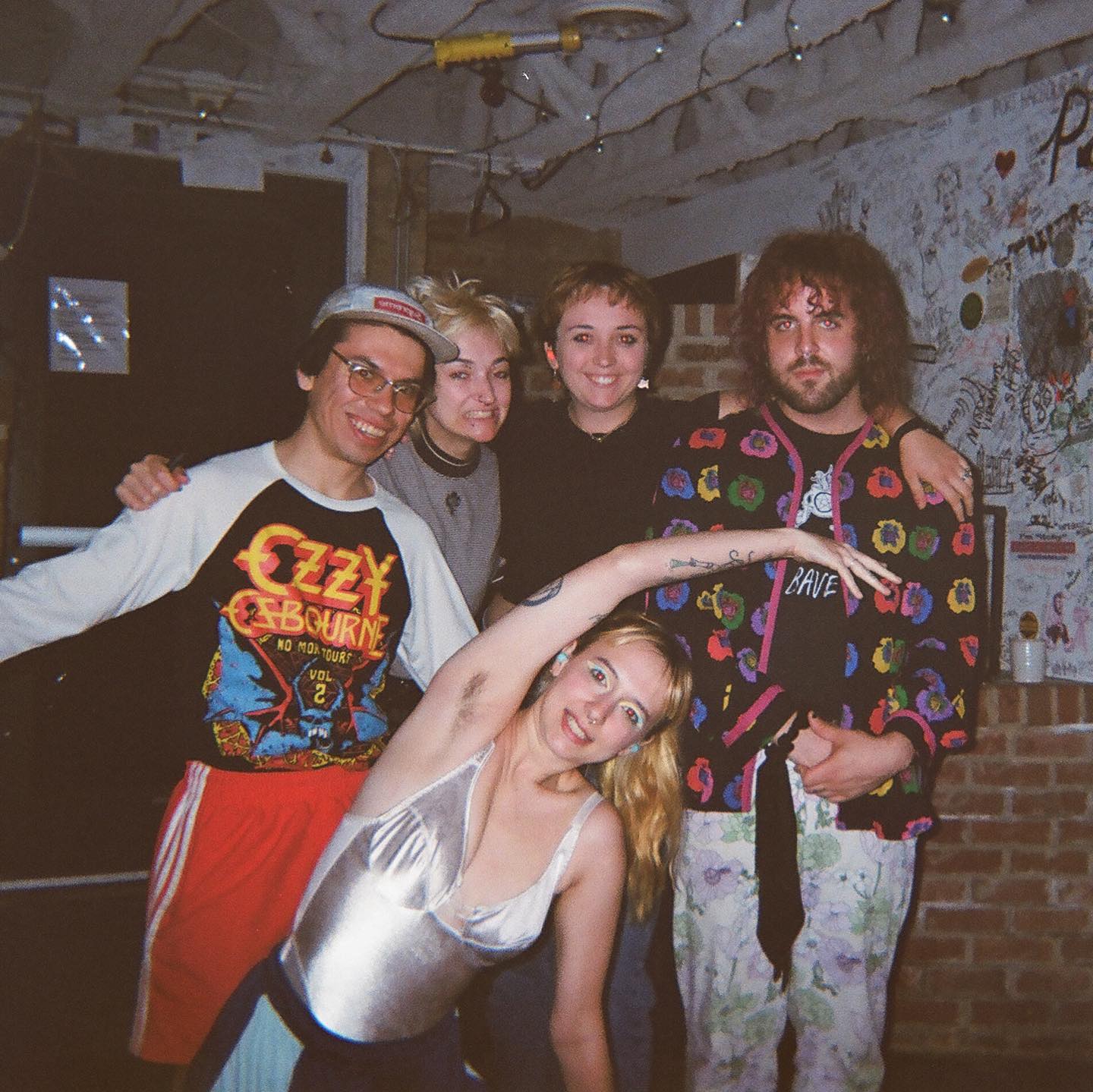 Have you ever had a dream so enchanting and blissful yet somehow lucid and believable just enough to convince you it was a new reality you’d stepped into? Picture this; You get to step into that lucid realm at the touch of a button any time you choose, and even with it being an emotional place that summarizes both sentiments of joy and sadness all at once. This realm becomes one you are always allowed at once you accept Lobby Boy as one of your new musical muses. Each time you enter, you are sure to find something new to gush over.

Lobby Boy hail from the Harrisonburg and Richmond, Virginia regions and began in 2018 as a project composed of fairly seasoned DIY scene active artists set out on clearly crafting the most dream-weaved culminations of pop, alternative, indie rock, and electronic music possible. Their debut album, Pretty Song / Pursuits of Personhood, is a true labor of love and passion sure to open any listener’s heart. Songs such as “Yours Forever” and “Birdhouse” will instantly entrance you into waves of color and aural euphoria. The entire album features a fine mix of upbeat and energetic composition, while also dialing back on slower grooves with easygoing, dance-worthy atmospheres.

A strong presence in the local DIY scene, as well as up and down the East Coast, the band has made no shortage of networking their name through the cosmos of any area they are welcome to. Having performed an 8-date tour spanning as far north as Boston, MA all the way down to Raleigh, NC in May of 2022, Lobby Boy are quickly catching ears everywhere. Perhaps one of their most notable recent live shows included a spot on the legendary MACROCK festival in Harrisonburg, VA in February 2022. Clips from their performance included some unexpected shifts in style and elements thrown in, with vocalist Chez Goodspeed giving us a taste of some shrill, harsh, grindcore-esque shrieks during one of the songs. With such an unpredictable, jaw-dropping live act, it’s hard not to understand what has fans of their music hooked in.

So where exactly did this band come from? You may ask yourself this question, as even with many Google searches, it seems that Lobby Boy are not without a fair amount of ambiguity to their history. As it turns out, the project began merely as demos in GarageBand as crafted by vocalist Chez Goodspeed. As you might have guessed, the name is borrowed from a character out of The Grand Budapest Hotel film, but with the focus specifically on the concept of every person you may encounter in this world having their own story to tell. ‘In my personal life, I try to remember that even if I’m struggling or having a conflict with someone, this is a story that’s unfolding in front of me, no matter what the interaction is, no matter how small or large it is,‘ says Goodspeed, in a recent Washington Post article detailing the band’s origins.

Lobby Boy radiate love and passion, as well as an earnest push for being yourself at the fullest. I think what personally clicks with their music for me is just that – A sense of genuine identity that kindly respects all those other identities around you. The group reminds me of the sweeter sides of life, embracing those you love around you with open arms while not forgetting to allow yourself that same sort of free existence. In a world where other people’s ideas of you can be intrusive, and even if you don’t necessarily feel as though they have any control over you, you find yourself almost submitting to that fable of who you are, this sort of concept embedded in music is the reassurance we all could use; We are nothing but who we choose to be.

Expanding on this point more directly, Chez states in the interview, ‘I am confirmed fully in love with everyone in my band and I want to encourage them to pursue their personhood at all times, always.’ This also tells us where the album title comes from, given this ‘pursuit of personhood’ serves more or less as a mantra to the band’s conception, work ethic, and how they approach their creative endeavors as well. Not to mention, a clear sense of chemistry and general cohesion amongst the group is also to be seen, likely with the support of this loving, accepting mindset.

While I have yet to achieve the experience of witnessing Lobby Boy in live performance, I have remained an avid follower of what they do. Pretty Songs / Pursuits of Personhood has stayed on steady rotation so as to get every song memorized as much as possible for when I finally do see them. The more I see their name on flyers, the more I know they are headed for something big. This is a group that deserves a spot on tour with the likes of MGMT, Hot Chip, Of Montreal, or even Empire of the Sun. Although, I imagine they’d happily take the stage with virtually any act that would have them. The dynamic they’ve exhibited in sound and style with most any live clip I’ve seen actually allots them a fit with just about anybody.

Lobby Boy are a quality band with quality music and demand your attention immediately. Visually and theatrically exhilarating, musically enlightening, and passionately performing and engaging to all; This is the act that will heal your soul and steal it from your body all in one foul swoop. Within only 4 years, they’ve already won over so many, especially given their album finding distribution with Brooklyn-based Citrus City Records. If you blink, you’ll miss their next move.

Be sure to check in and register with Lobby Boy via their Bandcamp, Facebook, and Instagram, at the respective links! We’re sure you will enjoy your stay, and perhaps may not even want to leave! But the good news is, you are always welcome back. Lobby Boy are always happy to have you!