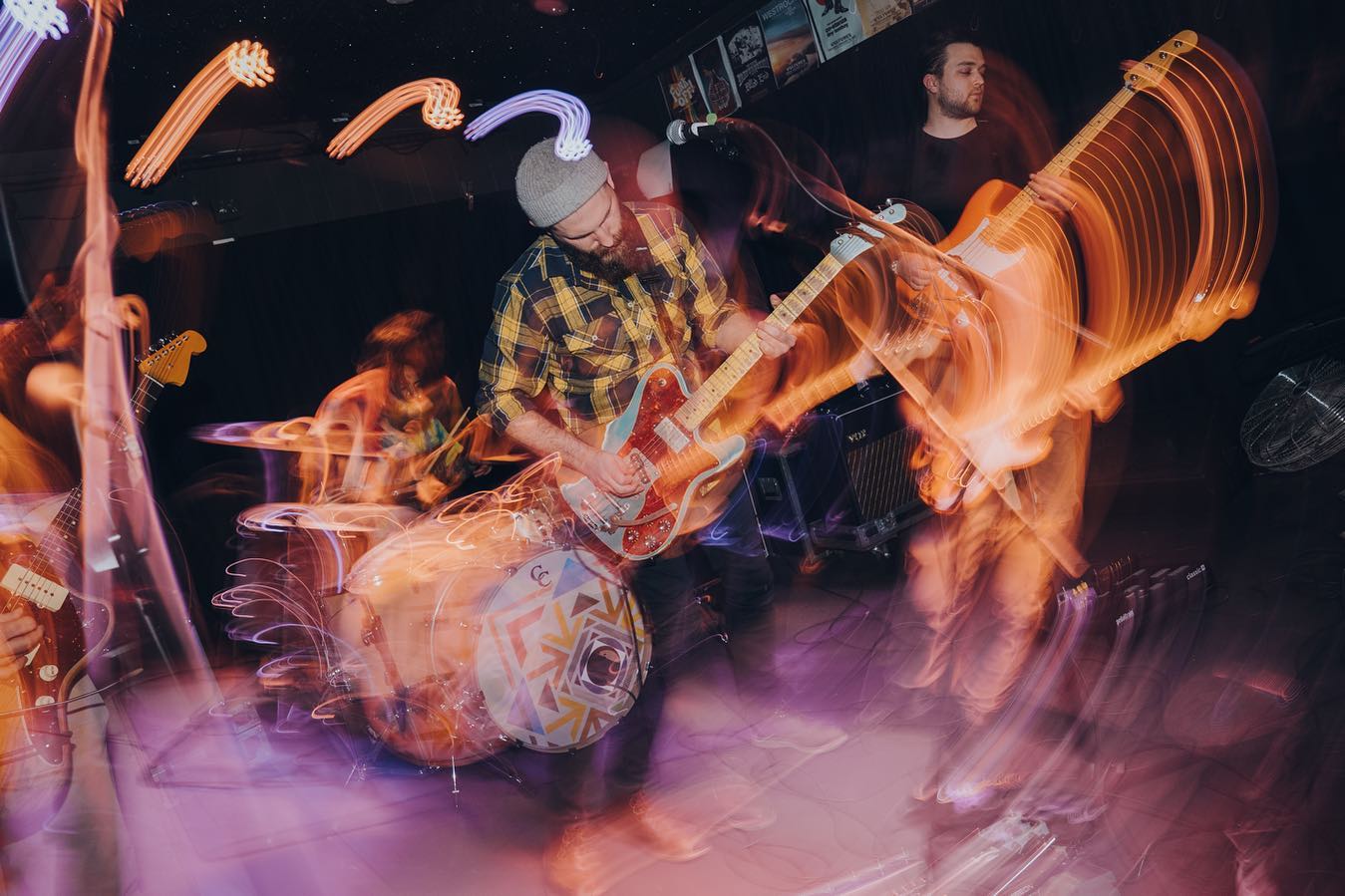 Denver-based indie rockers Viewfinder offer a warm aural embrace to get us through the chilly months ahead with their debut album Voices Echo.

Winter is swooping in. Droopy pumpkins are stinking up porches, turkeys are stuffed with a sense of existential dread, and music fans around the world are putting together drafts of their year-end lists. 2022’s days are fricken numbered! Before we get too carried away, let’s set our sights on Viewfinder.

Formerly known as Bridges Will Break, this Denver quartet wields the skilled touch of a band with a decade under their belt. Voices Echo makes this evident from its opening track, “Luster”. The instrumental strums up memories of seeing Balance and Composure at my local dive, while the vocals enticingly fall somewhere between Brand New and The Fray.

The dissonant note that the left-panned guitar plays at the end of each measure throughout the bridge is enchanting! It’s precisely that kind of melodic tension that gets my engine running. That’s probably the spiciest the album goes, though. For the tracks that follow, you can expect a lot of pretty suspended chords and shoegaze sensibilities.

There are a few moments on the album where the band treks into poppier pastures, too. “Sheer” offers one of the catchiest choruses on the album. The vocals are forward in the mix, and they help illustrate my earlier comparison to The Fray. It’d be easy to imagine song lingering on a major rock radio station for months on end.

On the other hand, “Every Year Losing More” sways into some American Football emo/math rock territory. It kicks off with the drums in the spotlight. The mixed-meter groove (6/4 + 6/4 + 4/4) lends a rhythmical edge to the haunting guitar chords and chilling lines like ‘I feel stares from all directions/ slice into my veins/ Don’t wanna live like this no more/ Oh God, I hate this goddamn place‘.

I’m quite a fan of the more aggressive songs on the album. “How Long” and “Laurel” feature a dose of harsher vocals; the latter verges on something akin to blackgaze on the outro. This track might be a callback to their earlier work as Bridges Will Break. Check out “Don’t Come Back Alive“.

Screamed vocals seemed to play a more integral part of their sound back then. However, with Viewfinder, the band is honing their more melodic and accessible songwriting. A shining example of that, and a big highlight on the album for me, is the acoustic song, “Miracle”.

The roomy reverb and low-key production give this track an intimate feel. It reminds me of Brand New‘s “Untitled 03” from Fight Off Your Demons, but colder. Imagine being in a cabin with some friends, riding out a blizzard, and the firewood has all burned up. Before you chuck the guitar in, there’s still time to play a song.

Then the album comes to a close with two mini post-rock jams, “Valley of the Moon” and “Come Home”. The former has a brisk 3/4 groove and an epic crescendo on its exit, while the latter takes a more chill approach. The lead guitar melody sounds like something out the Explosions in the Sky playbook, and end with sustained note that’d easily transition into “Six Days At The Bottom Of The Ocean”.

Voices Echo has more to offer than it might appear on a cursory listen. There are elements of post-hardcore and emo-revival left over from their time before Viewfinder. They blend these elements with sections of refined indie rock, shoegaze, post-rock, and even pop rock. This is a band that follows its instincts, trusts the musical chemistry between its members, and the results genuinely speak for themselves.