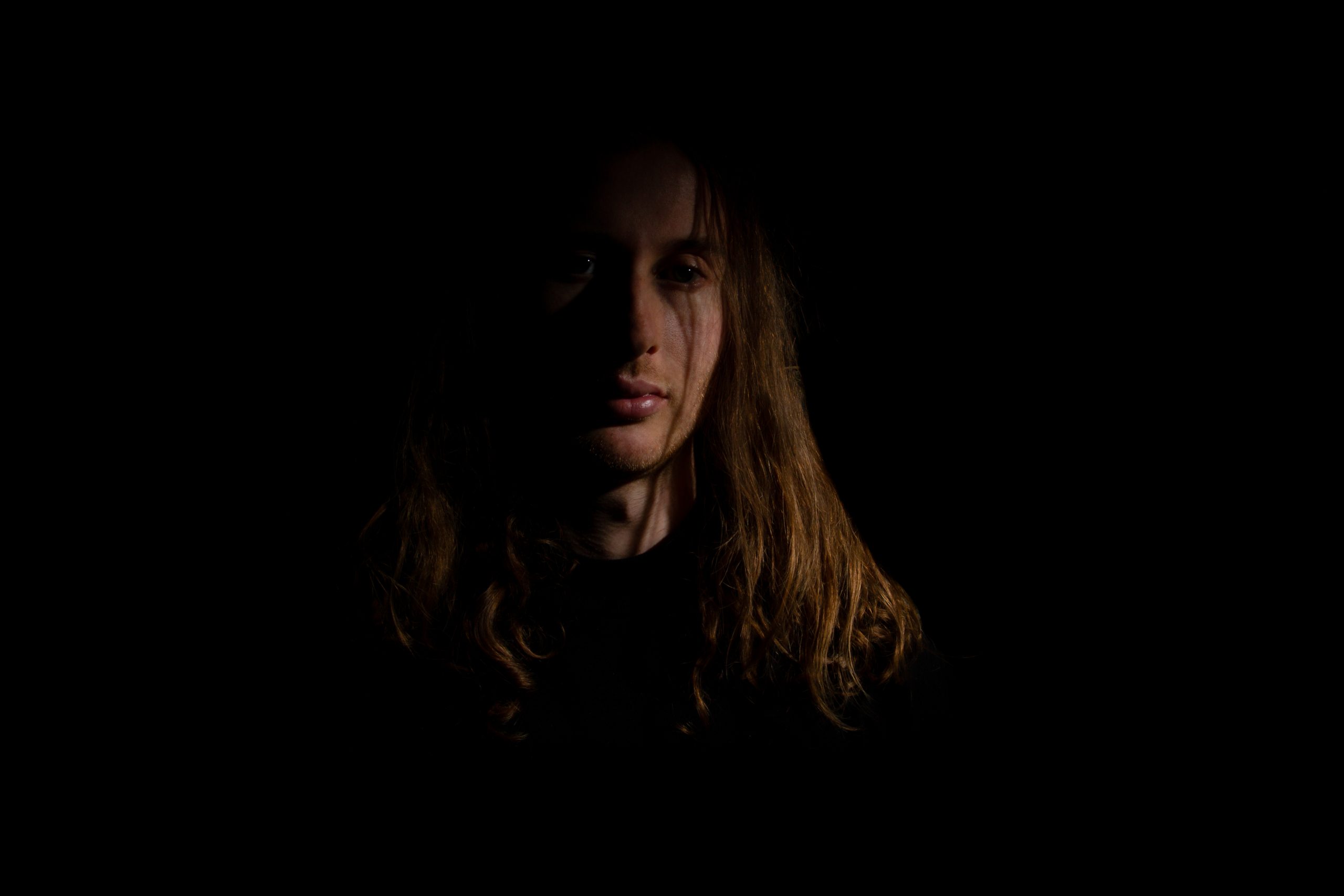 By Landon TurlockJanuary 24, 2022 No Comments

Alex Haddad has been writing and releasing music with several projects over the past few years, perhaps most notably as a new member of Arkaik (check out their new single here), as well as Nullingroots. However, Haddad has also established himself as a solo musician under the moniker Dessiderium.

Aria, Dessiderium’s fourth release since 2013, caught my attention late last year with its impressive long-form song arrangements and innovative mix of blackened and progressive death metal. As such, it was only natural to highlight Dessiderium as our Weekly Featured Artist.

Before Dessiderium, Haddad was a young hip-hop and video-game-music fan in Conejo Valley, California. It was through video games, and specifically Guitar Hero II, that he was introduced to the heavier music that would go on to shape his musical output:

‘I was exposed to rock and metal music through the game Guitar Hero II, and was immediately drawn to the fastest, most challenging songs in the game. It was from Guitar Hero that I discovered the Big Four thrash metal bands (Metallica, Megadeth, Anthrax, Slayer), and couldn’t get over that it was humanly possible to play an instrument as fast and aggressively as those bands did. That’s ultimately what inspired me to start learning the bass and electric guitar.’

Haddad honed his skills as a guitarist and bassist over the next few years, playing in local bands and developing an affinity for performing. When he moved to Arizona for school, Haddad began playing in various bands, including Nullingroots and Excystation. However, Dessiderium predates his involvement in both these acts and Arkaik.

‘Dessiderium has actually existed since I was around age 13, so I’ve been doing that project for much longer than I’ve played in either Arkaik or Nullingroots. I initially started it (and still view it) as a musical diary, which is to say that it’s a project for me. It’s personal. When you play in a band, there’s a sort of template you work within for how the music should sound, but with Dessiderium I don’t think about what it should sound like at all. It’s just me having a ton of fun interacting with music and writing stuff that moves me. It’s all very childlike in nature. When I write for Dessiderium, it’s like the equivalent of playtime as a child where you get lost in your imagination and there’s no rules or boundaries for anything. I deeply cherish that pure and innocent relationship I have with it, even more so now that I’m an adult.’

That childlike, playful approach to the project extends to the writing process, or lack thereof, as Haddad describes:

‘…there’s zero boundaries and I am my only critic. The writing process is hard to explain because there really isn’t any. Most of it takes place in my head. If I may attempt to explain it though, I would say it starts with a musical ‘seed’. Maybe a motif, or riff, or chord progression, or melody I can’t stop humming. Whatever it is, it excites me to the point of needing to expand upon it. Once I have a foundational idea that inspires me, then I become fully immersed in the song and obsess over it day and night until it’s complete. The more I obsess over it, the more all of these musical ideas begin to connect in my head and a structure begins to form. From there, I’ll hum the song in the shower or in bed, or anywhere really, and it just starts to write itself. I barely sleep when I’m in the process of writing a song because a lot of the best ideas hit me when it’s the middle of the night, and I know if I don’t record the idea right there then it will be gone forever.’

Despite there not being a set process for composing with Dessiderium, Haddad has changed his approach alongside the recording technology available to him. Similarly, the scope of his writing has changed, moving from harmony-laden, riff-driven songs to a more orchestral, holistic approach to composition. This shift is abundantly evident in the towering tracks on Aria, and the wide variety of instruments and genre influences that fill the record. Haddad speaks of the way the tracks on Aria became so epic and expansive:

‘I honestly don’t think at all about the length of whatever piece I’m writing. Each song is its own thing, and it’s complete when it’s complete. I don’t really have a say in that. It’s just whatever suits the song best. Sometimes a song says everything it needs to say in five minutes, other times it needs 20 minutes to tell its story. I also grew up listening to tons of progressive rock and metal, as well as classical music, so the idea of writing long songs has always felt very natural.’

Aria arrived almost a year and a half after Shadow Burn. However, this most recent full-length was composed before the former. They also have quite disparate inspirations related to Haddad’s approach and state of mind:

‘Aria did come out after Shadow Burn, but musically it’s quite a bit older. When I was writing Aria, I had a ton of free time on my hands. Too much free time, actually. I would spend my days inside listening to old prog albums and not paying any attention to life moving by. I think that reflects in the long-form writing that takes place on Aria. I had patience when writing it and felt no sense of urgency to complete anything, and so the songs just grew naturally over the years until I decided to finally record them. With Shadow Burn, I was going through a period of grief. I actually had no interest in writing music at all, but my grief counselor inspired me to start putting my feelings into music no matter how gross or ugly those feelings were. Writing the music for that album was a beautiful escape for me, but the reality of my life at that time got cemented into the lyrics. I was unstable and in constant need of mental distraction, and I think that shows heavily in the album’s more explosive and stimulating sound.’

Another difference between Shadow Burn and Aria is their release plans. Aria was released through The Artisan Era, a record label also home to acts like Arkaik and Inferi. Having a team behind Haddad made for a different experience that grew from the DIY roots of Dessiderium:

‘It feels great to be in the same sphere as a lot of bands that I enjoy from the label, such as Virulent Depravity, Equipoise, Inferi, or Mordant Rapture, for example. I also didn’t know if my releases would ever get the vinyl treatment, so to see Aria and Shadow Burn released on vinyl with all of the gorgeous color variants has been a real treat. With all of that said, it’s required some adjustment on my part to get used to not having that direct connection to my listeners through sales and shipping out inventory. It was fun getting to stop at the post office with a box full of Shadow Burn CDs when the album came out independently (laughs), but all in all it’s been an honor to work with The Artisan Era and I hope I can continue to do so in the future.’

And what exactly will that future look like? First, Haddad has confirmed that a live lineup has just been finalized for Dessiderium, preparing to move the act from the studio to the stage once a set is rehearsed and ready. Further, Haddad already has several full-lengths written for the project. One has already been selected for recording when time allows.

You can listen to Dessiderium on Bandcamp or Spotify, and keep up with the act on Facebook.