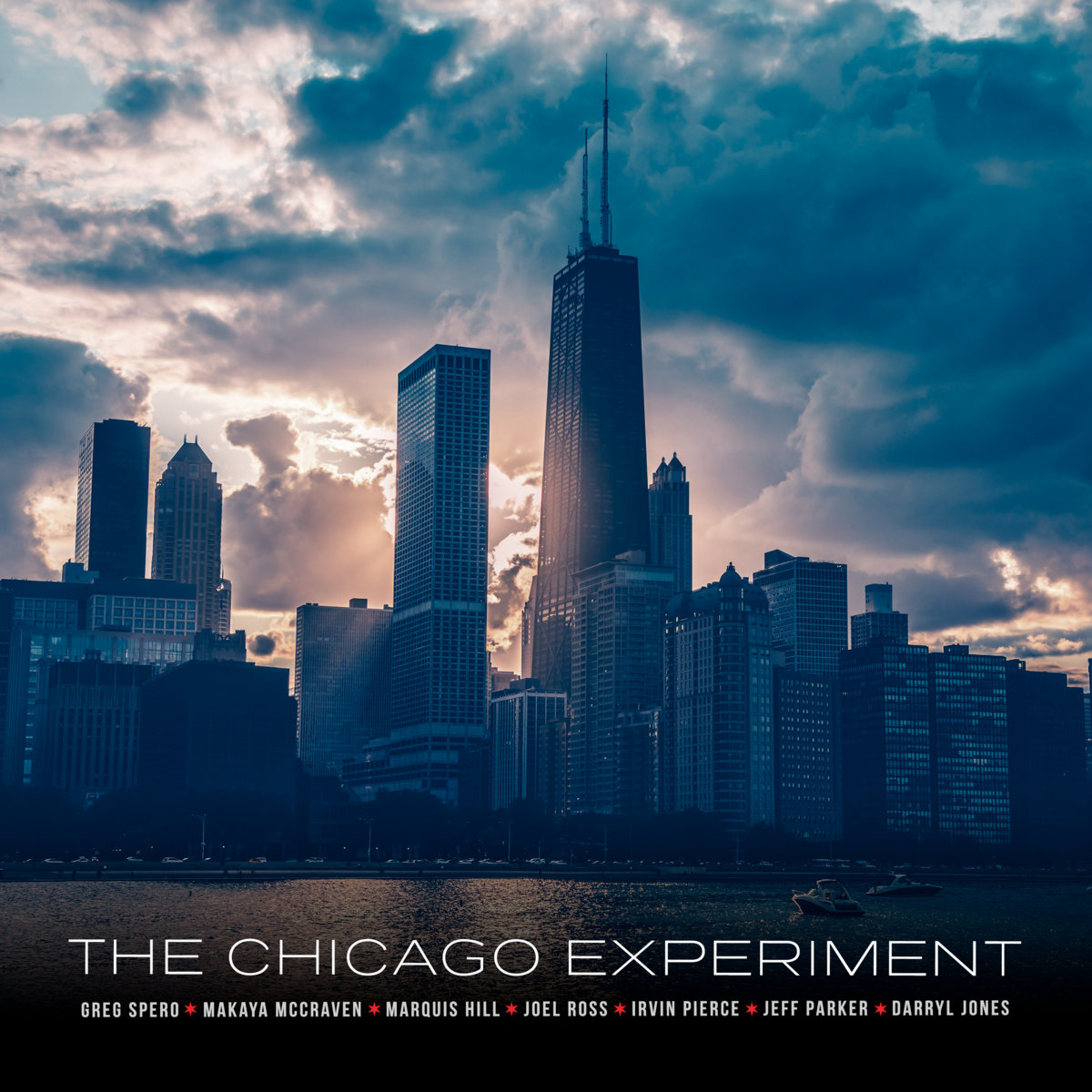 By Rodrigo Torres PinelliJanuary 24, 2022 No Comments

The Chicago Experiment expands upon a magnificent series of albums by being fresh and just as superb as its predecessors.

January is almost in the books by now, but I can’t wrap it up before this beauty releases. Yes, I’m talking about the latest Ropeadope project, the brand new entry to the Experiment series. Philadelphia, Detroit, and Harlem can now add Chicago to the picture. Led by pianist Greg Spero, this album emanates energy by granting captivating improvs and memorable performances. Let’s go with a bit of backstory first.

Today, Ropeadope is a trademark consisting of several labels; however, it was founded under a different name in the late ’90s to release DJ Logic‘s first album. In 2001, they saw remarkable growth as they dropped The Philadelphia Experiment, including Questlove, Christian McBride, and Uri Caine. The album spread widely and is now considered one of the genre’s most recognizable outlets; its artwork is so iconic as well. Nonetheless, the Experiment has a more in-depth purpose than just gathering heavyweight cats and letting them get to it.

The underlying motivation for this set of albums is to represent the culture of a specific city. Thus, the interaction among the musicians aims to speak a specific dialect within the jazz language. Now, as an amateur drummer, I’m letting my imagination take over, since I can’t fathom how my jazz chops would connect to the city I live in, Buenos Aires. In the end, I ain’t no Questlove, so I did my homework right. I spun all albums from this series, including The Chicago Experiment until I caught on to the bigger picture. Every album has got its own personality.

Without getting too technical with music concepts, it’s not that a specific scale or rhythm would resonate with or represent a particular geography. I mean yes, this is correct if we consider the development of modern music from the last centuries onwards, yet this is not my point, and neither is the series’ focus. It is not about the ‘what’ but the ‘who’, the ‘how’, and the ‘when’. These albums are all about the imprint, the essence, the influences. They definitely aim higher than just arranging a couple of distinctive tracks.

The Chicago Experiment delivers eleven takes full of freshness, spanning slightly over three quarters of an hour. Although the music acquires boldness early on, it also delves into a profound sentimentality. It carries stability in all facets of the musical delivery: style, dynamics, and pace. This balance ultimately boosts a listener’s engagement and awareness, making the performances even more perceivable and distinguished. The tracklist even resembles the order of a live show due to its intensity management.

The above takes me to my comment on the album’s writing and recording process. According to the record’s press release, the band spent four days in the studio jamming. Then, bandleader Spero put together songs from the crude works, leaving them nurtured by improvisations rather than properly outlining compositions. There is something unique about this creative approach that it feels true to jazz and its derivatives, such is the extreme transparency and authenticity of musical conversation. The recording of such an event immortalizes a dialogue that can’t and never will be repeated. They can play the same notes over and over, but there are such intentions as minimal as breath that get uncontrollable. Along with the significance of leaving a footprint, this makes the album and series so special.

The entire album is worth checking out, of course, but, when it comes to my favorite moments, three songs stood above the rest immediately. The first of said highlights is the reflective ballad “Always Be”. Its introduction lays down a rather middle-paced drum beat, steady and light, on point for a groovy head shake or foot tap. Just as the keys complete the harmonic section, the track shapes into what I would have expected to be a funkier and merrier tune. But when the woodwind melody kicked in, the entire song positioned itself in an entirely different plane, much more serious and heartfelt, right in the feels. This song’s level of nostalgia crept deep. Absolute highlight right there.

“Maxwell Street”, one of the album’s promo cuts, makes its way into my favorites as well, albeit not for the reasons you might think. The group’s musical communication is palpable in this one. As the drummer sidesticks his way between the guitar peeks and meandering vibraphone, the song builds up for about a minute before things get really interesting. Once again, woodwinds are knocking it out of the park. They’ll just drop a displacing phrase here and there, creating a labyrinthine progression. The song keeps cycling but moving forwards, making it by far the trippiest track on the record.

Finally, my last flower goes to “Straight Shooter”, the closing track. It’s the synthesis, a summary of the whole album. Like our previous mention, this one has got solos over jammed rhythms; it allows more presence of guitar and bass, though. This one is clever because the band hints at the grand finale by placing little extracts here and there, keeping the funky vibe straight up. I won’t spoil the end of the song – just click the video below and witness artistry and groove.

Well, there’s nothing more predictable than my upcoming verdict: thumbs way up for this album. The Chicago Experiment proves to be a fun, funky record without losing grip of its depth. It succeeds in delivering a personality, an imprint of a culture. Just like all albums in the series, it introduces a stunning line-up of musicians, bringing them forward to a spectacular scene where both jazz-savvy and not-so-savvy listeners can now follow.

The Chicago Experiment is: