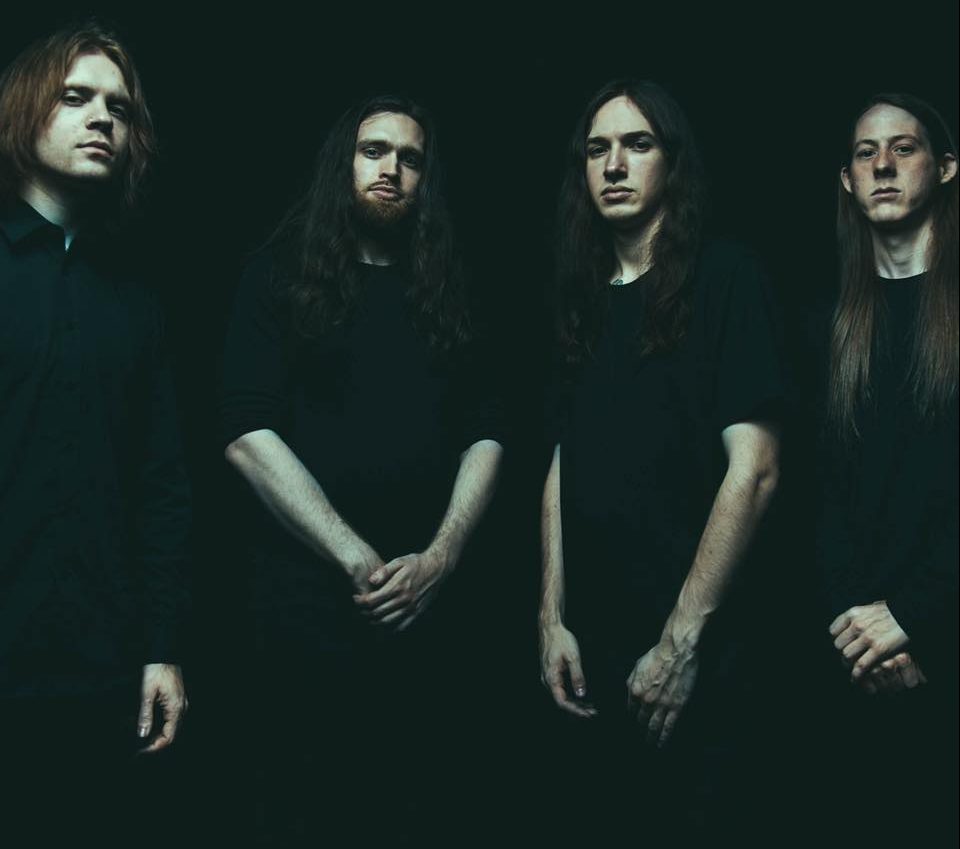 By Landon TurlockJanuary 25, 2022 No Comments

Shadow of Intent has been one of the more intriguing deathcore bands to garner my attention in the past five years. They’ve also been hard to miss; even if you’ve somehow managed to avoid the band’s popular material, vocalist Ben Duerr has featured his signature lows on an impressive number of guest appearances. Further, guitarist/composer Chris Wiseman has also been prolific with his other act, the SharpTone Records djent/metalcore band Currents. Nonetheless, what has always drawn me to Shadow of Intent has been their dedicated mix of symphonic elements and devastating riffage. This is not to mention their notably progressive song structures, an affinity for hooks, and, to my ears, one of the best voices in death metal.

An admirable and continuous growth has been demonstrated on each album from Shadow of Intent. Their first two releases fell squarely into symphonic deathcore territory with relatively few deviations. However, 2019’s Melancholy showed the band expand their sound into more melodic, technical, and progressive death metal territory, alongside a more polished symphonic sound courtesy of Fleshgod Apocalypse’s Francesco Ferrini. At first glance, from the return of Par Olofsson’s artwork to Ferrini’s continued involvement, it appears as though Shadow of Intent’s new release was content to continue in the enjoyable footsteps of its predecessor.

This continuity from Melancholy seems evident from much of what we hear on Elegy. However, much of what defined Melancholy is dialed up in terms of performance and grandiosity. Opening with “Farewell”, we are introduced to the album with one of the more cinematic yet organic-sounding string introductions I’ve heard from Shadow of Intent. Before long, Duerr’s singularly fearsome vocals accentuate an enjoyably knotted verse riff from Wiseman. It seems immediately apparent that the band’s symphonic elements sit more comfortably with the death metal foundation of the song than they have on previous releases. What also seems obvious is growth in terms of Wiseman’s lead playing. While he has always been an impressive player, his leads on this song and throughout the album have liquidity and articulation that evokes comparisons to a less shred-oriented John Petrucci. This Dream Theater comparison interestingly does not stop here and appears again in some keyboard leads and sections throughout the rest of Elegy, such as the instrumental bridge to “Saurian King”.

Of course, one of the album’s high points comes with “Intensified Genocide”, Elegy’s lead single. In many ways, it continues with the unbridled ferocity of Melancholy’s “Barren and Breathless Macrocosm” and may be the hardest-hitting song of Shadow of Intent’s career. Its merciless riffage takes precedence over the song’s symphonic elements, making for one of the album’s more straightahead, deathcore-oriented tracks. However, it also features some memorably anthemic leads in its choruses, and a very scream-along breakdown/outro that regularly gets stuck in my head. Of course, I think it bears mentioning that tackling genocide as a topic in one’s lyrics must always be thoughtfully done. I am not sure how much Duerr adds to the discourse on the concept; however, the general theme of the track is that genocide=bad. Such a message has to be constantly and vigilantly remembered by our society.

A newer facet of Shadow of Intent‘s sound that appears on Elegy is a more theatrical/narrative style that features prominently on tracks like “Life of Exile” and “From Ruin We Rise.” Such sections evoke an unexpected comparison to the theatrical/symphonic black metal of Carach Angren, but with the sonic devastation significantly increased. “From Ruin We Rise” also features some of Wiseman’s shout/singing – an element I’ve always wavered on when it comes to the band. However, on Elegy, I finally feel like the singing finally meshes well with the rest of the act’s elements. These performances actually add variety and melody to this and other songs on the album in a way that I genuinely appreciate.

The album’s other interesting elements come from the vocal features provided by scene legends like Whitechapel’s Phil Bozeman and thrash classic Testament’s Chuck Billy. Features alongside the impressive Duerr rarely paint the guest in a good light. However, both vocalists add something new to the songs instead of competing with Duerr’s monstrous performance.

With thirteen tracks, the album’s final quarter features the act’s signature inclusion of an instrumental – “Reconquest”, notable, among other things, for a rare bass solo in deathcore – and the three-part “Elegy” song-suite. In this final section of the album, the band more heavily leans into their progressive and atmospheric tendencies.

What seemed like a solid release from a band content to rest on its existing sound reveals more upon repeat listens. With more effectively integrated orchestral instruments and singing, ambitious lead playing, progressive song structures, and more theatrical sections, Elegy shows Shadow of Intent expanding their sound without abandoning what has made the act so popular or enjoyable. I look forward to hearing further evolution and growth from the band as they maintain their reputation as one of modern deathcore’s most consistent and impressive acts.