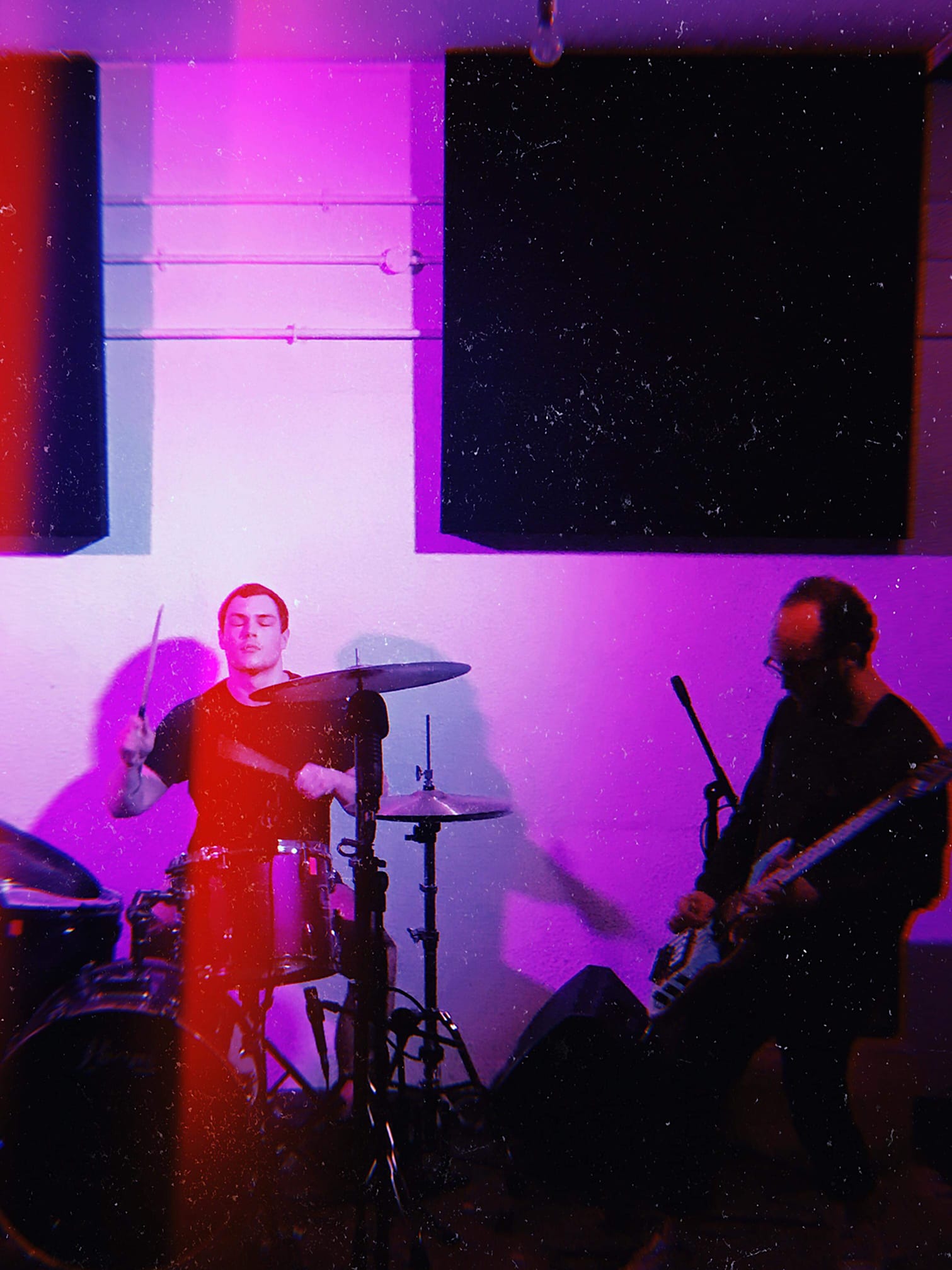 Some bands are just fully about expression. They don’t care about money or reputation – they just want to unfold what their creative minds meld together in their heads. One such band is this week’s featured artist: Archdruid. The duo, consisting of drummer Callum Whiting and bass player Dominic Coulon, play an improvisational, experimental mixture of post-rock, psychedelic and doom.

Naturally, we start at the beginning (who would’ve thought), in which Coulon experienced peer pressure in high school to be in a band. While not quite the peer pressure others have experienced in high school, Coulon fondly remembers that most of his friends were in bands, so it was only natural that he wanted to join in as well. At first he kind of winged it, while slowly building up the skills and experience where winging it wasn’t necessary anymore. What follows were a few years he spent receiving formal training. During this time, his skills and tastes broadened, and the fantastical world of jazz began opening up in front of him. Though formal training was helpful, what interested him most was the social aspect of playing in a band. As we all know arranging band practices can be quite hard and when he met Whiting through a mutual friend, the two decided it would be the best to create this project as a duo.

What followed was the creation of four quite interesting records. You see, while the two are essentially a doom band, Coulon, a self-proclaimed jazz nerd, said that the process behind these songs was purely improvisational, which gives their live shows and album performances a very personal note. The project was also created with the intention of putting the rhythm section in the spotlight of the music, combining organic playing, catchy and ever-evolving rhythms, as well as progressive textures sure to leave a lasting impression. To the writing process, Whiting said:

‘I feel like it’s just the natural progression of our playing styles intertwining that ends up weaving a hopefully intricate and progressive piece; the idea of it being a slow process is pretty much the antithesis of what we are, considering we rarely see each other or rehearse.‘

So now that you know how they came together and how they write, we have to tackle the name question. Where did the name Archdruid come from? I will let Coulon explain it:

‘I’d love to say it has some deep, thought-provoking meaning but it’s a Dungeons and Dragons reference. I’m a big fan of the fantasy genre and I guess it has close ties with the sort of music we play. We just kind of fell into using it and when it came to booking shows, we did so under that name.‘

To further add to the fantasy feel of the band, they list Om and Led Zeppelin as their influences for having fantasy-inspired lyrics. While Archdruid is a purely instrumental band, their music is still conceptual and builds upon layers and layers of sound to form soundscapes just as fantastic as their influences.

Personally I find their music wields some magic to draw the listener into a hypnotic world of sound.