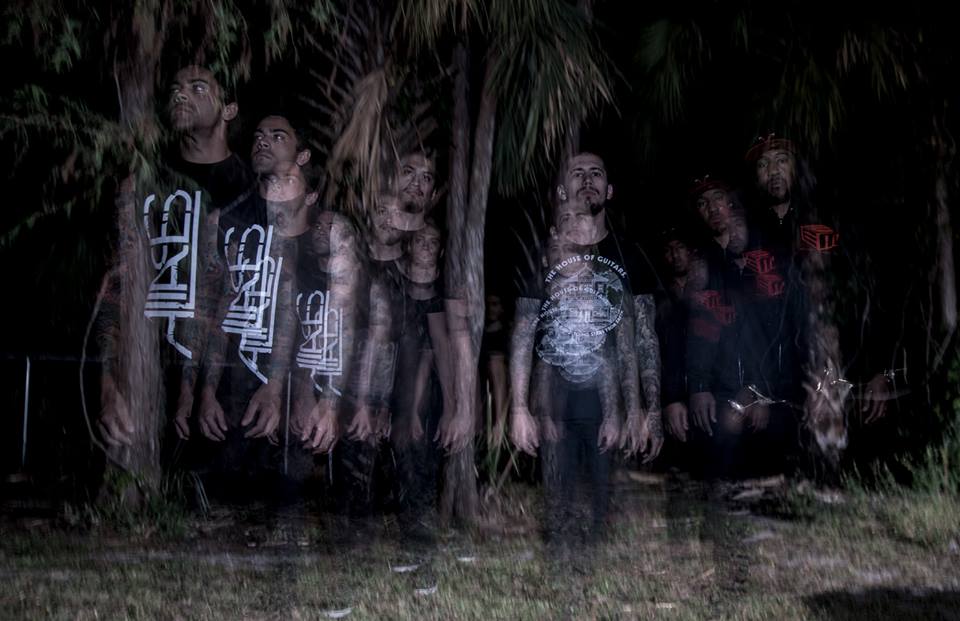 When I discovered LILLAKE in 2016, I knew I was onto something special. Back then, I was getting a little jaded with metal. There were definitely some stunners that year, but these were mostly from established acts like Anthrax, Killswitch, Megadeth, Dream Theater et. al. Where had all the new bands gone? Who was going to make the next killer album?

Then I chanced across LILLAKE. Nico Santora was initially teasing some riffs and ideas through Youtube and Bandcamp and released an idea that eventually became the track “Half Dead”. As soon as I heard it, I knew that this was the thing I was looking for. Realising that one of my favourite drummers was in the line up, Eric Moore, I couldn’t wait to hear the full release.

FROM A RIFF TO A DEMO TO BEYOND

What full release? At that time, only one other full track had been released, “Killing Game”. No info on a release date, album, tour or anything else. ‘Intriguing‘ I thought to myself, ‘How did they move from these small ideas to a full album?‘ The great thing about this job is that I get a chance to not only talk and write about music, but I also get to connect to the artists who make the music I love. I reached out to Nico to find out more about Become, how it all started and what was next for the band. This track was indeed just a single idea, rather than a teaser for a full album, as Nico elaborates:

‘For the first album, nothing was really planned as far as a release . . . I was ancy to just get the music out there just to see what the response would be like. I kind of said fuck it one day and released ‘Killing Game’. About a month went by, and suddenly Metal Injection, Metal Sucks, etc., all these different metal websites had caught onto what we were doing . . . The response was very positive and encouraging, so I put out another track to keep the buzz flowing and set a release date for ‘Become’.

Not only was this a modern experiment in creating a full album (put a track out → get feedback → do more) but it was also created by modern musicians in a modern way. True DIY, recording anywhere and everywhere, piecing it together and making it shine. They even released an EP of tracks before doing a full album release!

‘…the whole album, both musically and lyrically, was written . . . in my old apartment in LA. It started with the drums. I drove up to Eric’s house in Stockton with a buddy of mine, Raul Hernandez who helped me setup/record the drums, and we recorded everything in Eric’s living room from my Macbook using only 8 mics on Logic Pro  flew to Evan’s house . . . and we recorded the bass parts in his home studio. The final step was guitars and vocals. I flew to Naples, FL to record with my long time friend . . . Bill Pogan, and his brother Jeff.’

A lot of albums recorded like this sound stale to me, but LILLAKE’s debut, Become, was like a breath of fresh air. Combining slap bass (“Killing Game”), thrash arrangements (“Will It”), polyrhythmic noodlings (“What’s Left”) and Moore’s gospel chops style drumming, there was nothing like this out there. In fact, there still isn’t. From these humble beginnings, LILLAKE toured on the back of this release, supporting high-profile acts such as TesseracT, Megadeth and Meshuggah.

One of the coolest things about the album for me is the variation in vocal styles across the whole thing. From dirty screams and Henry Rollins-like whispering, to harmonised pop, it’s all there and creates a new and interesting mix alongside the music. Tracks like “Killing Game” even throw all of this together, seamlessly moving from whispering, harmonies and Steven Wilson-like choruses. The focus on this wide variety was very much the plan:

‘[Pushing for a wide variety] . . . was absolutely a conscious decision. We just want to be different and sound unique. A lot of these newer metal bands coming out these days sound completely identical both musically and vocally. The idea of a one-dimensional scream followed by diva-style singing just doesn’t really do it for me.’

I’d echo these sentiments. The vocalist is the key person who connects the music to the audience. Getting this right goes a long way to creating a great album. Not only did the variation in vocal styles differentiate this band, but the lyrical content hit hard. Now, every goth and Nu-Metal band and their dog has written about how ‘depressed’ and angry they are, but Nico’s lyrics, felt different, more real, more detailed. This, it seems, was coming from experience:

‘Mental health and anger issues is definitely a lyrical motivator, as I personally suffer from both. . . all of that stuff goes into the lyrics because I am definitely not the only one going through it. Many people struggle with the same things, so sometimes it’s good to bring these issues to light and show them that they’re not alone in feeling that way.’

For those who have suffered from some sort of depression in their lives, the lyrics from tracks like “Half-Dead” and “The Liar” will sound eerily familiar.

THE NEXT STEP FOR LILLAKE

The whole album is a powerful statement, and was my album of the year back in 2016. It’s still something I put on regularly to this day and, as I suspected at the time, this is an album that is going to stay with me for the rest of my life.

Moving on to 2018, what else have the band got in store? We’ll, mid-last year, I got word that Santora and co. were recording more music, and initially released a new track, “A Grand Possession”.

Was a new album on the cards and was this the first taster of it? Yes and No. In true LILLAKE style (never constrained to a traditional album format) they are recording a new release right now, but this track will not be on it. With their ‘new’ full time guitarist, Bill Pogan, the band are at it all over again, as Nico elaborates:

‘[With Bill Pogan] In about a month, we had written 7 new songs. Bill is like a riff/song factory and we work very well together in the studio. The new material is a HUGE step up from the first album and ‘A Grand Possession’. We basically took everything cool about LILLAKE and amplified it.’

From following their Facebook activity, it is clear that not only has the writing gone quickly, but the post-production is speeding long. The great thing with this band is that you’ll likely not have to wait long before hearing some new snippets and music ahead of a full album release.

The story of LILLAKE is a tale of the modern music industry done right. We’ve heard from every angle that technology is killing music and it is harder than ever before for bands to be recognised amongst the noise. Although that may be true, some things never change. You still need to start with a single great idea and a lot of passion. LILLAKE did just that. They created something small (a side project with a single riff, not even a whole song initially), used technology to help develop it and kept trying things, never giving up. Through this hard work, dedication and talent, it evolved into a fully fledged band, complete with tours, t-shirts and the whole shebang.

2018 has already been a stellar year for new music but there is definitely room for a brand new LILLAKE album and, I for one, can’t wait! In the meantime, check out Become and get familiar with one of the newer bands helping shape the sound of modern metal.

Support the development of the future of metal by following LILLAKE on Facebook and check out their releases on Bandcamp.