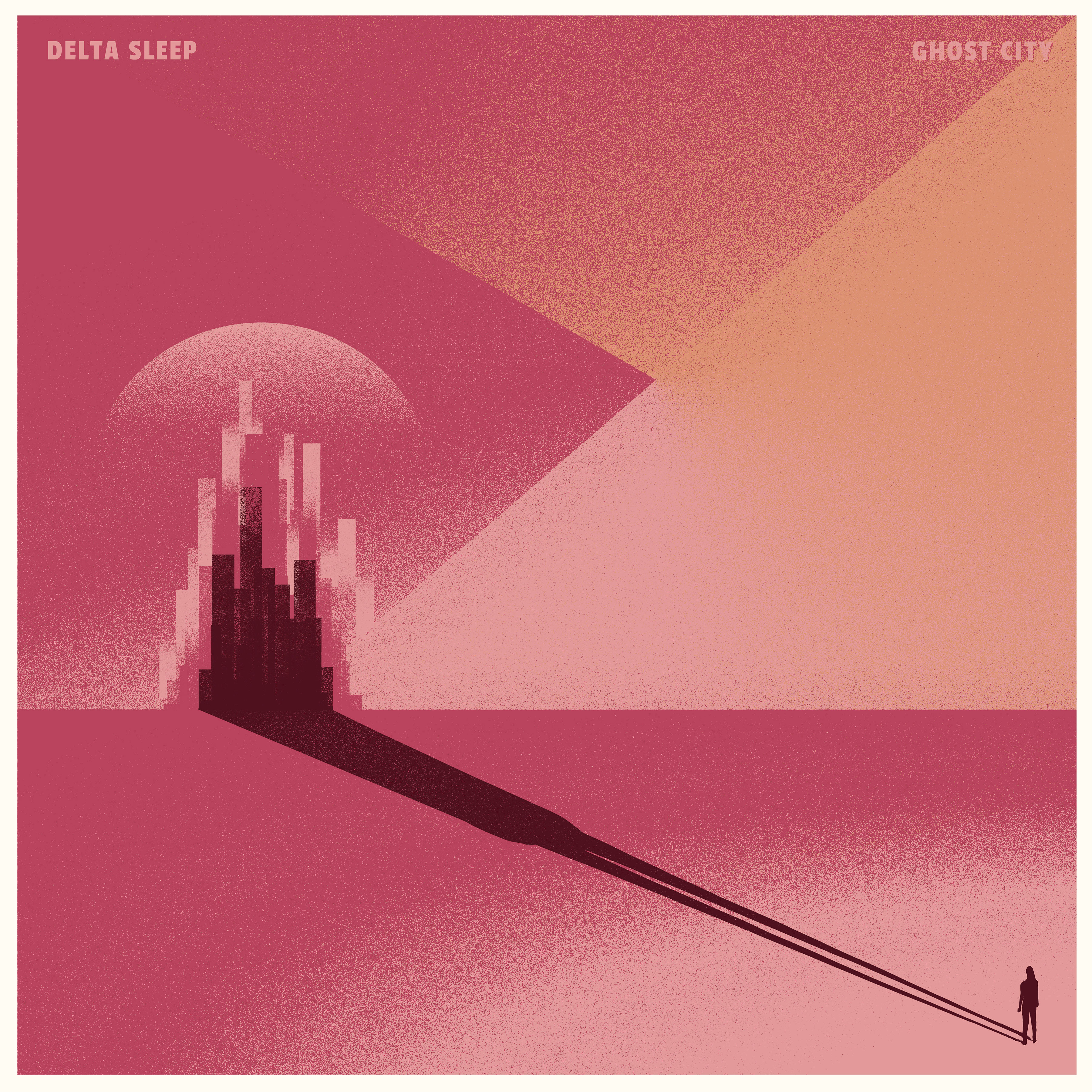 By Vidur PaliwalAugust 6, 2018 No Comments

Ghost City sees Delta Sleep continue their journey beyond the realms of math rock, bringing a rich mix of indie, electronics and alternative rock into their sound. A fun filled record bound to get the party started wherever it’s played!

Math rock as a genre is usually associated with complex rhythms and song structures. This often leads to bands mistaking complexity for engagement. Math rock, when done right, is supposed to be much more: a simplistic coherent structure on the outside that only reveals its complexity as one peels through the music. Only a few bands truly manage that and Delta Sleep are one among them, as they deliver a truly engaging record with their sophomore full-length Ghost City.

To the uninitiated, Delta Sleep are a four piece rock band based out of Brighton, UK. They first broke into the scene with their debut full-length, Twin Galaxies, in 2015. The album saw the band bring their own unique and fresh mix of alternative rock, math rock and electronic influences into the math rock community. Ghost City sees the band build on the sound of Twin Galaxies, as Delta Sleep expand their sonic reach even further. By incorporating indie/emo rock and ambient influences, while still retaining their roots in math rock, Ghost City seems to not only be the best work of Delta Sleep to date but also a prime contender for one of the best albums of 2018.

What is evident very early on is the thought and process invested in crafting Ghost City. It almost feels as if the true beauty of the music on display is enjoyed only when the album is consumed as a whole, rather than listening to the record’s individual tracks. Opening with “Sultans Of Ping”, Ghost City unfolds its layers one by one, gradually increasing in tempo before hitting the crescendo. In a stark contrast, the album closer “Afterimage” brings down the curtains with an acoustic rendition of the powerful opener, almost reflecting back on the journey of the record.

The band’s musical growth shines as they demonstrate the willingness to experiment with new directions. “Ghost”, a small segment connecting two larger tracks, dabbles in a Cigarettes after Sex-esque dream-pop culture while keeping its feet in math rock territory. “Glass”, on the latter half, pulls the same feat, but this time around dabbling in ambient electronics and soundtrack ecosystems. These moments not only help keep the music engaging, but also draw the listener’s complete attention for the succeeding track. This is how “Single File” becomes a high point on the record. Showcasing the experience gained by Delta Sleep over the years, it seamlessly weaves together unorthodox time signatures and rhythms, while being almost ethereal in the lighter moments and completely crushing in the heavier segments.

The band has always had an indie/emo rock edge to their music. While these influences were only hinted at in Twin Galaxies, they are further compounded upon and really well developed on Ghost City. “El Pastor” shines out as a perfect example, with the emo rock style vocals finding a good synchronization with the more straightforward math rock style employed, almost reminiscent of labelmates Tiny Moving Parts.

Over multiple spins, one quickly starts tapping to the rhythms on Ghost City and that alone makes this a truly enjoyable record. But, one still feels that the band is playing in their safe zone. I would love to see Delta Sleep truly stretch their wings and I say this because I believe that the band can actually pull it off. The musicianship shown on Ghost City shows the maturity and experience in Delta Sleep is subpar to none, and if Twin Galaxies brought the attention of the math rock community, Ghost City will definitely propel them even further.