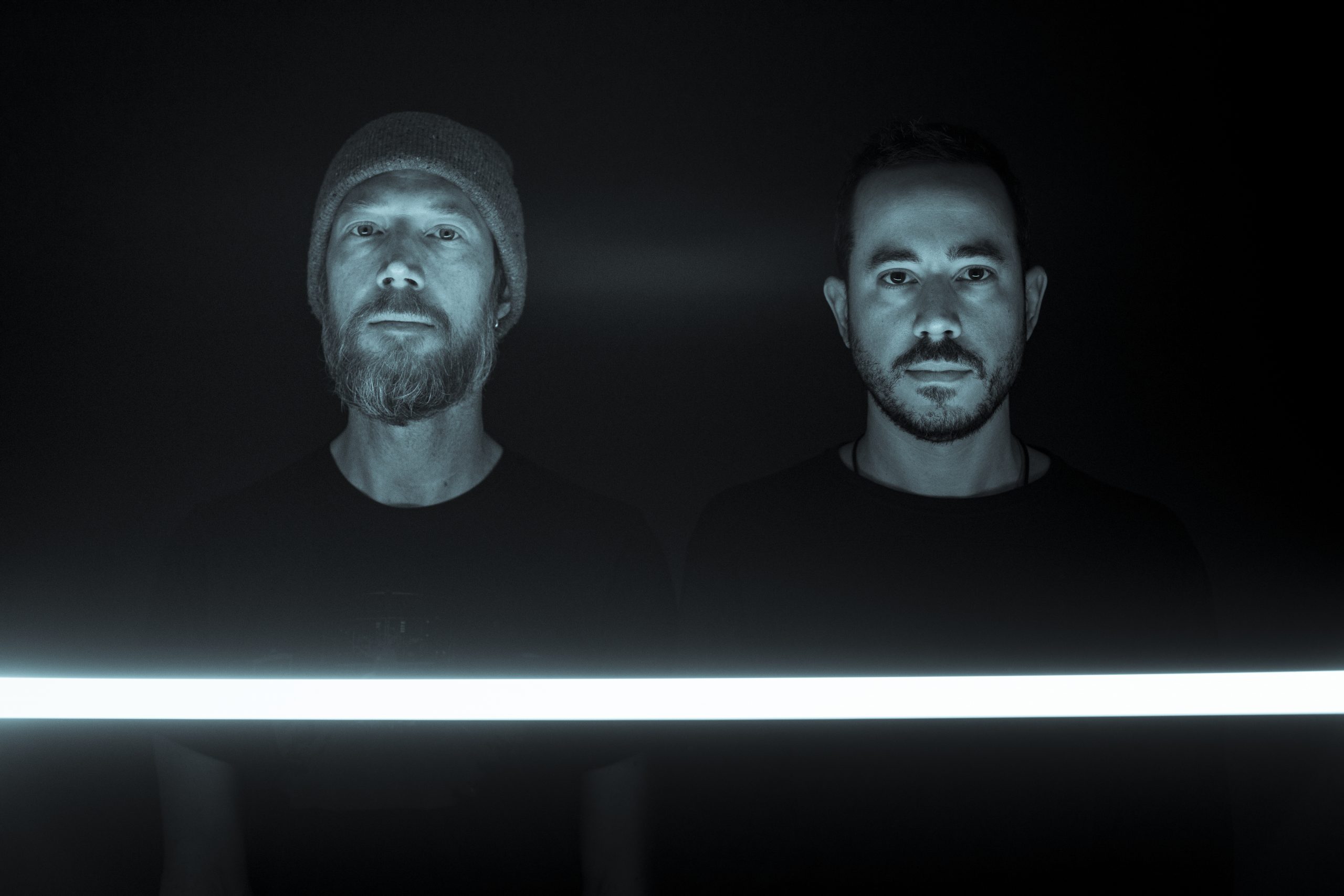 Zombi return from the dead, even though they never died, to show us a few neat new tricks with 2020, probably the most unfortunately titled album from this year yet.

About five years ago, I was super into synthwave stuff. A lot of people were. It was a genre that shared a lot of overlap with metal and heavy music in terms of listener base. Lots of blogs and sites that focused on metal also dabbled in showing off some darker, heavier synth-based music like GosT or Carpenter Brut. Coincidentally, this is also around the time I discovered Zombi and, to my recollection, I found it through the little circle of metal culture I occupied. They’re a duo made up of Steve Moore (bass, synths, guitars; also did great work in Miracle) and Anthony Paterra (drums), named after the title of the classic horror film Dawn of the Dead when it was localized to Italy.

Now, Zombi is an interesting beast because while they laid the synths on pretty heavy, I always felt the foundation of their music was their rock side. A lot of their compositions tend to have some density to them or perhaps a foreboding mood, especially on this new album, but they’re hardly what most would consider ‘metal’ – which is fine by me. I’m long past my phase of needing something to be cruelly weighted or Mach 9 fast in order to enjoy it. Lately, I’d rather chill a bit with some neat grooves and multilayered song structures with good writing. Guess what 2020 brings to the table?

I meant 2020 as in the album of course, not the year. You see how I italicized it? That means it’s the title of an album or other project. 2020, the year, has been a supreme dickpunch that none of us can hope to escape unscathed. This makes me wonder what the motivation was behind titling this album as such. This album is not a dickpunch, nor is it disappointing, a missed opportunity, sickly, or marred with repeated violations of human rights committed by state entities. It’s just a really good album; pleasant, one to take your mind off the other stuff, if only for a little bit. After all, we can’t become complacent in the face of true evil, right?

Anyway, music. While the progressive stylings were relatively light in Zombi‘s previous efforts, here they’re ratcheted up considerably. The calculated and diverse synths are contrasted cleanly and organically with live drums and guitar, including the most impressive bass I can recall on any of their albums I’ve heard. The mixture is endearing – always has been, even if it was getting a little stale in the past decade.

2020 shakes off much of the expectations as well as any monotony you could possibly levy at the duo. In retrospect, this is likely because the synths were a little too prominent more often than not, and they played similar roles and filled similar melodic holes from song to song. This album, though very much still Zombi, kind of reassesses the importance placed on all of these elements. You couldn’t have a door-kicker like “Breakthrough & Conquer” without that sort of structural change. It’s a rock song first and foremost – you can tell by the bold drumming that edges on a harder, almost punkish energy, as well as the energetic guitars. It’s a fierce opener, one that feels more deliberate and surgical than they’ve written before.

For fans of their last album Shape Shift, or just their slower side in general, you need not look far to feel at home. “Earthshaper”, 2020‘s second single, lurches in the tracklisting, especially considering it comes right after “Breakthrough & Conquer”. It’s spacier, something comfortable for the band, but each element sounds like it’s running at half-speed as a result. The oscillation of the synths that splash a cosmic black scenery in the background is matched only by the cymbal splashes on Paterra’s drums. Guitars establish a tight groove early on and don’t relent until the next song, which returns to a more vigorous rock base and sinister tone.

That’s an underappreciated thing with a lot of more subtle synth music, Zombi included: atmosphere and mood. In the past, open soundscapes like the one on “Earthshaper” were prominent, commanding a trepidation that’s also present in horror movies like the one the band pay homage to in their name. Here, things are more constricting and claustrophobic. “No Damage” is ominous and mysterious, but still earthly – if any horrors were to be found, they’d surely be corporeal, tangible, and comprehended by the human mind. To some, this is more scary than anything the supernatural could conjure. It’s a feeling Zombi capture better here than any other album I can recall.

I mentioned some impressive bass earlier, and the song I had in mind when I did so was “XYZT”. It’s playful and breaks away from the lovely ascending scales of the guitars to flourish within the mix while synths sparkle and shine in the back. There’s even tinges of psychedelia here as a result, something they’ve always flirted with by their very nature. Other songs like “Family Man”, which is classic Zombi through and through with its ray gun synths, utilize the bass in a more melodic fashion, but it never fades away to the background. I love when a band respects all the instruments equally like that.

As we travel to the backend of 2020, things may get more familiar for the long-time fans. “Mountain Ranges” reconciles their more rock-forward approach with their synthier past. “First Flower” sees a struggle emerge between the synths and other instruments for center stage dominance, the only clear winner being the listener, as it’s a good song that dabbles in the best of both worlds. After that though, we see a marriage of synth and guitar with the beefy closer, “Thoughtforms”. Again, a bit more rudimentary for Zombi, but in a way that feels self-referential and charming, showing off some classic rock tendencies in the arrangement of the track before fizzling out like a doomed distress call from space.

Now that I think of it, it’s kind of weird to be listening to new Zombi in 2020, no pun intended. I’m only 30, so their last album was one sixth of my life ago, which was also when I discovered them as a whole. To put myself back into that mindset as part of my enjoyment of this record is weird – I felt like a totally different person then, probably because I was a totally different person. Just as the duo have pushed themselves forward and broke through some limiting barriers, so have I though, and in that I find a weird companionship with 2020, the album. Though I can assuredly say something about this album that I can’t definitively say for myself: it’s an enjoyable listen, able to soundtrack any activities you find yourself doing.

So, my thinking here is that if the first half of Zombi‘s 2020 was new, unexpected, and more uproarious than its second half, we can only hope that 2020 – the year, this absolutely terrible set of days we are adherent to simply by existing – follows suit by offering more calmness, easygoing fare in its own latter half. But who am I kidding? Time is a human construct, as are most of humankind’s ills. We are doomed to repeat our mistakes until our inevitable destruction. Our hubris will end us all. At least I, and Zombi, were kind enough to show the world we could do something different, that we could be better. Anyway, 2020 is great – the album, not the year.