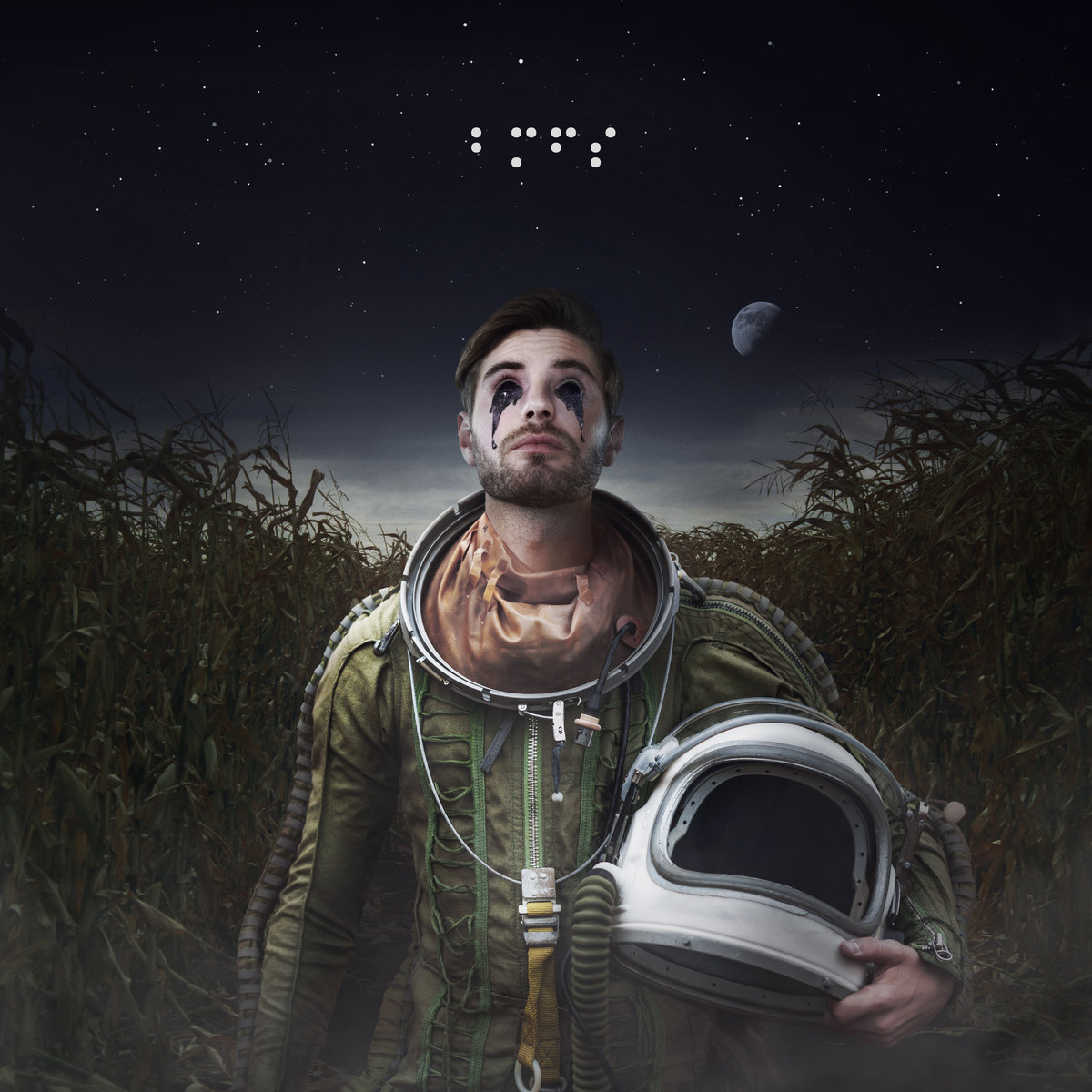 Break My Fucking Sky break the fucking silence with an awesome new album.

I’ve been waiting for a new Break My Fucking Sky album for nearly five years now. My first encounter with the band was almost six years ago, not long after the release of Eviscerate Soul. It was a very interesting encounter, as the band was recommended to me by a close friend who usually bugs me for recommendations. I love situations like this, but I loved Eviscerate Soul even more. It went, alongside the rest of the band’s repertoire, in something of a periodic rotation in my playlist.

I was captivated by Eviscerate Soul for basically every part that comprised it. In a nutshell, it is a progressively inclined approach to atmospheric rock/metal with electronics and piano sprinkled through the cracks. The dreamy textures and scintillating melodies catalyzed by the concept and the imagery, truly hearkened to a soundtrack for roving throughout the cosmos. Blind is the band’s newest creation which only has a few singles between it and Eviscerate Soul.

Blind retains the body and trademark timbre that we have been acquainted with on past releases; however, it makes some leaps forward. I want to start with a few words on some details that struck me. The album art stays true to the cosmic theme of the band, featuring an astronaut with his helmet taken off, standing in what appears to be a corn field at night. He faces the sky above him, with some black fluid oozing out of his eye sockets. Above him, an abbreviation of the band’s name is written in Braille. I’m not sure what exactly is behind the symbolism of the lack of sight that is featured here, but I love how the details go hand-in-hand.

While Blind is fairly digestible overall, it comes in a package that spans a good one hundred minutes. Even with such an extensive runtime, it doesn’t feel tiresome or redundant at any given point. That itself should be enough to speak to what kind of an album it is. The record is split into twelve songs and it is the kind of album that makes it difficult to tell when one song ends and another begins. This cursive feel between songs gives it a nice sense of flow across the whole journey.

As opposed to its predecessors, Blind undergoes a more cohesive build in terms of overall structure, while emphasizing and further fleshing out the progressive element of the music. The biggest difference is the apparent lack of piano. I say apparent because it is there, albeit masked between the layers and the synths. I was a tad let down by the piano missing its strongly acoustic and authentic sound within the songs. However, the synths and the processed piano make up for some of that.

Much like its predecessors, Blind, in terms of dynamics, runs the whole gamut from sparse, soft, and laid-back to intense, epic, and lushly textured. Right off the top of my head, a good example for this contrast would be the distance between what goes on through the second minute of “Before we meet in the dark” and the first minute of “Seven”. Also, it’s not often that I can name highlights on a record, but here it’s quite easy. The climax arrives through the course of “Murphy’s law” and the title track, “Blind”.

The final step in the line of improvements Blind brings to the table is in the entire palette of sounds that is used. The production is simply pristine and it crafts a lovely stage for every layer. Of course, this makes the choice of instrumental tones shine all the more. When layers start to stack, nothing is lost, everything is well defined and aptly articulated within the allotted space. Same goes for the easy going passages where it feels like every sound particle is perfectly voiced.

From an emotive standpoint, the album also makes a great job at fleshing out moods and creating authentic atmospheres. As such, the whole affair becomes much more immersive and engaging, especially when compared to previous material. While all the moods are basically the same at their roots, the way they flourish throughout is very refreshing. The record is imbued with a renewed sense of depth, akin to that sense of drifting through space which is paradoxically warm and cold at the same time. I feel that this particular disposition is very well captured in “The drowned lake”.

Break My Fucking Sky isn’t fucking around. While it’s been quite some time until the band’s new tunes saw the light of day, it was definitely well worth the wait. You have to be blind not to recognize the potential and quality of Blind. This album will surely be rotating in my playlist for years to come as I’m sure it will for some of you as well.