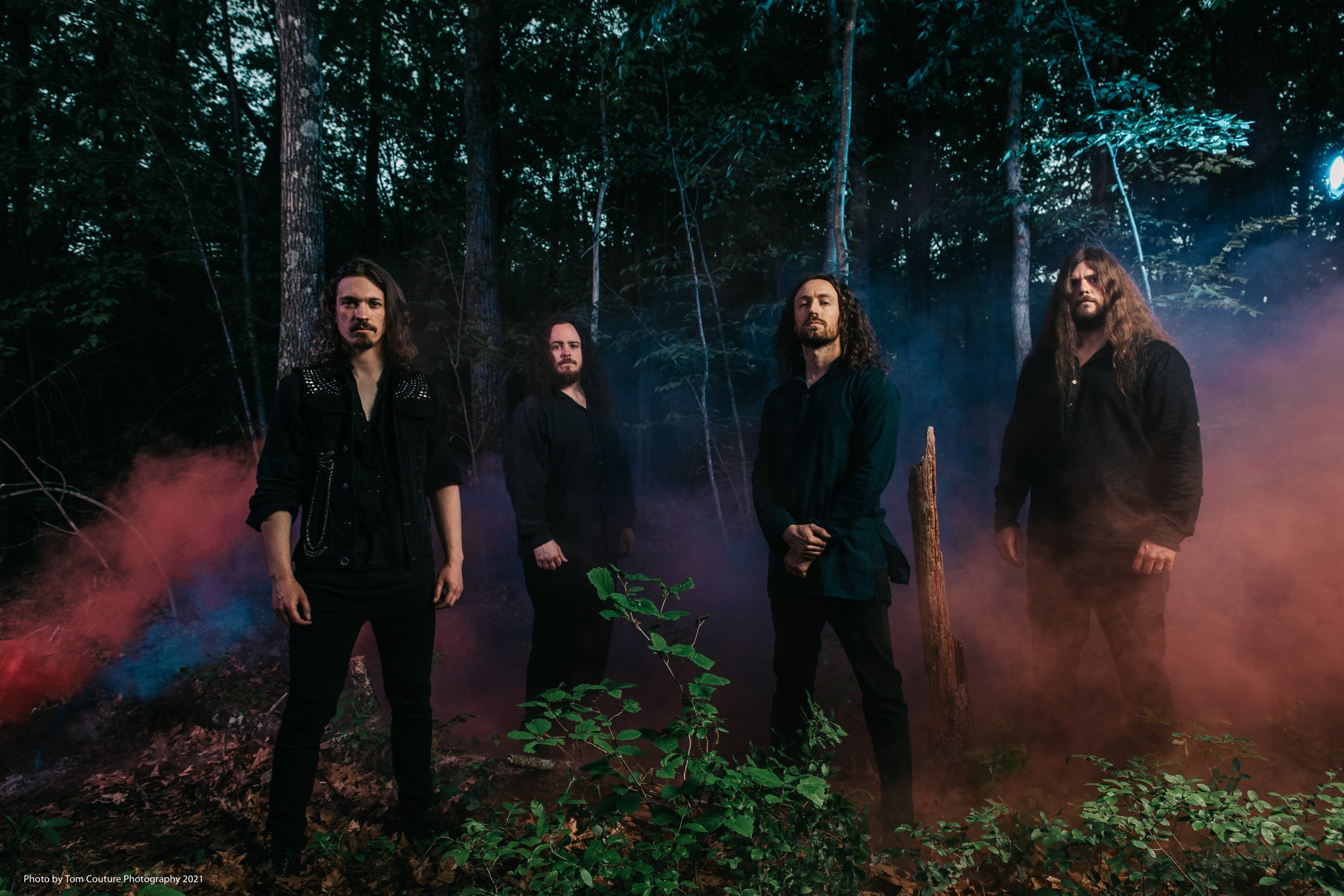 By David RodriguezJanuary 6, 2022 No Comments

Say hello to Wilderun, one of the best metal bands out right now and makers of 2022’s first landmark album. Epigone is vast, entrancing, and fantastic in all perceivable ways.

I recently had to evacuate my apartment due to wildfires that came very, very close to me with little possessions – mostly things that were irreplaceable and bare essentials. It made national news. There was a stark possibility that first night that I could lose everything else I owned, not to mention the place I live itself. Luckily for me, I’m back at my apartment, and everything’s fine days later except a lingering smoke smell that’s mostly gone, and I’m boiling water until further notice – better than much of my community who did lose it all. Needless to say, it was a very wild end to an already trying year. I’ve been in need of an escape, but, you know… more of a mental getaway, not one where I need to leave all my stuff behind to an uncertain, potentially very hot future.

Opening up the new year with one of your favorite bands dropping a new album is funny. Gives me a weird sense of hope, like maybe things’ll be all right this time. Maybe the changes I foresee in my own life will go well. Maybe the ones I can’t foresee will level out to my benefit. All I know is that there will be good and bad. I’m not one to debate the nature of fate or destiny, but there’s one thing for certain, and that’s Wilderun dropping an album that provides the sort of warm, fantastic escapism I crave – deserve I’d say. How have things fared since 2019’s absolute ripper of an album, Veil of Imagination? To be clear about it upfront as the rest of this review will be more broad: it’s fucking amazing.

When Veil dropped, it was almost out of nowhere for me. I hadn’t kept up with the band well. Here was this new album that came late in the year and shattered what I had naively believed had settled. After all, no one releases music after early November, right? Epigone‘s arrival was very much telegraphed. I saw the band sign to Century Media, release a killer Iron Maiden cover playthrough, and shovel coal into the engine of the hype train for this album late last year. They’re just the kind of band that can sincerely back up the scale of their expectations with the scale – and quality – of their music, or even exceed it.

Wilderun is capital-E Epic – a word that’s all but lost meaning thanks to its overuse in meme and internet culture throughout the last 20-ish year. Just listen to “Passenger”. Even its truncated ‘radio edit’ shows the larger-than-life presence the band have. Orchestral elements, choral vocals, massive instrumentation that quickens and relaxes in luxuriant and cinematic fashion, and introspective lyrics that really resonate.

“Woolgatherer”, the longest track on the album, is flush with those sorts of moments. It’s a little over 14 minutes long and the way it progresses from movement to movement is just sublime. Acoustic guitars accent those quieter moments along with more folky fare (I believe I can hear a mandolin?) and string arrangements elevate the whole thing to another plane. I was serious when I said it was epic. I’m certainly not looking at my (non-existent) watch or tapping my foot when I listen to this track – I am replete with emotion and an intrepid spirit that I just don’t get from many other bands except literal legends like Devin Townsend.

There’s a lot of harmony, melody, and order to Epigone. Much of the album is spent being as palatable as the admittedly broad boundaries of progressive metal allow, but, you know, we’re not dealing with just any progressive metal band. Wilderun have never been cleanly boxed in and that’s why I like them so much. I get the sense that no idea is too big for the quartet – as long as it’s well-written and executed, and makes tonal sense, it’s fair game.

This sense of adventure and anything-goes attitude is how we got here. So it’s with that approach that you also get moments like “Distraction II” with its dissonant black metal-esque breakdown before the somber, tenuous mood of “Distraction III”, or how “Distraction Nulla” has just about as much unfurled chaos as is possible without being classified as a noise song, like the primordial ooze was inverted upon itself in a divide-by-zero situation, or the music was actively being swallowed by a black hole. It’s this acute darkness that lies just under the glimmering surface of Epigone‘s folky forests, faries, and waterfalls; or their bulwarks of metal heft unscalable by those without the heart to endure.

On “Passenger”, there’s a massive bridge between two big sections where the lyrics go ‘pain’s just a passenger in spite of the author‘ which is a wildly relevant line to me, and I think many of us. Pain is an inevitability, and you’ll hear a lot of people say that you need the bad and the pain to enjoy the good and the joy. A good companion saying is ‘this too shall pass‘, reminding ourselves of the impermanence of our current state(s) – good or bad – and how the flow of time will always bring new experiences to us, even if they’re similarly flavored.

This is a powerful tenet of Epigone, whose name can be synonymous with not being or feeling good enough, within yourself or as graded by others. It’s a cause of imposter syndrome – ‘I’m not as good as this other person, so why am I here? I don’t deserve to be here. I am a fraud.’ Sometimes we lose sight that we perhaps shouldn’t compare ourselves to others and only seek to improve upon yourself, in whatever direction that means. After all, change is often not linear, and regardless that person who’s ‘better than you’ goes through the same struggles of value and confidence that you do.

In that sense, I can’t find a way to practically compare Epigone to any of Wilderun‘s other albums – so I won’t. That’s not the point, is it? Here, we’re faced with a darker tendril of the band’s impossibly wide, cephalopodian reach, each one representing their diverse modes of thought and creation. Not everything they make can, will, or should be Veil of Imagination 2. The band clearly set out to do something different, in spite of a repelling pandemic, in spite of the malaise the entire world seems to have felt these last two years – pain in spite of the author became creating in spite of the pain.

In the end, Epigone is exactly the kind of work I expect from this band, slanted in a way I didn’t exactly foresee and therefore was a pleasant surprise. The message I took from this album is one I know too well, but sometimes forget when I’m drowning myself: push through. Look deep within yourself and pull out what you can to get you through. Reflect. Get support. Give yourself grace. Do your best, whatever that is for you. Somehow, I get the feeling Wilderun are rooting for you. And so am I.