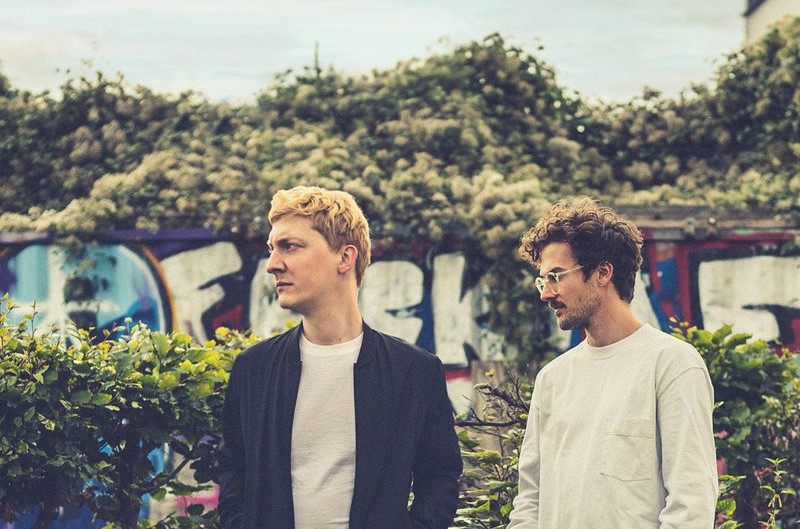 By Robert MiklosJanuary 6, 2022 No Comments

German duo AUA debuted in 2020 with a lush full-length titled I Don’t Want It Darker. They’re back pretty soon with a follow-up to that: The Damaged Organ, due for release in little over two weeks. Judging by the musical directions set by I Don’t Want It Darker and the singles from The Damaged Organ, respectively, we see a steady upward trajectory. The sound of the band is almost impossible to define, in spite of it feeling incredibly familiar and grounded. Today, though, we’re talking about the fresh bite we’re getting out of The Damaged Organ. It’s the fourth track, and it’s titled “Brick Break”.

You can listen to it, like, right now. Before that, though, I’ll spend some words. We witness things going smoothly between some kind of oddly stripped-down psychedelic rock, retro-futuristic electronics, dreamy and noir pop, and a bunch of other stuff across the debut. Things tend to revolve around a steady pulse, with smooth vocals driving the narrative, which are accompanied by various ornaments and flourishes. It seems that the gist of it will stay the same on I Don’t Want It Darker, but somehow taking things further – at least that’s what I could tell from the singles.

“Brick Break” is short but pretty effective at delivering its contents. Like other AUA songs, it focuses on some pulse, in this case a steady and fuzzy groove, which is lunged towards us in slow motion via a detached and languid vocal line. I would say things almost veer into drone-esque territory, but it never really gets there. There’s something weirdly nostalgic about the band’s tunes, this song included, and I can’t figure out what it is.

The adjacent video to “Brick Break” is incredibly confusing if you ask me. I’m not sure I can follow what the deal is with our ‘main character’ and what we’re supposed to feel for him literally sleeping on the job. I also don’t see how one and a half minutes of credits in a music video are justified in any way, especially since our entire video is just a pinch over five minutes long, although I dohave to admit that this is some neat story telling to convey so much in such a short amount of time, both aurally and visually. Anyway, that’s just me; go listen and watch now if you haven’t already!

Oh right, before I forget, make sure to check AUA on Facebook and/or Bandcamp too if you dig their schtick, and visit Crazysane Records to preorder The Damaged Organ!