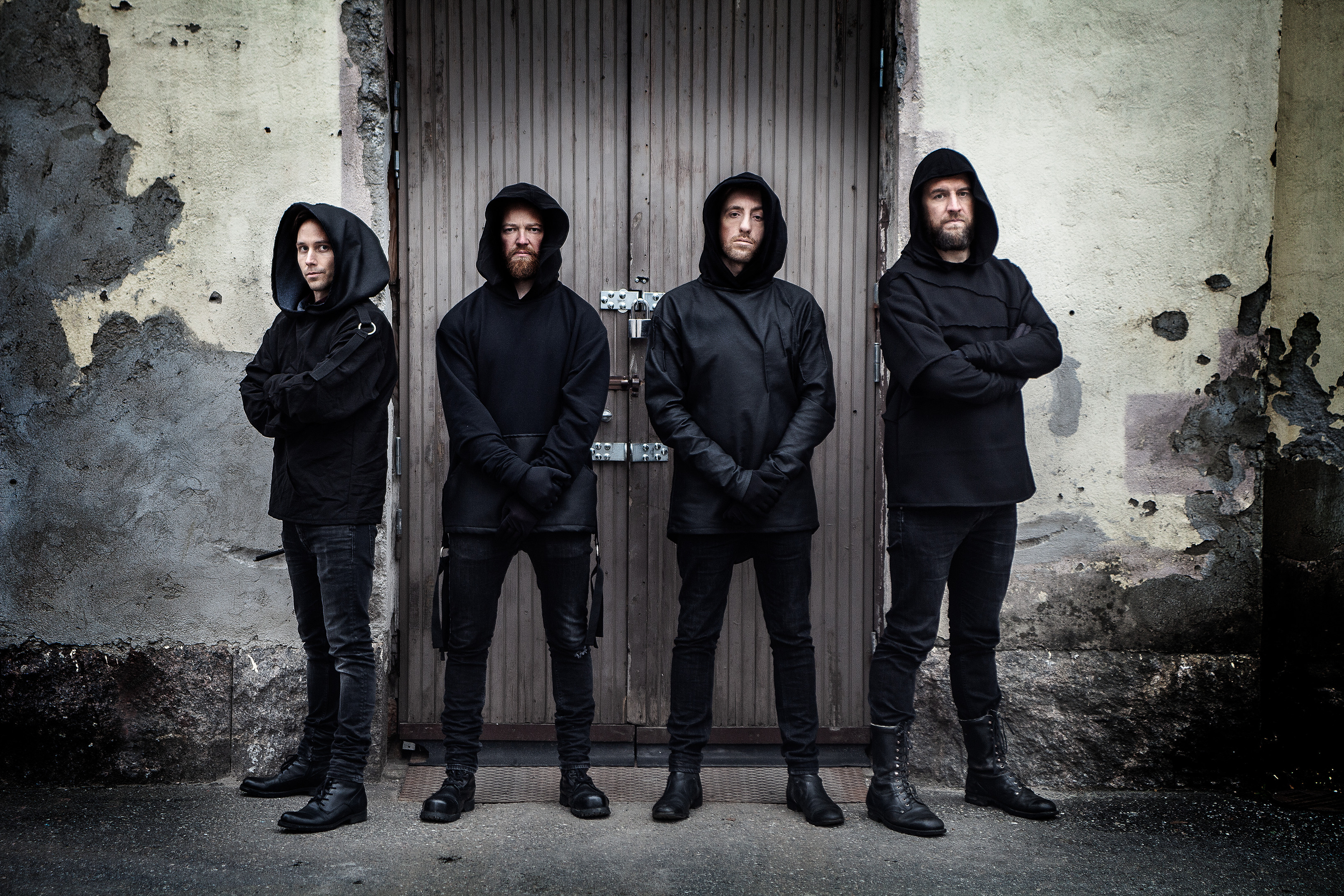 Moving Backwards mixes the familiar, accessible elements of grunge with the intricacy and thoughtfulness of prog to help Wheel create a decent debut album.

Building on the momentum of two previous EPs, Moving Backwards is the first full album from Wheel. When it comes to the longer format, could the band keep my interest over 50 minutes?

Having never heard the music of Wheel before, I was coming at this album as a total newcomer, with no previous expectations. Sometimes this fresh perspective can be helpful. The first track, “Vultures”, eased me in gently, with a commercial sounding, riff-driven, verse-chorus affair. Modern progressive metal with a twist of grunge. Soaring vocals and punchy drums ooze quality right from the get-go.

It was a great start that hooked my interest. Would the rest of the album follow this format? If so, I was worried that it would soon get tired and generic. Would this be another pseudo-prog metal band looking for the next radio hit? I needn’t have worried.

The track “Wheel” starts to give the band a chance to get more experimental. Thundering cinematic drums lead into a polyrhythmic jam, including guitar soundscapes and fruity bass. Think Breaking Orbit or Tool and you’ll not be far wrong. Now this is getting interesting!

I thought “Wheel” might be just an instrumental jam at first, but when the vocals enter, the song really starts to take shape, the melodies moving from clean to aggressive as the syncopated riffing notches up. This is one of those tracks that’s going to get better after every listen. At 10 minutes long, “Wheel” has an excellent ebb and flow that shows the dynamic ability of the band. Giving it room to breathe makes it become something more than ‘just another track’ on an album. It becomes something that shows what the band are really capable of, outside of the confines of the usual song format.

Just as I was getting over the intensity of “Wheel”, I’m presented with another 10-minute opus. It might seem too much, but “Tyrant” starts off with laid[-]back grooves and atmospheric vocals, a good respite. A nice touch is, instead of building and building to the inevitable massive high-energy ending, the track shows maturity and pulls back the dynamics to a subtle, naked, bass-driven ending.

The final track, “Lacking” is another nine-plus-minute epic that focuses again on atmospherics and polyrhythms, giving a thoughtful and considered ending to the album, even if the Tool influence is a little too obvious at times on this one.

In between these epics, Moving Backwards still has time to serve up some other interesting and accessible modern prog metal. “Up The Chain” brings back some of, what I now hear as, the key elements of the band; polyrhythmic palm muting, snares-off drumming and thundering bass. Mixed with the more ‘commercial’ vocal melodies from James Lascelles, it creates something satisfyingly head nodding.

“Skeletons” combines “Spoonman” and Tool-style twangy bass into an atmospheric slow burner. “Where The Pieces Lie” features a flurry of grunty riffs and time signatures, but gets lost between the other quality tracks, however.

Overall, these shorter tracks have a nice balance between super accessible song formats and more interesting musical interludes and sounds. This kind of sums up the feeling I get from Wheel, they’re a band still trying to find their own sound, but at least they’re not afraid to experiment a little.

The grunge influence is something that Wheel wear on their sleeve. To be honest, this is a blessing and a curse. These influences might be too ‘on the nose’ at times, but it is also something that helps the band stand out (ironically) and gives them an interesting sound, rather than yet another djent band doing the rounds, for example.

Going back to the album format, Wheel have really thought about what this means to them. They plainly have the ability to create commercial sounding, hook-driven rock (“Vultures”) and could have just hammered this home over the full 50 minutes. Ultimately this would have created another generic prog-metal album to add to my ever growing pile of ‘has-beens’. Instead they’ve showed great maturity and thought carefully about what can really be achieved in the studio, namely interesting arrangements, great soundscapes and polyrhythmic grooves. The end result? A pretty polished debut album from Wheel.

This is a great start to their year, which also sees them supporting Soen on tour (a great fit). I’m looking forward to hear how their sound can develop into something a little more unique, and show what else the band have to offer, in the future.