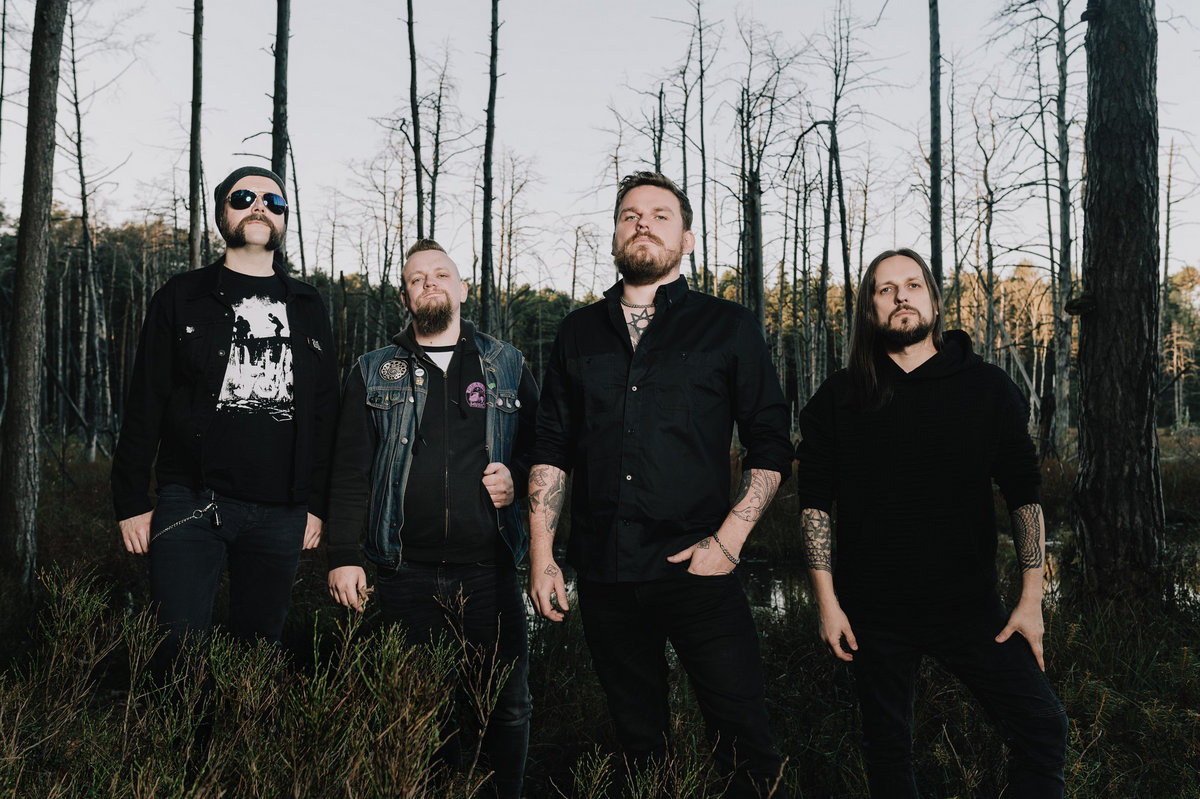 By Pete OverellDecember 19, 2021 No Comments

Weedpecker are a special kind of stoner rock band, who have evolved constantly over their four-album career. I & II are very much your traditional stoner albums, which leant heavily on the blues rock side of things and had semi-growly vocals to boot. III, which I reviewed back in 2018, then completely shifted their sound on its head, introducing a psych-rock layer that felt like you were flying in the clouds for a solid 40 minutes, with ethereal vocals and this calming bass wave that seemed to stay with you from the first track to the last. With IV, I had no idea which direction they would take next, but with such solid foundations, it seemed hard to believe they’d take it in a direction I didn’t love and adore. With strong debuts from other bands, like Turtle Skull, in the same sonic space as Weedpecker, it was in their hands to unleash another album of the year on me.

And in ways, it is. Throughout a number of tracks, they expertly recreate and develop on what they’d created in III, sometimes even creating better vocal hooks and more bombastic riffs. Yet, the whole spectacle doesn’t really fit together, largely in part due to the less-than-adequate mix. Tracks have differing volumes, basslines are far too present and overwhelming in the mix, and the vocals sound like they were dialled in over Zoom. I requested a higher-quality recording (having been given 128kbps to begin with), but even that hasn’t done too many wonders in firming up the airy and often hollow mix.

The opening of the first track will give you a taste of what I mean. The chaotic beginning, with effects applied to vocals that are already modified, is a ballsy move, and once it ebbs away you are awash with a feeling of relief as Weedpecker get down to brass tacks with their staple sound.  The track has a great chorus and really hits home why the new style of vocals they’ve employed since III is so much better than the bread-&-butter sound of the stoner rock genre. They keep you aloof and trapped inside the herbal kingdom that Weedpecker are so good at creating, similar in ways to Elder and Slift. The effects and way the composition thickens as the track progresses are brilliant, with synths harkening back to mid-’70s prog and psych rock, whilst the grooves and jams keep you locked in 2021.

The second track, “Fire Far Away”, and one of the singles released so far from the album, is the track that suffers the most from an overly present bassline. This thing sits right dead centre of the mix and thunders in line with the vocals too much, creating a stuffy, stifling experience. Yet again, though, the song is well written, with some great peaks and contrast that really hooks the listener in and sends you on a journey.

For me, however, it is the title track, “The Stream Of Forgotten Thoughts”, that actually hooks me into this album. It is pure III from start to finish. Aloof, carefree, and dreamy to begin with, contrasting later in the track with tons of fuzzy distortion and a massive climax, this track is your essential Weedpecker sound. It is subsequently followed by “The Trip Treatment”, which sees the band jam out like crazy, starting with the string compositions they used so well throughout III and morphing into a full Papir-style session, it might be my favourite from the record.

The orchestral strings mentioned above really add such a unique flavour to their stoner rock, it makes Weedpecker  unmissable in the vast pool of bands in this genre. Whilst I agree with them not overemploying it in songs, it would’ve been nice for them to build and develop on it more than they have since III. Back to the core instruments, and this track sees the mix really normalise compared to the other tracks. Everything feels organic and in the right place, and weirdly, that might be because the vocals were excluded throughout the song. Too many cooks in the kitchen, maybe?

Now, I grew up listening to a lot of blues rock, so the inclusion of the much more chaotic “Big Brain Monsters” is a yes for me, even with it being a huge switch from the two songs prior. It’s a stormer of a track, worthy of comparison to the legends of old, with big guitars and a great introduction of vocals 75% through the song.

The final three tracks are pretty damn lacklustre though, and whilst they migrate more to the III side of things, they just didn’t capture me, and often I found my music player cracking onto the next album before I realised what was happening. Whilst “Unusual Perceptions” brings back the orchestral overlay I love so much, it doesn’t hit as hard as it did earlier in the album, and the track washes over me after a sharp jump into some jammy psych rock.

Have I just worshipped III too much these past few years? Likely, and I’d also suggest that the pandemic hasn’t helped Weedpecker with securing a better mix for the record. IV: The Stream Of Forgotten Thoughts was mastered by the same wizard as III, but wasn’t recorded or mixed by him, which for me explains the big disparity in recording quality between the two. Nonetheless, it is a great record if you want some stoney jams and some cool vocal hooks to get into your ears. We look forward to seeing what these guys roll out next time.