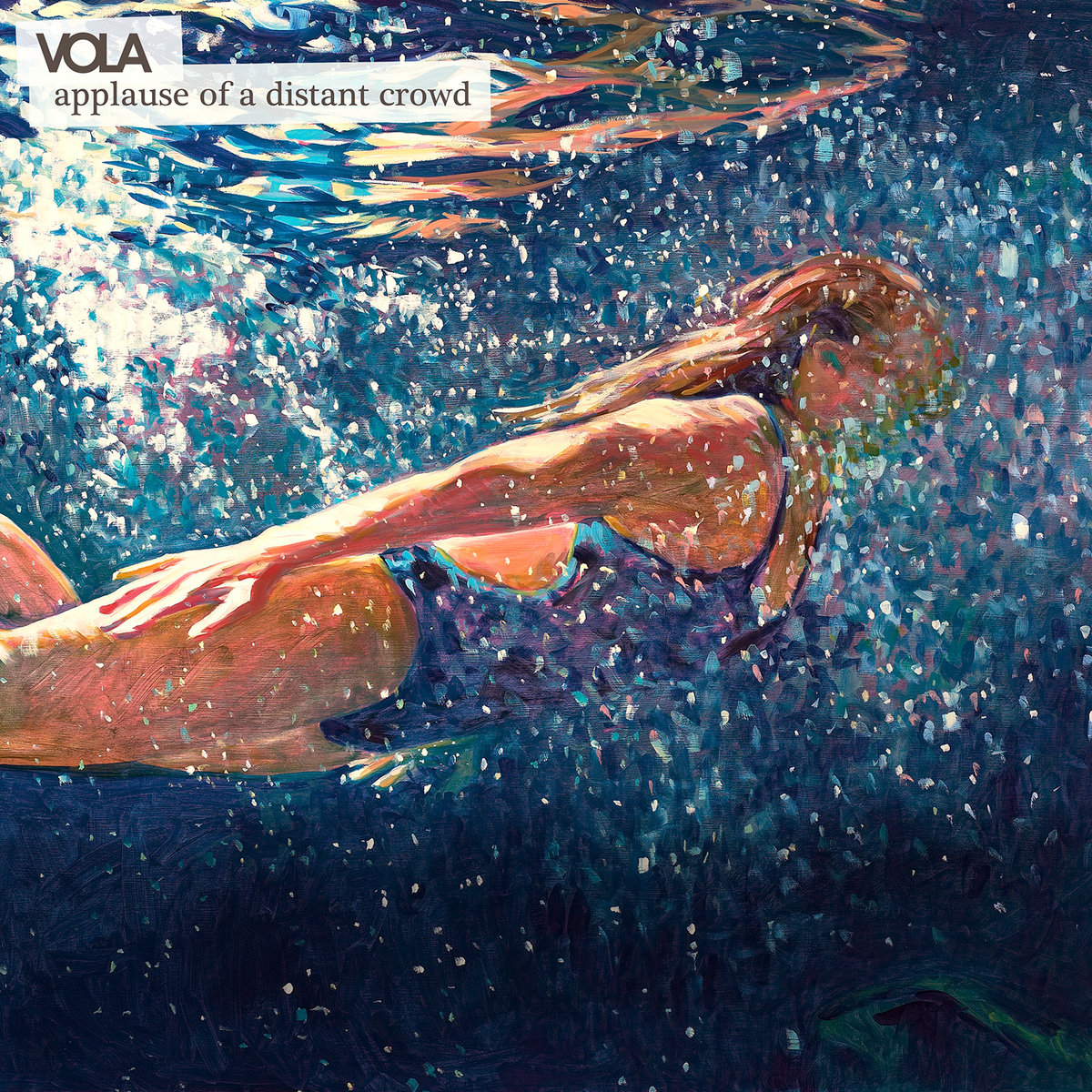 VOLA – “Applause Of A Distant Crowd”

By Landon TurlockOctober 9, 2018 No Comments

With Applause Of A Distant Crowd, VOLA merge together art pop, prog rock, groove metal, and psychedelia into a cohesive and enjoyable, if not always totally successful, whole.

A scene seems to be defined by those artists who reach the largest audience at the fastest rate, and all other acts seem to be consequently labelled as derivative. VOLA, a progressive rock/metal band active since 2006, predate most of the musical trends they have since been lumped into, yet they are never quite recognized for their innovation in the way that their more well-known peers have been. This may due to the fact that it was only with their debut album, 2015’s Inmazes, that the band first gained attention beyond the borders of their native Denmark, despite having two previously released EPs. Inmazes was a spectacle that merged Meshuggah-like down-tuned grooves with 70s prog rock hallmarks, and demonstrated leader Asger Mygind’s fully realized knack for crafting relentless hooks. So does Applause Of A Distant Crowd, the band’s long-awaited sophomore full-length, continue this tradition, or push VOLA into new territory?

From the opening moments of the album, it is apparent that the headspace of the band’s leader, guitarist/vocalist/engineer Asger Mygind, has changed from what it was for the first full-length:

‘I was in a very different place mentally while writing the lyrics for Inmazes. I’m definitely in a happier place now. It was actually a relief to be able to have a wider range of awareness for this record. I think our songs develop in the most natural way if I let my emotional response to the music dictate what the lyrics should be about rather than following any kind of plan.‘

“We Are Thin Air” has a punky muted guitar that segues into a synth hook and reserved verse, significantly at odds with the huge staccato rhythms that were central to Inmazes. Although we do get some guitar-driven grooves throughout Applause Of A Distant Crowd, they are usually subtly incorporated as a background to Mygind’s melodic vocals and keyboardist/programmer Martin Werner’s old-school-prog-meets-art-pop synth work, with notably heavy exceptions being “Smartfriend” and “Whaler”. However, one of Inmazes‘ defining features – huge choruses – is perhaps even more prominent and naturally interwoven into the songs here.

In fact, nearly everything on Applause Of A Distant Crowd feels cohesive. Throughout the album, synths, vocals, and guitars almost feel like an extension of one another within ambient, artistic soundscapes. This is interesting, especially because these elements are quite disparate – one can detect the influences of 70s by way of Steven Wilson, art pop sensibilities similar to White Moth Black Butterfly, and, of course, the heavy grooves that have arisen in progressive metal over the past decade.

However, not all moments work so well. “Smartfriend” is one of VOLA‘s singles introducing the record, and easily one of the heaviest parts of their sophomore full-length. The odd choice to have non-committal spoken-word/rapped verses almost undermines the otherwise enjoyable song, with its catchy synth hook, soaring chorus, and huge riffs. Elsewhere, songs critique social media trends in perhaps too heavy-handed a way, with clumsy lines like ‘I photographed my latest meal in black and white/I kept my faith in videos of cats and shoes‘ distracting from the otherwise beautiful swing and innovative guitar lines of the album’s title track.

With 43 minutes and ten songs, Applause Of A Distant Crowd moves quickly but never feels rushed, offering beautiful melodies matched by retro synths and percussive guitars for an enjoyably unique take on a sometimes stale style. Of course, there are some moments that distracted from my enjoyment of the record, but they are thankfully few and far between. If you are looking for an accessible yet innovative entry into progressive rock and metal, you need not seek any further than VOLA‘s Applause Of A Distant Crowd.