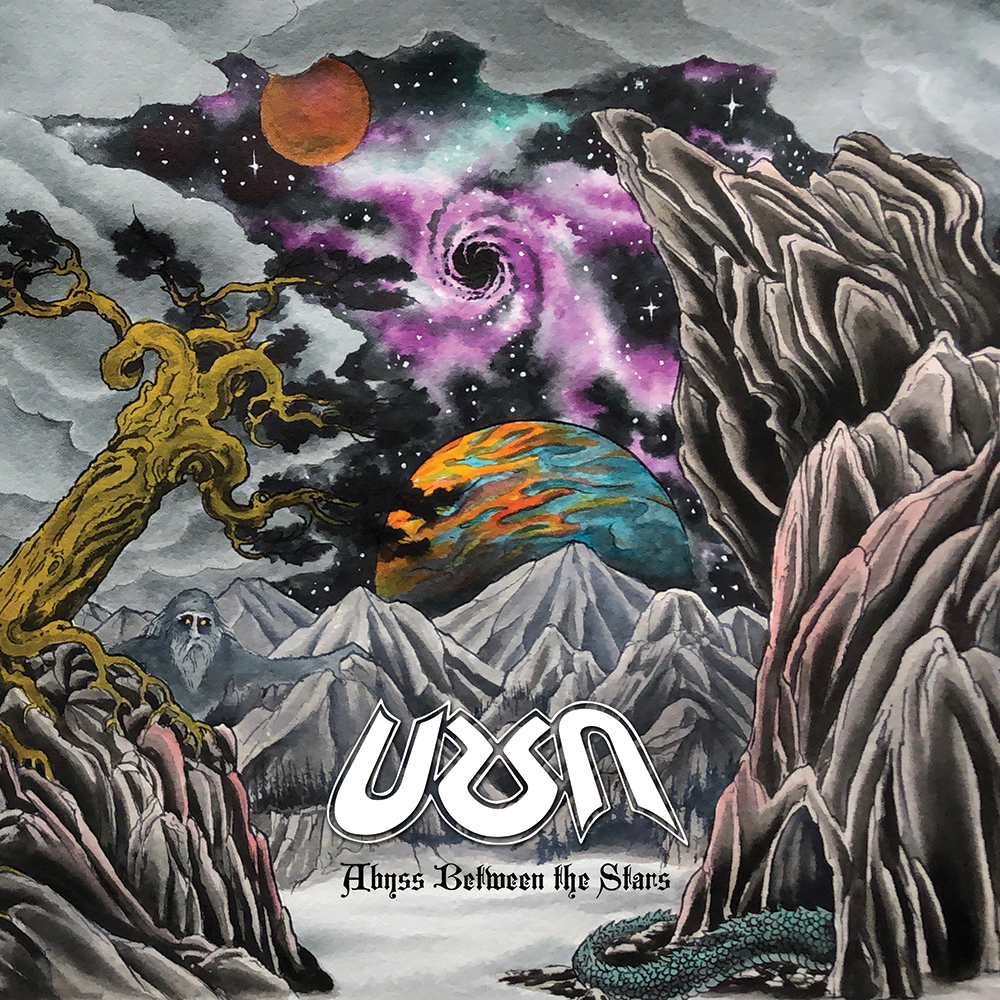 URSA – “Abyss Between the Stars”

By David RodriguezNovember 1, 2018 No Comments

URSA cast a spellbinding début of a record with Abyss Between the Stars. Riffs, melody, huge vocals, and magic abound in this monolith of a doom record.

URSA are a doom metal trio from Petaluma, California made up of three of Cormorant‘s members (you have my attention). After being signed to Blood Music earlier this year, they’re ready to unveil their début album. Abyss Between the Stars is described as a ‘choose-your-own-adventure tale in audio form‘ and after listening to the album several times, it’s easy to see why. Aside from their influences being ‘wizards and shit‘, you get a real grandiose scale and neat adventure with the six tracks on it. Do you wanna go down the “Wizard’s Path”? How about meet “Thirteen Witches”, or take a trip to the “Cave of the Spider King”? Why not all of this and more? With this album, you truly can have it all.

So, fantastical doom isn’t anything new. It’s been a thing since the 60s if you subscribe to the idea that bands like Black Sabbath were the progenitors of doom-styled metal, and some of their material was based on fantasy. What URSA do is take that approach to the genre, or, really, metal period, and strain out a lot of the cheesiness that comes with it, but keep the fun. The riffs are heady, the hooks are quite catchy, and everything here makes for a nice time.

Seriously, these hooks are so lethally infectious, the band should be called MRSA. Each song is wildly singable. The chorus on “Wizard’s Path” is simple, but effective fantasy jargon: ‘Take the wizard’s path all the way to the golden hall‘. What makes these RPG quest objectives sound great is the delivery. Matt Solis’ voice is boisterous and powerful, as if delivered by a grizzled warrior quest giver. At other times, his voice is a higher pitched rasp, or a smooth croon a little reminiscent of Brett Campbell (Pallbearer). It’s very versatile and accentuated by the instrumentation.

Of course the riffs are dense, heavy, and fuzzy because that’s just how doom does. They’re great on their own, but it they work best when in conjunction with other elements. The grand hook of “Dragon’s Beard” is metered out well with the guitar melody. The lighter, wispy chugging of “Thirteen Witches” creates an eerie atmosphere fitting for a track about being bewitched by… well, witches. You could also take a look at “Cave of the Spider King”, which has a pensive and groovy bass intro and banjo featured prominently before it rips into the first epic lyric which I believe goes: ‘Steel yourself for the cave of the spider kiiiiing!‘ Those extra Is are required, I assure you.

This creativity and ear for melody may be where URSA excel, but they’re also quite capable of superb translation. “The Mountain” was kind of an odd duck to me at first; the melodies didn’t sound very indicative of what a metal band would write, nor did many of the lyrics. Upon investigation, I learned that it was a cover of a Steve Earle song of the same name, and let me just say, what a cover. You maybe not expect a country/bluegrass sound to translate well to doom metal, but URSA translate it into their language of epic sing-along vocals and heavy guitars, claiming the song as their own, and it’s wonderful.

One of the only gripes I have with this album is that it reuses three tracks from their debut (“Wizard’s Path”; “Dragon’s Beard”; “Thirteen Witches”). This is somewhat of a pet peeve of mine, but I’m not too mad at it here. The tracks get a huge makeover with better production and very subtle tweaks, putting these versions several steps ahead of their original demo-like quality, so it’s all good.

Really, when it comes down to it, the fact that three members of Cormorant (a band I love, to be clear) stepped this far out of their prog/black metal comfort zone to make something else different, special, and worthwhile says it all. Abyss Between the Stars is one of the strongest début records I’ve heard all year, regardless of genre. They take the fantastic approach to doom and distill it down to its primal elements, focusing on catchy riffs and hooks for your ultimate enjoyment. Until Todd Howard finds a way to port Skyrim to music streaming services, this is the most fun you can have with monsters, wizards, and magic. Don’t miss this.