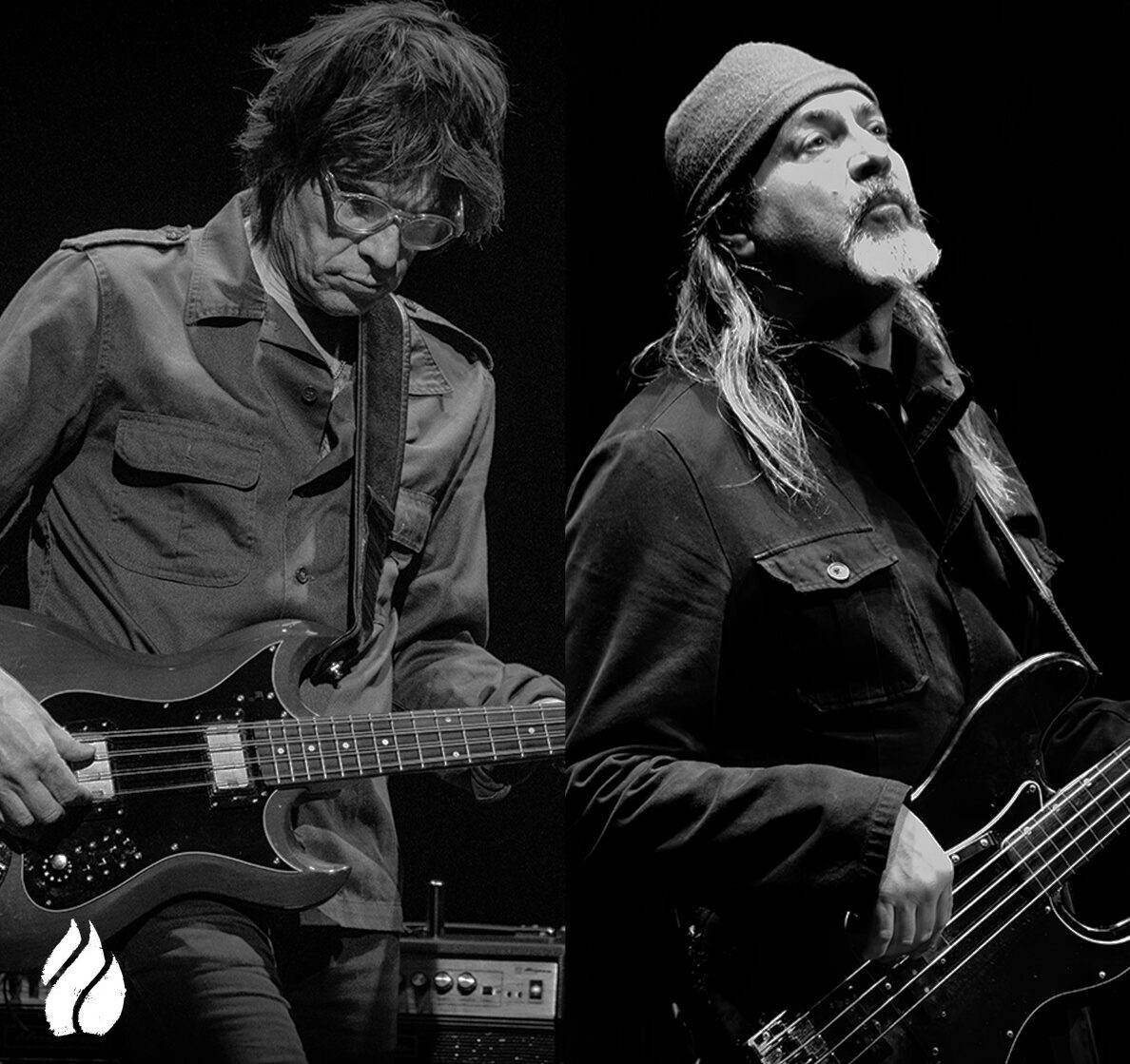 Composer, producer, bass-riffing madman, bottomless musical mind Ulf Ivarsson shares a 4-track magic carpet ride to planes of both tension and placidity with Nammu. Having quite the resume under his belt, boasting musical contributions dating back as far as 1991, fans of Ivarsson should find it no surprise that this new release brings a familiar quality of composition to the listener. The album also incorporates the likes of Bill Laswell for added bass duties, as well as being credited with extra layers of effects to broaden the sonic timbre. Altogether, we get something of a textured masterpiece; polyrhythms for days, catchy bass lines that stick out even when reintroduced, hazy electronics and synths that are easy to get lost in, and an entire 50 minutes and 36 seconds of this instrumental, layered bliss spanning over all four of the tracks.

Being a tremendous fan of Laswell’s work in the past; seeing his name on virtually any release always tends to pique my interests. However, I did a bit of research on Ivarsson to really understand his evolution as an artist and what makes him one of Sweden’s most highly acclaimed producers and musicians. Not to take away the influential qualities of a band like The Beatles, but for someone whose spark for music is accredited to their album Revolver, Ivarsson definitely breaks boundaries and packs quite the flavorful punch that branches far outside of his punky roots.

When asked about the conception of the album, Ivarsson has been quoted, in an interview with PostGenre, saying he came into the recording process with ideas essentially ready to go. An interesting concept considering a writing process, for most artists, can vary greatly, and I’ve even heard of some artists claiming to have songs ‘come to them in the studio’, so to speak. It’s as if this album existed in Ivarsson’s mental years and years before he even hit the big red button on the first takes of it:

‘When I sat down to put these tracks together, I came prepared. I had my ideas ready to go and was clear about what I wanted to do with the music. We had only a few months to put everything together musically, instead of a few years. I programmed the drums and the synthesizer. I started approaching the recording, essentially as a demo. Once my ideas became clearer, and I knew better what I wanted to do for certain parts, I put them into the music. A lot of the music was tightly arranged before I showed it to the musicians. Most of the sax parts are improvised but there were guides for him to follow. And the electronic parts were programmed and played by me. Overall, my picture of the music was very clear before I brought in the other musicians.’

Opening track “Agrun” immediately creates a cinematic type of element. Something reminiscent of late ’90s or even early ’00s spy movies, this track had me feeling like I was on a mission. The song maintains this sort of atmosphere for much of its duration, occasionally changing tempos or maybe even time signatures mildly, while reintroducing melodies as well as bringing in new ones. Ivarsson’s shifts between electronic drummer and back to the traditional, acoustic kit make for a pleasant dynamic, too. You could probably summarize the instrumentation down to electronics/synths, bass, and drums, and even with as minimalist as that sounds, the end product is a massive soundscape.

The next two tracks seem to follow a theme of sorts with this rising tension mixed with an almost tribal-like, but oddly calming, kickback. By the time we get to “Im-Nun”, the timbre increases a little further by introducing brass, which carries a staggering, rapid-fire, bebop-like melody to pour your next cup of coffee to. Remember, you’re not allowed to do anything but snap your fingers to bebop! By this point, you have to also take a minute and realize you’ve successfully listened to about 35-40 minutes of music without falling asleep.

This brings me to another quality I’ve recognized about Ivarsson’s work: Apparently he knows how to make 10 to 13-minute progressions that don’t get too stale or uninteresting, even with repeating parts, to continue listening to and still feel the hype. This is no easy task, of course, given that most popular songs average around 2-3 minutes or so, with a max of about 4 minutes in some cases. Even with the overall atmosphere of the music, the vibe still doesn’t resonate with me as ‘background music’ per se; even halfway through the album, I still feel well-involved. Well played, Ivarsson (pun perhaps a little intended?).

Personally, Ulf Ivarsson has me sold on this EP. I typically don’t end up revisiting albums or even EPs with such a vast duration unless I’m on a long drive or doing an arduous task around the house that will take time and require something good, sonically, to help me get through it. While this album could certainly still come in handy with that, I’ve already found myself coming back to songs and finding new things to appreciate about each. Perhaps it’s the juxtaposition of thrilling and calm I sense while listening, maybe Bill Laswell’s signature, smoothly muddy bass tone and licks are just that infectious to me, or maybe it’s the fact that, as described above, what is seemingly so minimal in timbre of instruments in some spots still manages to create a mountainous aura of enchanting, complex, audible serotonin. Regardless, Nammu passes as an interesting listen for all those sonic explorers looking to go elsewhere mentally with the pieces they indulge their ears with.