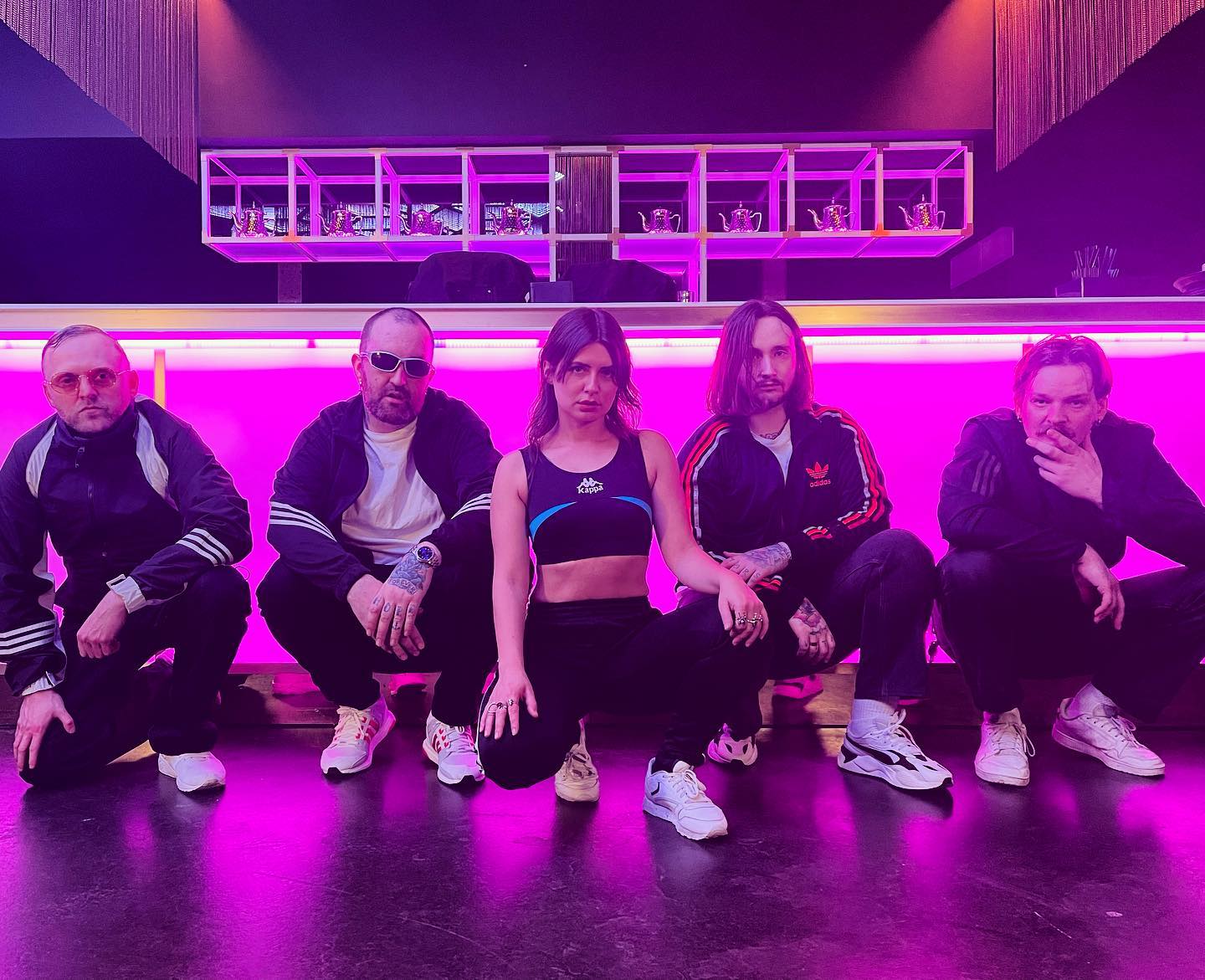 By Carlos Vélez-CancelJune 30, 2022 No Comments

The fourth full-length from Blood Command – Praise Armageddonism – is the punk record they tell you not to worry about.

You expect nothing less than a wild ride when you combine the words armageddon and hedonism for an album title and make an explosive collection of songs out of that. Praise Armageddonism marks Norwegian punk act Blood Command’s first release since vocalist Karina Ljone’s departure in 2020, bringing in ex-PAGAN’s frontwoman Nikki Brumen to the equation and, man, what a comeback this is. The overall jovial and careless spirit embedded in each track coupled with the biblical allusions of destruction and brimming hellfire throughout is an absolute joy to experience, even more so when backed up with a crazed mesh of adrenaline-fueled hardcore punk, anthemic pop punk melodies and drumbeats that have groove for days.

For all it’s worth, this thing is of biblical proportions, sound-wise. Each track breathes life (or calamitous dread, if we’d want to keep this review on brand) from how grand and intentional the overall collective performance is, setting up the atmosphere quite well right from its opener “Praise Armageddonism (Awake Theme)”. With an ominous yet welling buildup carried by a sample of someone reciting the notorious first verses of the 6th chapter of “Revelations”, the track thunders through with a riveting melodic hardcore passage that gives way to Brumen shrieking what I consider to be an iconic as fuck line ‘they’re coming to get us!’. As of now, you might be convinced that the record is a wacky interpretation of Christian millenarianism through the lens of punk.

That is, until the next track “Saturday City” comes on.

That’s where the fun begins.

Because, you see, Praise Armageddonism does not pretend to instill fear of the apocalypse – it entertains the thought of such a scenario, prompting you to ride along with the boys War, Famine, Pestilence, and Death to cause a catastrophic good time. “Saturday City” sets the arid, decaying dancefloor with its bouncy synths and frantic drumming, with the calculated power chords and bright vocals giving an alt rock edge that gets you smiling amid utter mayhem. Similar vibes can be found on a track like “I Just Want That Movie Ending”, whose songwriting glides effortlessly, contrasted by the cut-the-bullshit attitude towards senseless meandering portrayed by the lyrics.

Do not flaunt yourself as a pompous douche and tread this album that easily though; this is the apocalypse, after all. There’s chaos and havoc about, making Praise Armageddonism one of the most fun and, simultaneously, aggressive records you’ll hear this year. “Everything You Love Will Burn” is indicative of this, with the synchronized, At the Drive-in-esque frenzy of the guitars and drums projecting the sheer power Blood Command holds when it comes to the musicianship, while “Burn The Blasphemer” sports out one of the nastiest riffs within their brand of hardcore and with some of the snappiest vocal performance off this record. Really, their knack for writing songs that successfully balances being tongue-in-cheek and showcasing urgency towards addressing real frustrations deserves full respect.

There are hooks aplenty here – it’s something Blood Command pretty much has on the bag at this point. The guitar leads on “A Questionable Taste In Friends” is nothing short of hypnotizing, while “Guns, Nuns & Cowboys” might be the catchiest track out of the bunch with its soaring vocal melodies and booming bassline. You don’t have to struggle much to notice how flawlessly their sensibility for pop intertwine with their particular sonic debauchery. Nowhere does the record take descent in quality or excitement; it’s a beacon of light shining upon you, never mattering the fire and brimstone brought forth by this uncanny tribulation.

All the goodies found on Praise Armageddonism are crystallized into the colossus that is the closer “Last Call For Heaven’s Gate”. Remember when I emphasized the fact that this is the apocalypse? Yeah, if you got until this point then kiss your sorry-ass goodbye – you’re in Blood Command’s clutches now. The track is a stampede of two-step fury that never quite ceases, subtly luring you into their madness with a saxophone lead that complements so well with the heaviness the song exerts. If all of this isn’t enough, the track abruptly switches into one hell of a sultry mambo section that gets me thinking that its title is not merely a coincidence, not at all. You’re already here, you’ve signed the pact. You’re part of their cult now.

Praise Armageddonism is what you hope for a rock record, let alone a punk one. There’s wit to the perceived insanity here that is equally fun and thorough, only backed up by an arsenal of sharp and sensational songwriting destined to become earworms. Only Blood Command can envision a catastrophic event of such proportions where not everything has to be grim and despair-ridden – might as well ride along the absurdity of it all, right? This is for sure the beginning of an exciting era for them and it’ll be a blast to see what other adventures await for us.