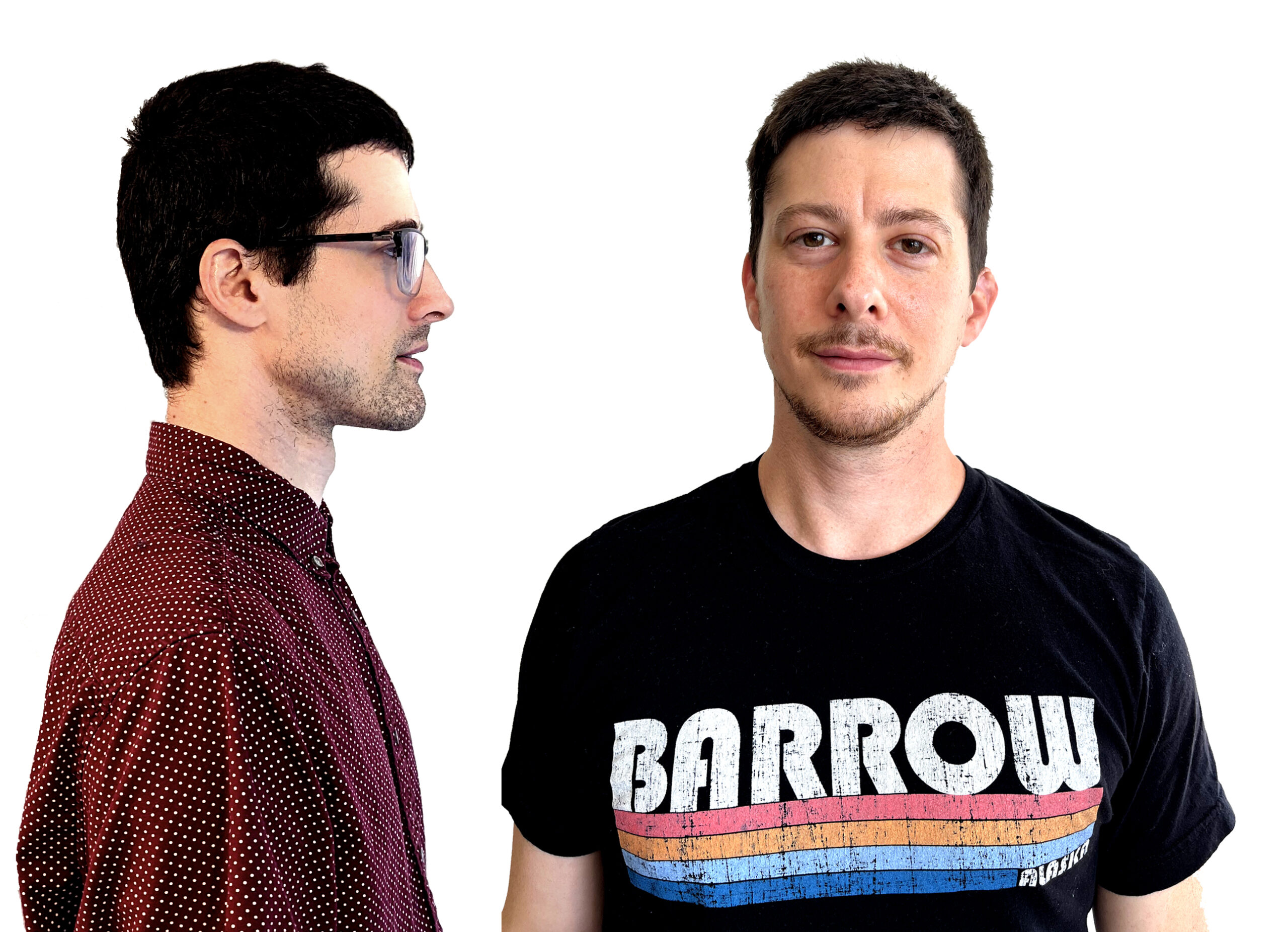 I’m not sure of a whole lot in this life, except one thing: if you ever stop learning, bettering yourself, or experiencing different things, you’re as good as dead. Walton Goggins said it best: ‘apathy is death‘ – you stop caring, you’re gone. Luckily for us that we have artists like Brent and Derek Gaines of RUSK who take stock, assess, reinvent, and recontextualize themselves as time demands.

Formerly known as Jerkagram, the twin bros are seeking to make a new artistic statement wholly separate from their past as a math/post-rock band, instead leaning much more into progressive and experimental outings as RUSK. With the help of a few pals as sessions musicians, they set out to make a full-length indicative of this new direction and intent with Om Improvement, an evocative title if you’re like me and read way too much into things, and it’s out July 1 via Nefarious Industries. But why wait? We actually got the whole-ass album right here for your enjoyment/meditative sesh/drive to Target/psychedelic trip at your friend’s house.

I’ll be upfront in saying this isn’t the sort of thing I frequent in my earholes. That said though, RUSK combine a lot of elements of music that I like which makes a wicked ambrosia of rule breaking, convention bending, and resolute creativity. You know, exactly the kind of thing we hope to showcase here on Everything Is Noise. In execution, though not necessarily style, they remind me of BIG|BRAVE, another band who are so unequivocally unique and economical in their musical aptitude, saying an awful lot with a little solely because of how they say it..

Maybe you’ll like the mantra-esque “Mythomania” with its ethereally harmonized vocals and atmosphere, or the hurried jazz-imbued instrumental “Priggish”. “Banana Brain” was a fave of mine for its slow-roasted take on light alt-emo sensibilities and a forlorn feeling that’s hard to shake. Without a doubt though, the setpiece is the closer, “The Escaping Elk”, a 15-minute post-rock chronicle of a song that seems to be a splashy allusion to the span of a day with its calm sunrise intro, afternoon grazing and gallivanting, to a colorful and explosive sunset crescendo rife with violins and overlapping guitars.

RUSK‘s very own Derek Gaines commented on the new album:

‘Om Improvement is the first album in which we opened up our writing to other people. The songs were left for interpretation. Having other talented, intuitive, and creative musicians around us really shaped a unique direction. This record is a bit more orchestral and song oriented but still has the loose freedom that we usually have. We recorded with John McEntire at Soma Studios in Nevada City, a small town in Northern California that boomed during the gold rush in the mid-1800s. Its downtown has a great vibe, transformative to that era, which really played into the great energy throughout the recording. I remember the relaxing feeling of driving through the mountains to get to Nevada City, which is on the border of Tahoe National Forest. We were also really excited to have the opportunity to work with John. He’s incredibly talented and we’re big fans of his work. The records he produced for Stereolab sound beautiful.‘

Seems cliché, but there’s something here for everyone, or at least most that love artsy, off-the-beaten-path rock. There’s six tracks here to gnaw on, each with distinct flavors, all heady and open to interpretation, yet closed to simple categorization. A treat for the initiated and stranger alike.

RUSK could use a boost to their ranks by way of intrigued followers on their Facebook, Twitter, and Bandcamp pages. You’d do well to also preorder Om Improvement if you enjoyed what you heard here today – there’s even a cassette option which feels like the perfect medium for an album like this. It officially drops on July 1 via Nefarious Industries, and we thank all involved for giving us the opportunity to show it off a bit sooner. Videos for all songs will eventually be released to supplement the audio with visuals with three already out, so keep eyes out for those!