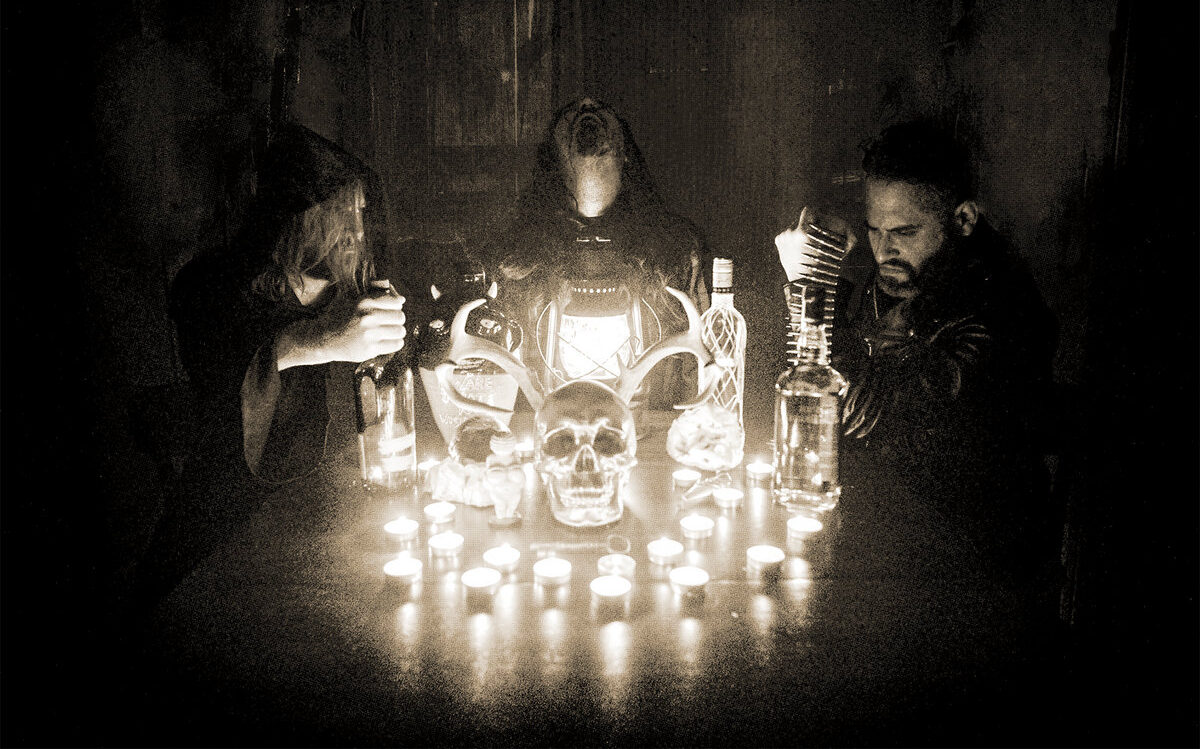 It’s tough to imagine a more impressive debut. Doldrum have crafted an impressive release with no missing pieces or weak links. American black metal may have a new top contender.

Doldrum. Where did you come from? I remember stumbling across their November 2020 two-song release of The Knocking, and it left quite an impact – it definitely left me wanting more. Time passed, and as always with the flood of new music hitting the shelves, I sort of forgot to be anticipatory for new material from this lovely little Denver act. In August of 2021, Doldrum shared a message with their Bandcamp followers. It was simply a tracklisting for a presumed debut album, and it just said ‘2022’. After seeing this I quickly revisited the two songs and my own personal hype machine fired up again, until once again life and the deluge of releases pushed this band to the back of my mind. Then, as if out of nowhere, here comes May 27, 2022, and Doldrum drop their debut LP The Knocking, Or The Story of the Sound that Preceded Their Disappearance. Great title, of course, an extension from their first release, and it tells a fuller picture of what the band is going to tackle thematically. What it didn’t do was point to just how massively excellent this album is.

Doldrum define their genre as ‘Haunted black metal rooted in American folklore and the occult‘, and I’m not sure if there could be a genre more custom-made for me. Using this thematic material as a foundation for their music is a great idea, but if things fell flat in some areas, well, this whole thing wouldn’t be nearly as exciting, would it? I think the best place to start, as usual, is at the beginning. The first thing we know about this band is that they really want us to be unsettled by this knocking – it’s the first track on both releases, and the title of both releases are all about it. The opening track, properly known as “The Knocking”, is how the album begins, and what I noticed immediately was just how much the Denver metal scene has had an impact on their approach. If you were to hear this song only briefly, you’d perhaps assume it should be attributed to Wayfarer, another Denver staple. The guitar tone, the space, the rhythm, and the cadence of the riffing are all somewhat familiar. Add to this, however, the vocal delivery that feels only a few steps removed from insanity, and since this track is near eight minutes in length, the foreboding atmosphere just intensifies with every passing phrase. As far as tone setters go, this one is pitch-perfect, and frankly, it really just hooked me from the start.

When you look at the tracklist for this album, it becomes apparent that this is a band that really enjoys narrative and wants to weave a tall tale. While this sort of thing is often reserved for bands with more of a folk influence, I love that Doldrum took those elements and folded them nicely into their own slurry of apprehension, fear, and the ultimate coalescence of those emotions. This is a story, and it’s told both musically and lyrically. With each passing track, it became incredibly difficult for me to determine which aspects and moments I liked more. Was it the riff midway through “The Visitor”, the vocals throughout, or was it the locked-in atmosphere that never lets up? It’s all of that. This is a complete package that really needs all of these things to work in concert to be great, and Doldrum understood that.

I listen to a lot of metal, you all probably know that. There is a lot of good metal, a decent amount of great metal, and then there’s that album that seemingly comes out of nowhere and stun-locks you for days where you just can’t imagine listening to anything else. That’s a bona fide rarity for me. The Knocking… is a complete and near-perfect release in my eyes. The riffs will hook you, the vocals are memorable, the emotion is tasteable, and the production is spot-on. Even the runtime of around 38 minutes made me want more, and that’s never a bad thing. I’m beyond impressed with this band and what they managed to do with their debut release. From the organic way the songs interweave, to the dynamics of each song. This isn’t a band that is trying to spotlight one aspect of their sound, this is a team of highborn thoroughbreds that are all pulling an equal amount of weight on every moment of each song. I wanted to give myself a few days with this to see if I was just overwhelmed by how impressive it is at first listen. After countless listens in a short span, it just grows more impressive instead.