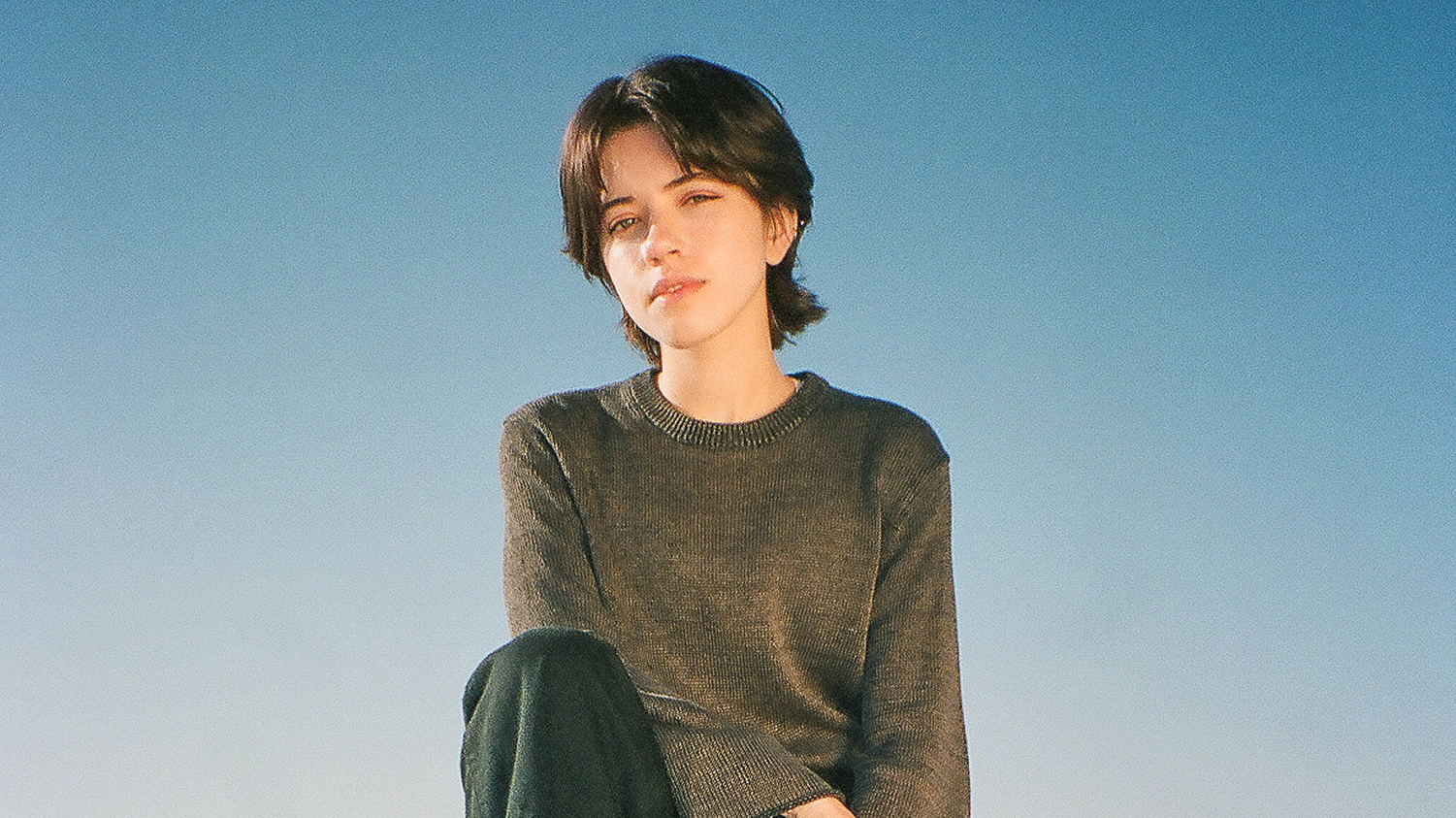 By Dominik BöhmerJuly 2, 2022 No Comments

Hyaline is not an album you will see through upon first interaction – it will eventually open up to you through patience and candor, though.

‘I think that writing songs offers me the opportunity to explore emotional spaces, modes of feeling I kind of forbid myself otherwise’, says Oakland-based non-binary artist Maria BC of their creative process, and it becomes clear that the act of creation is not a comforting practice to them. Ironically enough, this discomfort radiates into their superficially dreamy, warmly enveloping music – beyond the surface of Hyaline, the follow-up to 2021’s Devil’s Rain EP, lies an acutely gripping exploration of grief, anxiety, and wonder.

A classically trained mezzo-soprano who first cut their teeth as a singer by performing in church accompanied by their organist father, Maria BC makes music from fragments of dream pop, shoegaze, indie folk, and ambient. The resulting music lives off its internal tension, especially once you take the time to dive into its lyrics and put them in contrast with the music they’re set to. Funnily enough, this tension begins with the album’s title itself: ‘hyaline’ describes the glass-like, translucent properties of a substance, yet there is nothing clear about Maria BC and their work. It’s ambiguous and at times contradictive, but that’s exactly where its charm lies.

Essentially, Hyaline is the epitome of a sound collage, not that you would suspect its disjointed nature upon first (or fourteenth) listen. Indeed, it was created over the span of multiple years, multiple sessions, and incorporates various samples, field recordings, and phone-recorded snippets alongside ethereal guitars, minimal percussion, and organ played by Maria BC’s father. Of course the main draw here is their wonderfully multi-faceted singing, but even that needs a context it fits into, and it couldn’t sound any more at home within the confines of Hyaline.

In a different interview from the one I quoted earlier, Maria BC says that ‘in my life and in my art, I want to practice generosity’. Originally, this was stated in the context of dealing with trauma and not slotting people into easy categories of victims and villains; I would argue that this generosity is also present within their music. Through the candid vulnerability of their work, the artist generously lets the listener share in their time, space, and experience, making for a rewarding listen if you’re willing to reciprocate.

Not to leave you without a more tangible glimpse of the album, let me share my personal standout tracks with you. Quite early on, we encounter “The Only Thing”, Hyaline’s third track. Over its 202 seconds of runtime, it combines almost everything this album has to offer: floating, folksy guitars, ambient organ, sparsely used percussive elements, and an enthralling vocal performance. It’s a beautiful summing-up of what Maria BC’s artistic voice encompasses at this stage of their career, and I understand why it was chosen as a single. Later, they channel loss and the recurring memory of an encounter with an astronomer (what a combination!) into the ominous “Betelgeuse” with its looming guitars and organ.

‘A lot of my music deals with feeling haunted by memory’ – with Hyaline, though, Maria BC has created a lasting piece of art that will be benevolently floating around the long-term memory of its audience for at least a little while. That much I am 100% convinced of. While its staying power will need to stand the test of time from here on out, the album feels gripping and reassuring here, in this very moment, and that’s good enough for now if you ask me.