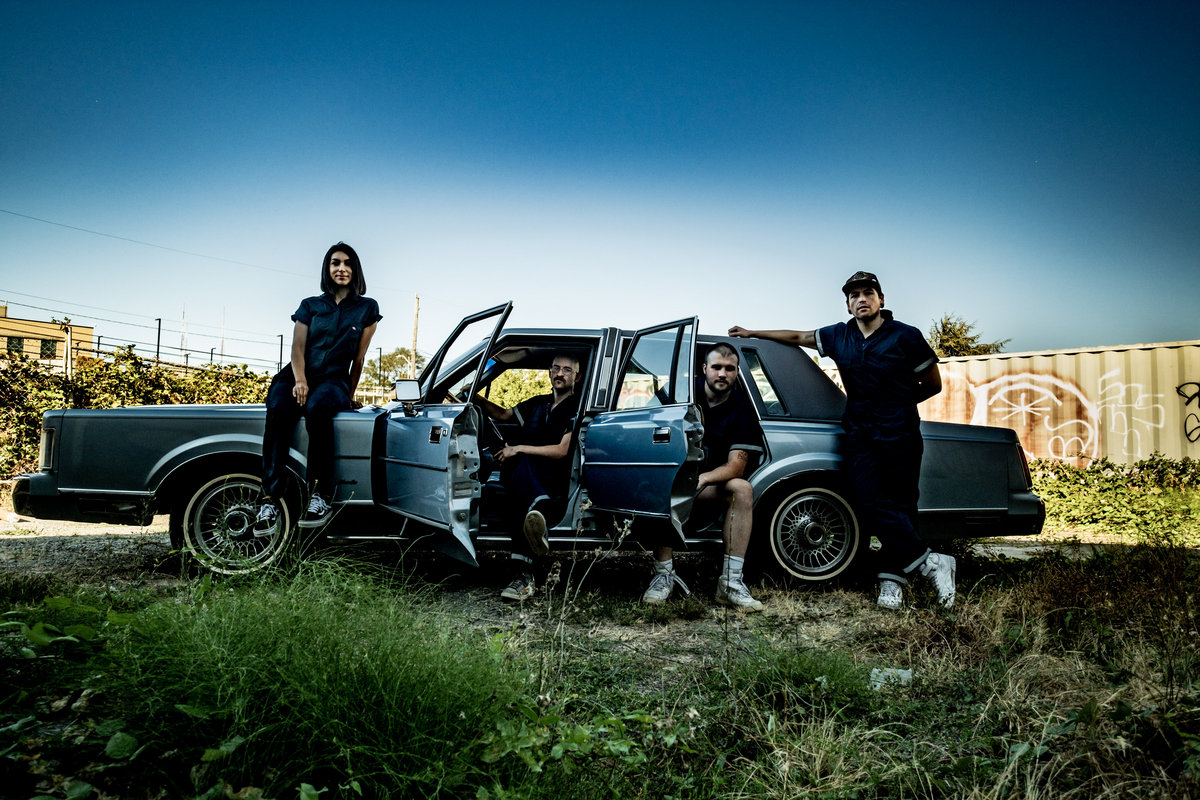 By David RodriguezAugust 29, 2022 No Comments

TURIAN make some truly captivating music with No Longer Human, calibrating just about every aspect of their noisy hardcore to near max.

TURIAN as a word or name doesn’t have much of a meaning that I can find it seems, outside of science fiction, most prominently for me being a species of bipedal humanoid aliens from the Mass Effect franchise. It is also a newer term for men and nonbinary people that are attracted to men? That’s cool. Likely isn’t a true, intended connection, but hey, I learned a new word from it.

Even the art for this album depicts something with human shape, but perhaps not human at all, or at least No Longer Human. At what point are we no longer human? Do we have to look like the irradiated and splattered being on the front of this album? Is it more an issue of the soul, or one’s mentality? TURIAN ponder a lot, both related and unrelated to humanity, on this ripper of an album, so let’s jump into some of it.

First thing you will notice is a raw energy to it all. “Slowdeath” starts with a primal scream from vocalist Vern Metztli. It’s right about here you’re spartan kicked in the chest into a pit of noisy, catchy, melodic hardcore, at least to be short about it. TURIAN‘s conveniently one of those bands that don’t cleanly ascribe themselves to a single genre, subgenre, or even sound, and they’re better off for it. It’s just heavy and angry, perhaps bitter, though I hesitate to say that simply because by the end of No Longer Human, you’ll find them waving a flag of hope and ambition brought on by the finer, more spiritual side of life.

Still, make no mistake, TURIAN have a fucking bone to pick – several, actually. There’s some light abstraction to the themes and lyrics of this LP, but it’s mostly based on suffering, pain, and violence. “American Dog” detests the absolute worst qualities of America as an institution, from its incessant consumption of life to its absolutely remarkable ignorance and blind loyalty. Metztli says – not sings – ‘The world is on fire, and it’s never his fault. 244 years. People are dying, and it’s never his fault. 244 years‘. This goes back all the way to the genesis of America, as referenced by the 244 years which, going backwards, would take you to 1778, just two years after the our official Declaration of Independence (if this song was written in 2020, then you get 1776 exactly). Musically, it sounds like a burning haze is in the air, caustic and deadly. Instrumentation takes a rare break to slow and create atmosphere without losing its melodic flair.

Likewise, “Narcissus” is a two-fold song – it’s a reference to Alien and its menacing Xenomorphs, but it’s also just a blanket condemnation of endless violence and war, replicating torment simply to keep something alive. What is that something generally speaking? Take your pick, though in a capitalist society, profits rule all. This all circles back on itself when you consider the Weyland-Yutani Corporation from the Aliens franchise, an absurdly evil and obsessive corporation that causes the deaths of countless people in pursuit of godhood, money, and intergalactic dominance. Being fans of new wave, TURIAN saw fit to throw some of that classic sound as a bridge between double-bass drums and gritty bass – it’s a unique, fun track despite its glum topic.

Lastly, “Saila Maaso” is a reference to the enchanted worlds of the Yaqui people, an indigenous group originally from Mexico. The vocalist’s last name is Metztli, which is the name of the Aztec god of the moon, nighttime, and farmers. If that’s their given name, that’s ill as fuck, and helps explain the endearing connections to Mesoamerican indigenity and how it’s used on No Longer Human to give listeners a palate cleansing glimmer of hope without eschewing the album’s fast pace and heft.

When I think of it all, I get similar vibes to Azusa, a band I love and who also had interesting things to say in interesting ways. Common threads exist, sure, but even still, TURIAN manage to be some of the more unique heavy music I’ve heard like this in a long while. That’s nothing to scoff at. A cursory visit to their past catalog shows a band as pissed as can be, more entropic and calling forth comparisons to thrashy pulp hardcore legends Graf Orlock. It’s something I can definitely see myself digging into, but it seems like No Longer Human stands well above its predecessors in terms of diversity, tight writing, and a special eccentricity that will likely carry forward to the end of the year for best-of list consideration for many who hear it. Strap in, y’all.