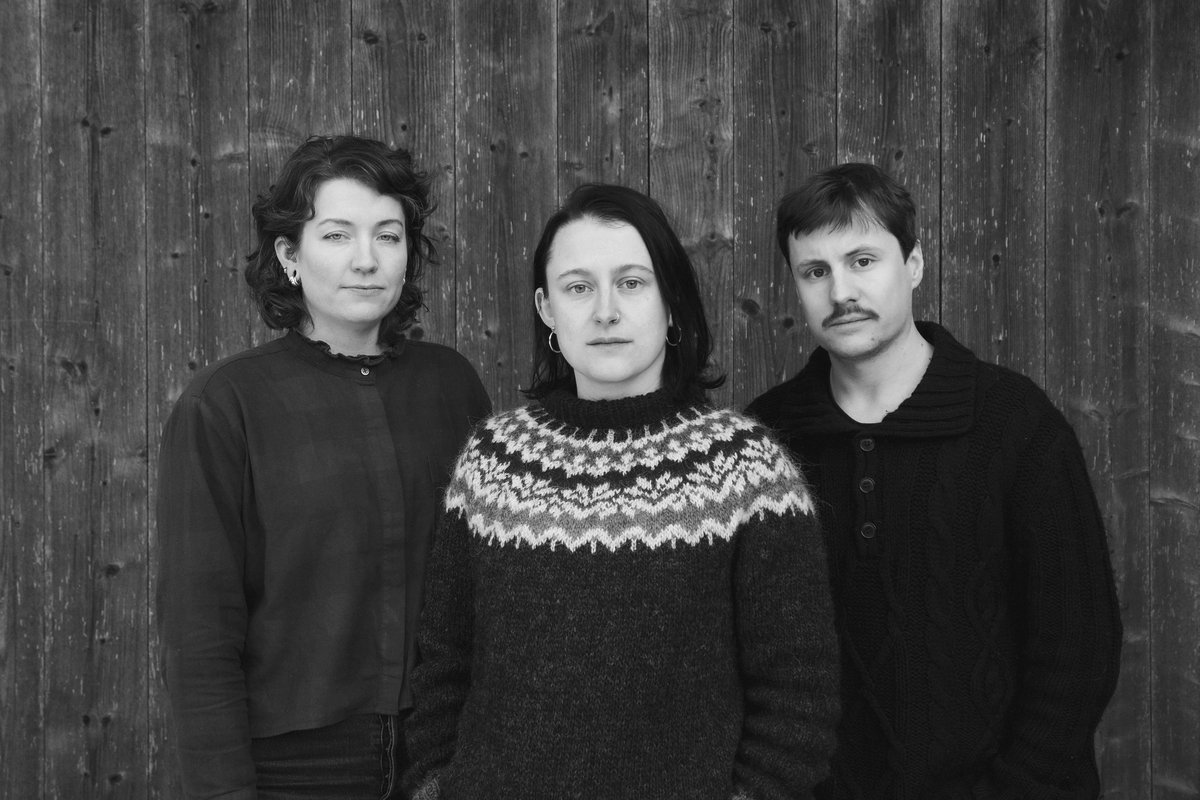 Moirai bring centuries past to life throughout the course of Blood Treasure, Woven Fates, so tune in for some aural time travel.

Revival-type trends aren’t uncommon, especially as time passes in the music world. For the most part, at least as I see it, they’re short lived or missing authenticity. Sure, that’s a really vague blanket statement, but my point is that it’s the same as it is with any other stylistic area in art – lots to mow through to get to the gems. Recently, I stumbled into Moirai and their debut, Blood Treasure, Woven Fates, which is a scintillating example of revival done right at a superlative level.

We’re really going to have to unpack a fair amount of things first; this as cut-and-dried as it may seem at a glance. Moirai have taken themselves into the Icelandic realms from about seven hundred years ago in order to bring back a couple of tales. These stories were carefully unearthed from the fog of time via old Icelandic manuscripts. Namely, it’s the story of Sigurd – the mythical hero who slays Fafnir the dragon – and the feud between two powerful women, Brynhild and Gudrún, which leads to deadly intrigues in the Burgundian court, going all the way to the halls of Atli, king of Huns. I’d also like to specify that in Norse legend, Atli is the literary counterpart of the historical figure who was Attila the Hun.

Over the course of the album opener and closer, “Völuspá I” and “Völuspá II”, we witness a narrative crafted from the old Norse prophetic poem Völuspá (‘The Prophecy of the Seeress’). Now, this begs the question: how does a band from Switzerland manage to recreate such an authentic frame within music and history? By, of course, going to Reykjavík, Iceland in order to study Codex Regius, as well as the type of Icelandic poetry called rímur. Sounds about right, doesn’t it? I mean, that’s a level of dedication that I just can’t recall being around on many, or almost any albums I’ve heard. This level of effort and commitment is absolutely commendable to a high degree.

Moirai do not restrict themselves to this narrow cultural area, but show us that their perspective has a fair breadth in this time frame. They also reach into the old Germanic origins of the tale of Sigurd, while taking cues from other neighboring traditions in terms of musicality. This is reflected neatly in the tunes at hand, where we can see the band mixing together things that are specific to rímur with the monophonic style of folk music which became popular in 13th century Europe – among other things.

The sparse, yet effectively minimalist instrumentation, which stays true to the roots they hearken, is splendidly complemented with the almost haunting, yet extremely beautiful voices of Mara Winter and Hanna Marti. Their vocal deliveries are just so smooth and whenever they harmonize it just hits me in all the right spots. Additionally, Winter plays flute, while Marti plays lyre. Of course, there’s also Félix Verry, who lends his elegant fiddle skills to the entire mélange.

All credit goes to Moirai, because there’s really nothing I could say to sell this album, so to speak. It sells itself. You just need to be ready to venture into it. The genuine character of the record really does justice to its subject matter and makes for a highly compelling and organic illustration in sonic form. Now, what are you waiting for? The past awaits just beyond the play button.