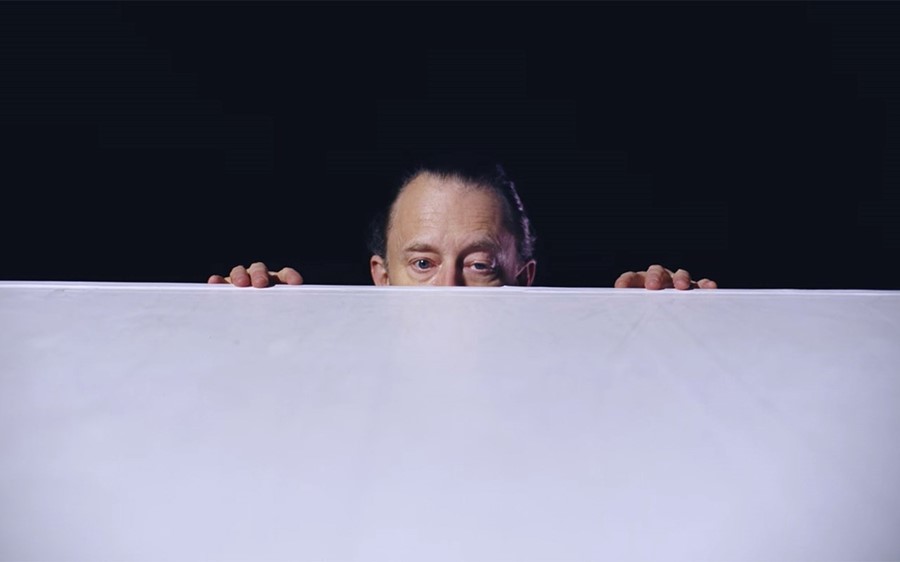 Boasting my favourite song of the year so far, as well as idiosyncratic and stand-out production, Thom Yorke sleepwalks us through nightmare-land on his new album, Anima.

For us Radiohead junkies, there is never anything quite like the actual intravenous hit; however, there are occasionally scrip-like substitutes that we can use to taper our habit until the next time our dealer re-stocks the shelves. Sometimes, something as subtle as a Jonny Greenwood string arrangement on a Frank Ocean track will tide us over. However, in times of dire withdrawal, something more substantial is required.

In the follow-up to last year’s Suspiria soundtrack, Thom Yorke’s Anima (also a partial soundtrack itself) provides us with nine new songs, and there is far less in the way of ambient, sound design-esque tracks than with its predecessor. Yorke has expressed that the album is heavily rooted in his interest in dreaming, and his recent fascination with Matthew Walker’s Why We Sleep: The New Science of Sleep and Dreams, as well as Carl Gustav Jung’s ‘Anima and Animus’ theory. I recommend anyone interested further in the album’s meaning watches Zane Lowe’s interview below:

Both themes are apparent throughout in Yorke’s innovative, exploratory, and at times dizzying composition and production. A certain frailty and irritability can be heard in tracks such as “Last I Heard (…He Was Circling the Drain)”, whilst maintaining a rigid and juxtaposed back beat. Tracks err more on the side of dance- than rock music, as is true with the band’s main discography in recent years also, one may argue.

The drum sounds throughout the record are to be marvelled at, alone – the way that they carry us from such contrasting sections, within the same song at times, is astounding. There is a moment at around 3:55 in “Twist”, where the drums have been left mostly alone, against the backdrop of what sounds to me like field recordings, and these Kid A-esque synth pads and strings fall into the fold. You are caught in the memory of the four minutes of music that preceded this moment, whilst always completely unaware that any other music could exist at all, besides this. The drum and bass intro heard in “Impossible Knots” that carries the rest of the song features one of the most unique, and frankly satisfying kick drum sounds I’ve heard.

Having seen the Netflix special short-film for the album prior to hearing it in it’s full length, I instinctively associate a lot of the imagery from that with this music. Having been in Prague last month for a Tool concert myself, and having walked many of the same streets, and used the same public transport as can be seen in Anima, Paul Thomas Anderson’s film certainly resonated with me, having a profound effect. Prague is an astoundingly beautiful city, even when caught in a thunderstorm (as I was). I had all but forgotten the scent of cheap Lucky Strike cigarettes in the air and the texture of the square-pillows in my hotel room, before this film dragged me back into the streets of Mustek, eyes closed.

The stand-out moment in the film, and the album in general, is undoubtedly “Dawn Chorus”. Somber and sorrowful, but, in traditional Radiohead fashion, always alluding to the possibility of a silver lining, the track is no more than a looping chord progression and what is essentially a monotonous vocal melody, hooked around the mantra ‘If you could do it all again‘. It’s reminiscent of Kid A’s tear-jerking “Motion Picture Soundtrack” in many ways, except Yorke never breaks out into his delicate falsetto register, and everything feels totally unresolved. So far, this is my favourite song that I have heard this entire year.

“I Am a Very Rude Person” features some of my favourite poetry on the entire album. ‘I have to destroy to create/I have to be rude to your face‘. A skulking bass line permeates the track, as choral vocals fill the empty space, putting one in mind of isolated settings. Tracks such as “Not the News” and opener “Traffic” are verging more into ‘banger’ territory than the other songs. Some ear-worm melodies and idiosyncratic percussive sounds certainly make the songs stand out against conventional pop music, but relative to the album, they don’t showcase the side of Yorke that I personally find to be the most compelling. Still though, it’s better than other things.

Closer “Runwayaway” always puts me in mind of Deftones’ “Minerva” for a short while, and then swelling, reversed falsetto vocals conjure memories of listening to “Untrue” by Burial. Moments later, a looping synthesised bass puts me “On the Run”, if you will. A dramatic, ever-changing, and lonely sounding finish to the record, if not at times perhaps a tad repetitive.

My interpretation of the album (and film), as with much of Radiohead’s output in the turn of the century, is that Yorke is passionately singing about that ‘quiet desperation‘ found in English society. Sleepwalking to work, cyclic, looping Westworld-esque lives being lived on hamster wheels. Although perhaps a monotony Yorke himself hasn’t had to experience since the mid-90s, it’s still one that is necessary to talk about in contemporary music.

For me, this isn’t quite as challenging or as hard of a pill to swallow as something like Hail to the Thief, but I am reminded often that other people exist on this planet, and that perhaps this music is still not quite as accessible as I hear it being. At the end of June, after a festival that my friend had put on over the weekend, us and all of our friends went back to his house for a birthday party, to celebrate his mother turning a whole year older. Myself and my guitarist arrived a short while before everyone else, and our instinct was to get the party going by playing Anima through the speakers. At one point, someone commented that it was ‘an odd choice‘, and that perhaps it would be more beneficial for us to consider putting on ‘something that everyone can enjoy.‘ As a result, we paused Anima, and instead forced everyone to listen to In Rainbows, “Videotape” and all. A party where Radiohead or Thom Yorke aren’t welcome is a party I’m better off not attending.