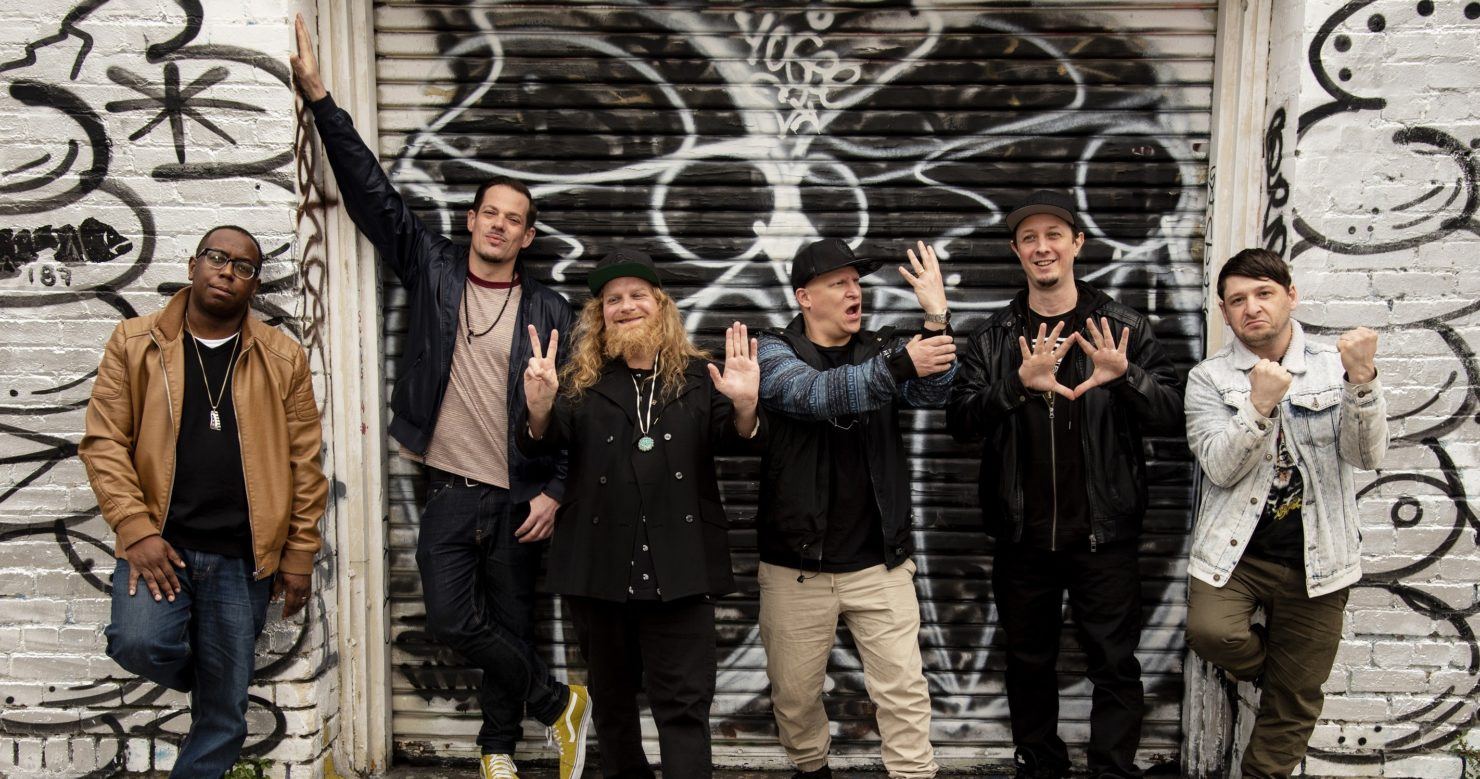 I don’t know how you feel about this, but the warm weather is perfect for having some fresh Lettuce! It’s always a good idea to get some Lettuce, not only in the nutritional sense, but also musically. The Boston, Massachusetts-based funk band was formed in 1992, and just released their seventh studio album Elevate on June 14, via their very own label Lettuce Records.

The record starts with light trap elements that become especially apparent in the drum beat, where there’s a chill-out down-tempo vibe. Soft e-piano licks and groovy basslines spice things up, while the trumpets take control of the melodic work. Overall, “Trapezoid” really fits as an album opener, and creates great vibes with the accentuated use of trumpet. It might be one of the most hip hop tracks on Elevate, whereas most of the following material is very funky with its slightly rock-influenced guitars (“Royal Highness”) and a clear focus on the trumpets.

Not all of Lettuce’ music sounds positive and summery, though. “Shmink Dabby Kane”, for example, sounds almost melancholic and depressing, reminding me of Strawberry Girls when it comes to the atmosphere and overall composition. Especially the guitar solo really stands out on this one, and pushes the guitar as a melody instrument into the spotlight for the first time, while the trumpets take on a more accompanying role. Its mesmerizing main theme and rhythmic pattern make “Shmink Dabby Kane” one of the most memorable tracks of Elevate.

The first properly outstanding song is “Everybody Wants To Rule The World”. Lettuce took Tears For Fears’ 1985 classic and reinterpreted this well-known, monumental song in a very jazzy, yet also quite funky way. The chord progression starts off smooth, and it is soon to be followed by the rhythmic construct that underlines the very unexpected yet fitting vocals. There are plenty of versions of this song; acts like Lorde, Foals, Andy McKee or Weezer did their own cover versions, and they are all different. Honestly, this funky version feels great, and brings in an unexpected, but convincing diversity to this classic!

With a runtime of more than 13 minutes, “Gang Ten” seems to be the ‘prog hammer’ on Elevate. Even though there’s no reminiscence to prog, the song’s length really stands out when compared to the other tracks on this album. Within “Gang Ten”, there’s a super catchy trumpet melody line that interplays with the rhythmic guitar and some ambient synth sounds. Lettuce really know how to play with musical reduction and how to create momentum in their songs. Not many things actually happen throughout “Gang Ten”, which feels more like a change of the instrumental focus. It spotlights the guitars, just to illuminate the trumpet the next minute and finally reduce it back to aiding the rhythm group. Omnipresent is only the melody line. After ten minutes, the song gets slightly trippy, and the drums play in a minimally distorted way, while the bass is still playing as previously established. This creates a great trip-hop vibe that gets surrounded by the ambient synthesizers. This effect also appears in “Purple Cabbage”, slowing it down in a trippy way.

The chilling groove of “Laminar” almost comes with a light ‘porn-jazz’ feel, which is mostly due to the repetitive bass line and its nasty sound in combination with the guitar and brass. “Laminar” is the one song you’d wanna hear down in an old jazz club, or in a classy beach bar late at night. Subtle and discreet, the groove carries on and mesmerizes with its lightness.

Elevate closes with “Trapezoid Dub”, which draws the circle back to the very opening track “Trapezoid”. Melodies and elements from the intro song reappear, and the overall vibe is very dense and mysterious, just as “Trapezoid” was almost an hour ago! Lettuce really rounded out their album in a good way here. All things considered, Elevate doesn’t lack diversity, yet stays in its comfort zone. Most of the songs are instrumental, while the vocalized ones stand out in a refreshing way. Lettuce delivered a soundtrack for summer with Elevate, and now it’s up to you to enjoy it with some cool refreshments, or simply take it as it is: a cool summer refreshment in and of itself.