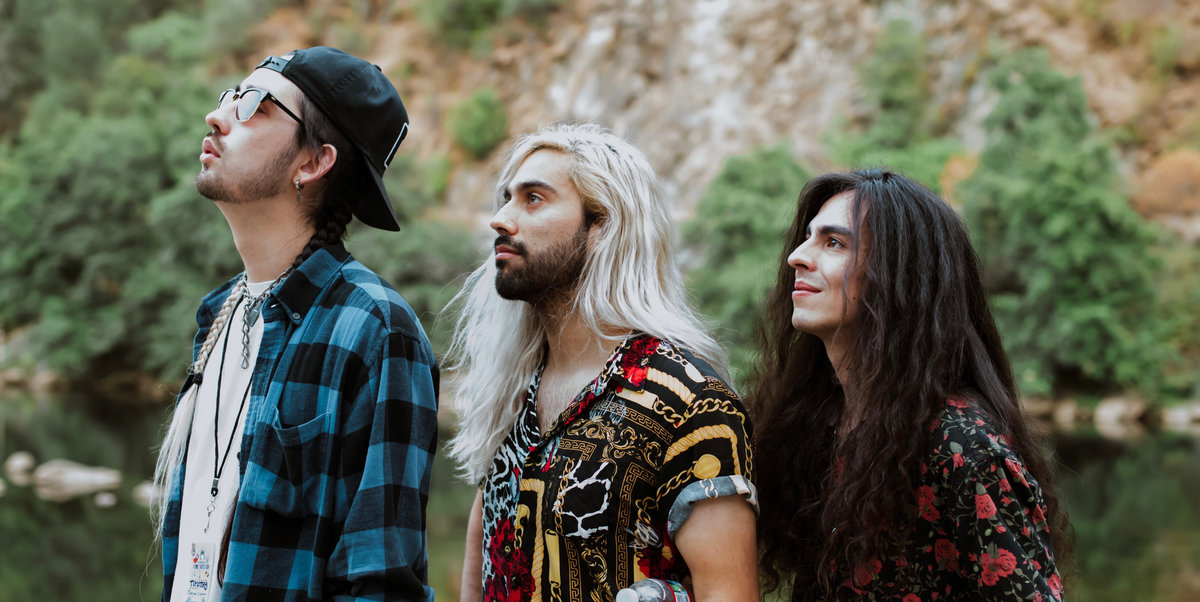 By Carlos Vélez-CancelDecember 3, 2021 No Comments

As the album title suggests, In Cinemascope with Stereophonic Sound serves as a larger-than-life introduction to The Seafloor Cinema‘s musical shift – meshing past and present pop music trends with heartfelt delivery that only post-hardcore bands can accomplish, resulting in a release that is catchy, nostalgic, and overall fun.

There must be something in the water over at the US – mainly in the West Coast area – as a surge of swancore-adjacent bands has been delving into much poppier soundscapes, and it’s good. It’s great, actually, and why wouldn’t it be? Blending the franticness of post-hardcore, the technicality of math rock, and the jovial flashiness coming from modern pop production results in an explosion of groove that simply makes sense. Artists and bands like Andrés (who is featured on this album), Amarionette, Coletta, and the now-defunct supergroup Eternity Forever have plagued the ears of fans of this niche music genre with their tasteful amalgamation of swancore, pop, and R&B. Now, The Seafloor Cinema comes into the picture with In Cinemascope with Stereophonic Sound, where the band succeeds in crafting an even more accessible record in comparison to their contemporaries’ past releases. Call it swan-pop, if you will.

With In Cinemascope with Stereophonic Sound, the Sacramento act simplify their midwest emo-tinged math rock cuts for a more adapted approach to music that incorporates as many pop music tropes as possible. Of course, this is not necessarily meant with ill intent, as the vibrancy emanated from each song showcases a lot of heart and there is a sense of grandeur that is hard to not find charming. I just find that the familiarity and nostalgia that may come from integrating past and current musical trends of modern pop, new wave, R&B, pop punk, and early 2010s EDM left the album with a bit to be desired, especially with there being exciting potential for the band to fully meld these music genres into their established sound.

A big contributing factor to this feeling of wanting more out of In Cinemascope with Stereophonic Sound lies on the over-polished production. There’s merit to the grand sounds stemming from some of the songs on here: “Glimmer”, for example, excels in presenting a larger-than-life side to this blend of swancore and pop. The way the orchestral inclusion contrasts with bubbly pop vocal lines and noodle-y guitar passages calls for an enjoyable listening experience. Conversely, songs such as the opener, “Adjusting Expectations” – while feeling electrifying largely due to the midwest emo guitar riffs accompanying the thundering bass and overall danceable groove – come out as one-dimensional. The same can be said for “Can Someone Please Draw Me a Map to Serotonin”, sporting the blandest of the 3-3-2 rhythm pattern commonly found in pop rock acts.

Fret not, dear reader – you’ll find tons of bangers throughout the album. “Nightjammer” is as smooth as a late-night drive; the synth pop undertones, coupled with a wonderful combination between a powerful vocal performance and soaring guitar leads, brings out an energy that is instantly contagious. Meanwhile, “If You Deserve It, You Deserve It” and “John Henry the Man Who Beat the Machine” explore glossy pop R&B territory à la The Weeknd’s recent stuff, resulting in two tracks that sound fresh and are some of the only instances where the band sound comfortable with what they’re working with here.

Ultimately, though, The Seafloor Cinema simply have their brand of the swancore post-hardcore sound right in the money. One only has to listen to the singles “Crash Nebula… On Ice!” and “Tap Tapply” to confirm this.  Both serve you with platters of thrilling choruses, tasty drum and bass pairings, and kaleidoscopic guitar leads that coalesce together effortlessly, with the latter introducing what I feel is the direction they were aiming for (along with “Glimmer”).

In retrospect, I may have seemed a little rough with my gripes with In Cinemascope with Stereophonic Sound, but that is because I hear potential brewing in there that’ll sure set them apart from other bands with similar musical stylings. There are times where the album sounds a bit disjointed or stale, but in the end, the heart and drive put into each song overshadow whatever negative thoughts I might have for this. Combining their trademark post-hardcore sound with different pop music sensibilities is evidently intriguing and, while some of them might not have stuck to me as much as others, the fact of the matter is that, clearly, there is something going on with this new musical adventure The Seafloor Cinema is testing out.