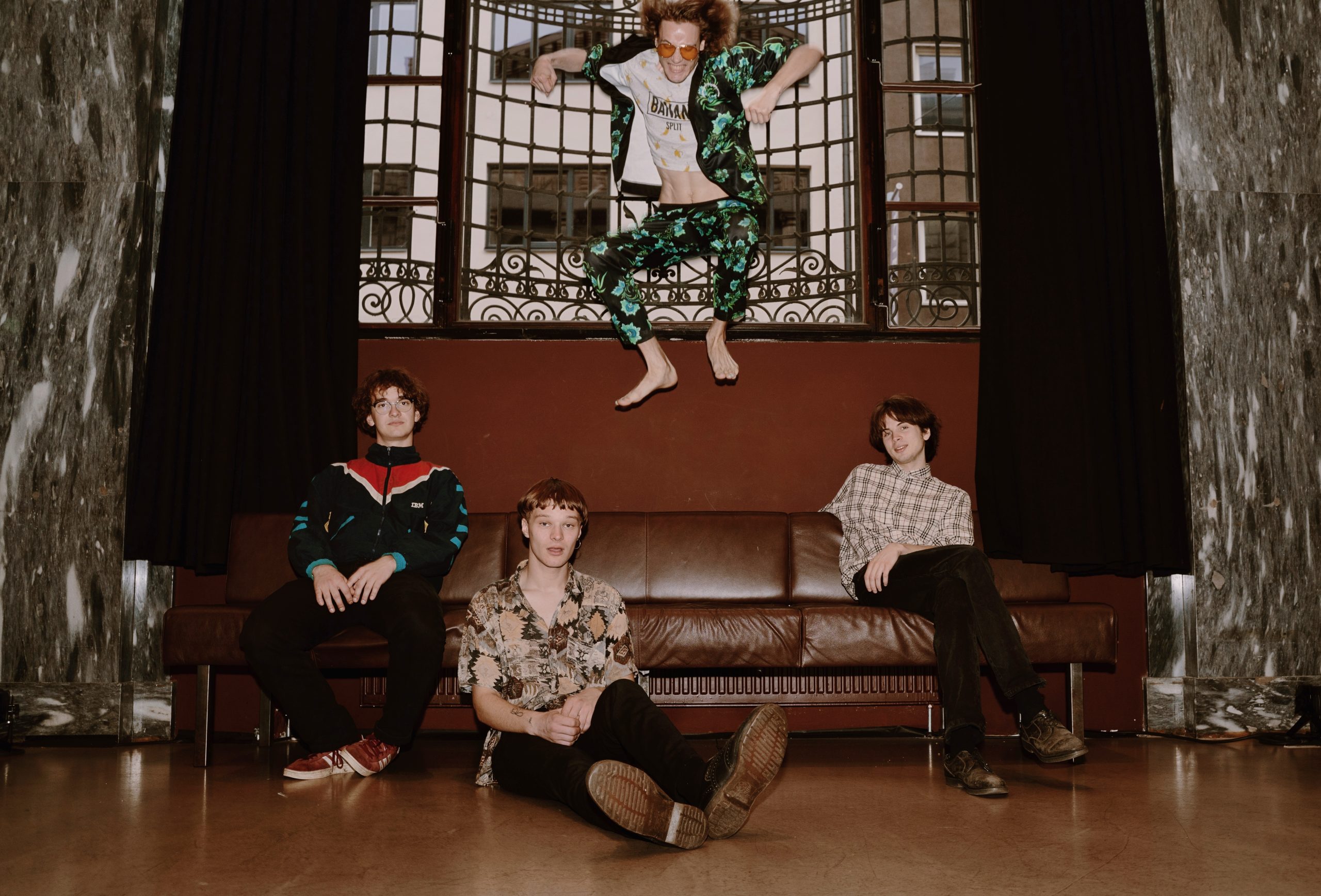 Regular readers of Everything Is Noise should recognise the name Duvel, perhaps remembering our premiere of their self-titled album way back in June (feels like years ago, doesn’t it). The Norwegian four-piece are back to us yet again with another premiere, this time with a video for their song “All Out On You”.

A charming outfit, Duvel have crafted a reputation for themselves with a carefree DIY attitude and catchy tunes that pack more than a little punch. A self-declared ‘war against all that is established, everyday and boring‘, their latest release is an energetic, feel-good collection of songs. “All Out On You” is the new video the album, with the band working with Alba Falch Nesheim for the visual accompaniment.

“All Out On You” sounds like a song destined for a large field on a festival stage in the summer, so it is a welcome listen on the dark, dreary winters night on which this article is written. It is hard not to find yourself smiling when those choruses kick in, with the dancing keys complementing the track perfectly. The feel-good vibe of the track becomes a little surprising when vocalist Jack Holldorff explains the lyrical inspiration:

‘So I woke up one morning, more or less covered in blood. It wasn’t mine, and I didn’t really remember who it belonged to. I was really, really, really fucking scared. I made a couple of phone-calls and it was all sorted out. The lyrics sort of came to me after that incident. Lol! That sounded a lot darker than I thought it would.

‘The other guy was fine. We apologized and everything. Forget about it! Anyway, I think the song really stands out. I mean, it’s so catchy it’s stupid. Listen to it. We made a pop record and it’s fierce as fuck! Enjoy.’

Thankfully, Alba Falch Nesheim decided not to re-create this incident for the video, but rather contrasts an enjoyable evening with friends with (what appears to be) a very reluctant game of tennis. The mix of high quality footage and low-budget style visuals make for an enjoyable watch. Falch Nesheim talks us through the music video and her thinking behind the different styles:

‘The summer before I started film school I was asked to make a music video for Duvel. I’ve been a long time fan of their music and was honored by the opportunity. They told me that they wanted a visual expression that reflected the band’s identity rather than a more filmatic or artsy style. I wanted to make a low budget, documentary inspired music video. I followed the band and their friends through an evening, then as a contrast I also wanted to film them playing tennis. I think this reflects back to the lyrics in the song. It’s like when you wake up after a fun night out and you have to do something even though you feel like shit.’

Duvel‘s yearning to put a smile on our faces and continually improve their output is impressive. If you are looking forward to hearing what comes next in their journey, make sure to give them a follow on Facebook. If you haven’t yet checked out their latest album, you can do so by heading on over to their Bandcamp page.