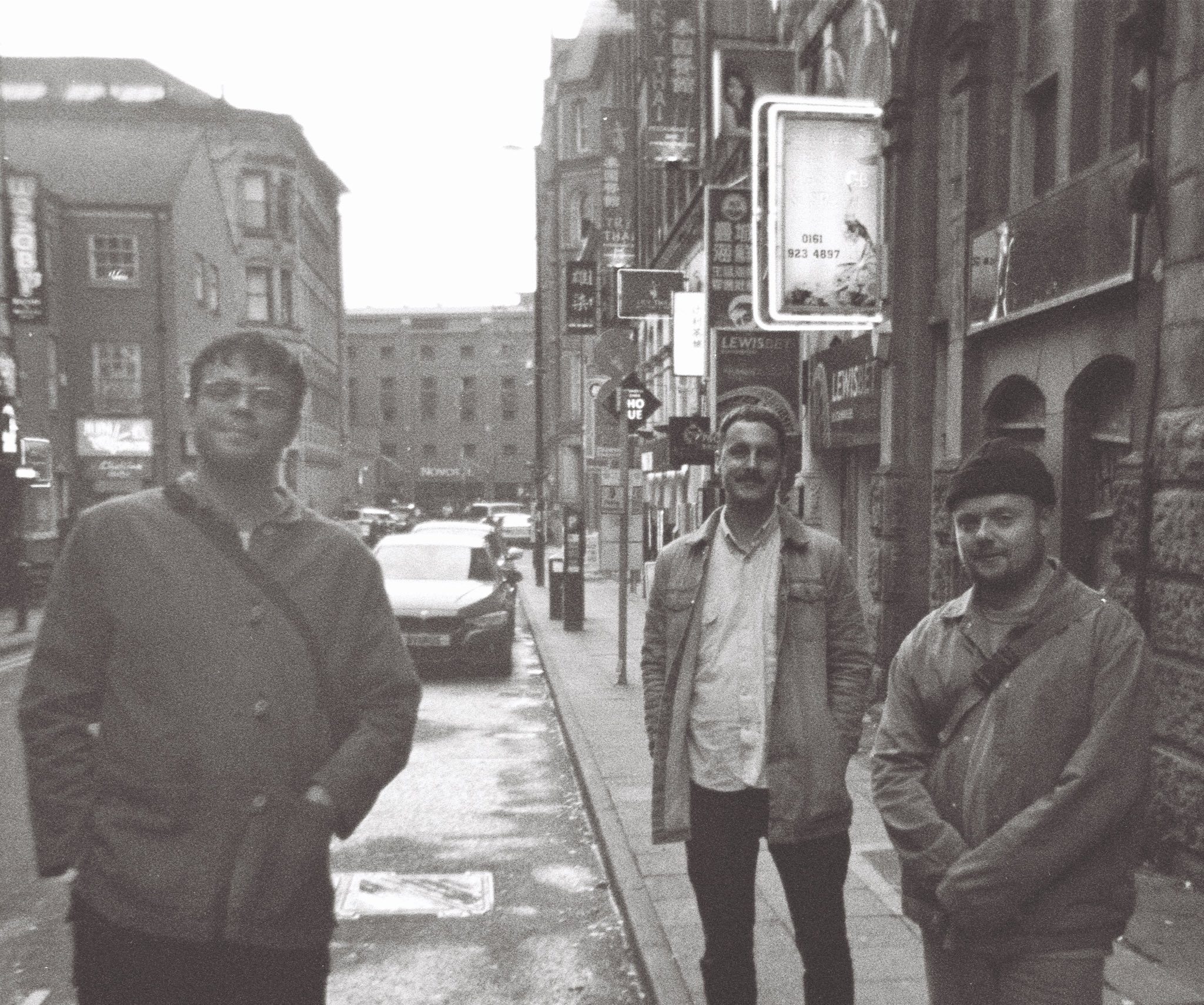 By David RodriguezDecember 26, 2021 No Comments

Incident On 3rd is a beastly menace of an album, masquerading as a delightful romp through the underbelly of a nameless metropolis – or is it the other way around?

See, this is exactly why you don’t drop your AOTY lists in December or (*visibly cringes*) November. Because one of your favorite bands will drop an album out of nowhere and ruin your whole shit in the best way possible.

I’ve written and worked at this site for four and a half years now, and one of the best discoveries I’ve made from my time here has been The Physics House Band, first with their 2017 album Mercury Fountain, then their following input, including their Death Sequence EP/mini-album, which I keenly reviewed two, almost three years ago. Finally, the English progressive jazz fusion/rock trio have a proper follow-up now, Incident On 3rd, which is so aptly described by the band themselves I can’t help but quote the whole thing here as an introduction:

‘A 54 minute roaming of a specious metropolitan environment, dusk to dawn. At moments standing on the sidewalk cleansing in the neon and ornate structures, precipitating to other moments slumped in the rotting jazz clubs that populate the district’s underworld.‘

Incident On 3rd is a sprawling machine, fully intent on feeding just as much as it starves. It’s beguiling in a way, flirting with a smile while the tongue presses against the back of teeth, eager to lash out at you. Sometimes you just fall into a spiral of your own accord, the walls of the city closing in around you as if sentient and malevolent. Maybe it’s the drugs you took as well… and where are your friends? They were just behind you, what, five minutes ago. Your cell phone’s gone missing at some point and you have faint memories of leaving your wallet on the edge of the bar when you leaned in for a drunk selfie with someone you met, or did you leave it in the stall of the restroom you were in?

The first half has a bristling energy, the kind you have when you set off for a long, hopefully fun night. Your mind spins from the possibilities – who will you see, what will happen? “Drifter” and the title track are quick, barely lulling tracks that encompass that mindset well. It’s the equivalent of piling into the back of a Lyft with friends to go into the city, all natural light having evaporated from the sky. Drums mimic your pulse – stamping and excited, a little irregular if you paid enough attention. Saxophone blurts into the mix like a sudden callout from a friend of yours – ‘look, that’s the place!‘ as you all stare into blinding neon, blurring your vision. Guitars at the beginning of “Incident On 3rd” inhabit an uncertainty and unevenness, footsteps cloaked with caution, cigarette butts lodging themselves between your shoes’ treads.

“Melting Through Midtown” is a respite, a piano-led dissolution onto a bench in a park, just far enough away from the bustle of traffic to feel relaxing, but close enough to the edge of your concrete playground to feel the shadows staring at you like prey. Your eyes water, stretching the lights from cars into towering beacons, the chatter of other friend groups pricking your ears. “Sounding Of The Dawn” is a wonderful companion track, focusing on breathy saxophone melodies, increasing in intensity like the city coming to life in the morning.

Returning to more of a rhythm-based structure, “Drug Store” brings some of that prior anxiety back, escalating to the point of filling out the entire profile of what you’d expect a modern jazz fusion track to be. Wily guitars with moderate twang, angular sax stabs, and manic drums that do everything short of fall off the rails. If the song’s name is to be taken literally, it’s like someone came into the same store you were in and started a brawl with others minding their own business, leaving you to try to escape unscathed and without whatever you were looking for. Following that is “Big Six”, another exquisite belter dripping with energy and personality. When I hear that name, I think of the Big Six of the US civil rights movement – likely unrelated, but I can’t help but relate the energy of the track and its more somber breakdown to the tone of the marches and protests those men organized and lead.

“Swansong” swings around for another pensive number with emotive piano and not much else. There’s an air of drama to it all, like a pianist on a grand, darkened stage solo playing this song for a bewitched audience. I can practically hear a raucous applause at the end. “La Croix Electrique” is the longest track and Incident On 3rd‘s most progressive by my estimation. It’s about three distinct sections of diverse sound, like walking through the halls of the rehearsal spaces at a theatre – eclectic and masterfully, cinematically maneuvered.

Our last two songs holds some of the most memorable pulls from the album. The rumbling buzzing in the mix and plucky piano of “Club Quarters” really builds this driving tone to the track like you’re on a bus going across town, watching others board and depart, hearing others’ noises usurp past your headphones into your head. Drums skitter all around the whole song and always color the track with different fills and accents to keep things limber and agile. Whereas “Inner City Rumination” is our bombastic closing track with large guitar parts, rolling drums, and varied sax notes to give the song some curves and cadence. It’s like the sun breaking the dark of night, solar flares dancing from its surface invisible to your eye, yet there you are staring at it until your retinas melt and you go blind. The song is a huge finisher, wrapping up the dark, gripping atmosphere of the whole album into a bowed present that could house either trick or treat, its abrupt ending prodding one more off-putting gesture into your ribs.

Incident On 3rd really wants you to hand yourself off to it, to trust it implicitly, and go along for the ride. The question isn’t so much ‘can you survive?‘ as it is ‘what do you stand to lose or gain?’. A full night’s time is condensed into its 54 minutes of music, not necessarily in order, and all of it so expertly textured and moody, always lit from the back by street lights in the distance, seated in the puddles that remain from an evening rain. It’s uncomfortable, yet enticing.

Incident On 3rd shows what The Physics House Band have had knocking around in their heads for years now, making everything else seem like a simple stepping stone to get to this point and carrying the banner of a true-blue progressive band. We’ve seen an immense growth in a relatively short time, using the absolutely limitless framework of jazz to grow and spread wings. But if this is simply the takeoff, surely there is more heights for the band to reach. At this point, I feel safe saying their trajectory seems about as limitless as the music they inhabit and utilize to paint some of the most vivid soundscapes imaginable, in this genre or otherwise.