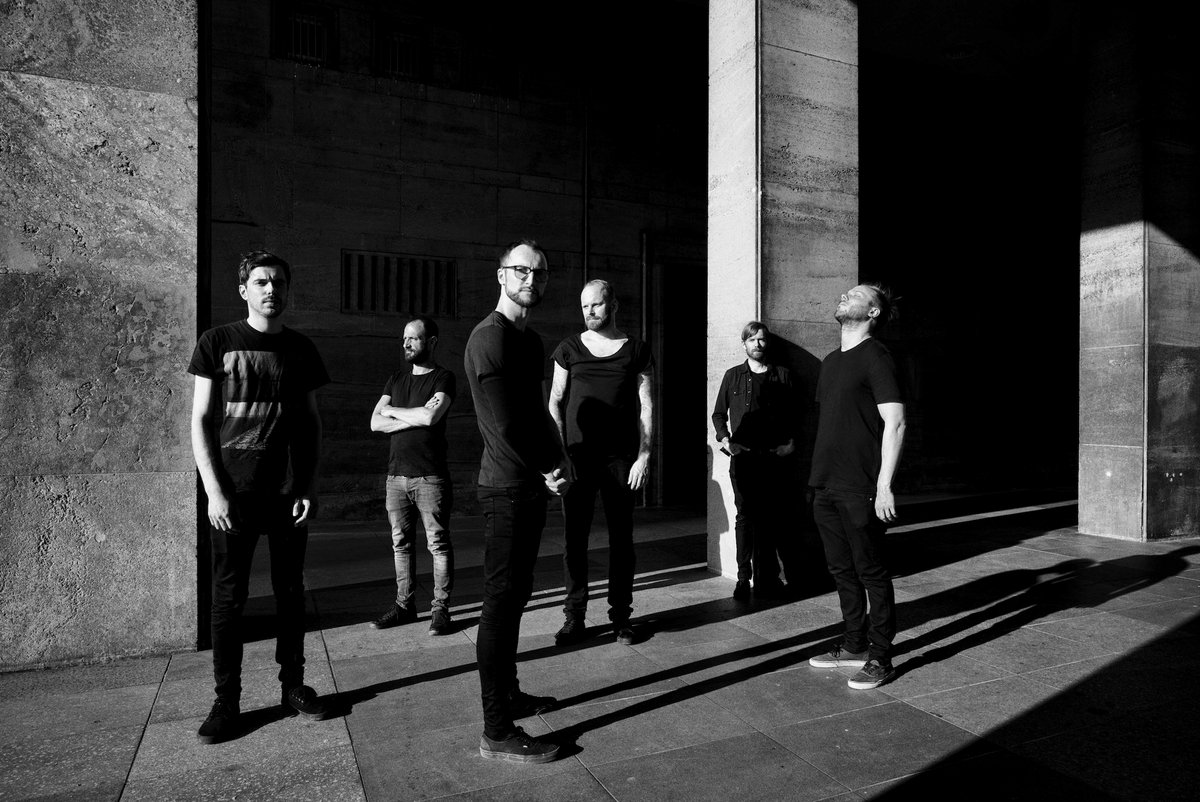 By Pete OverellSeptember 24, 2020 No Comments

Phanerozoic II: Mesozoic | Cenozoic has one particularly good attribute about it: the vocals from Loïc Rossetti. The vocal hooks and movements are enchanting – unfortunately, the instrumentation leaves you wanting.

Is that preamble too over the top? Maybe, but I hope you’ll understand I’m treading a tightrope here. Reviewing one of your favourite artist’s latest records is always difficult; sometimes you want to dial down the praise to not seem like a superfan, but what if the artist reads it and remembers your name when you engage with them in interviews, etc.? A delicate situation, compounded when the record isn’t everything you hoped for. That being said, I’ve done this long enough now that I know the difference between an artist not living up to my own personal expectations, and when the album just isn’t that special.

I think that The Ocean have created a record that will appease fans, bringing in new ones from other genres, but at the end of the day, it isn’t as groundbreaking as Pelagial or as exciting as the first half of the Phanerozoic saga. It is by no means bad – belay that thought – it just lacks the jaw-dropping originality the others had. Is that a symptom of the glut of progressive/post-metal releases from the last few years or a sonic direction that simply doesn’t resonate? Let us dig in.

The biggest positive is by far and away the continued progression of Loïc Rossetti’s vocals. I will argue to the grave that he is one of the, if not the, best vocal performers in metal, with an incredible range, moving deftly from raucous and brutal screams to passionate melodies, which have you singing along at the top of your voice. This album sees him take on even more of a starring role, with his range being exploited differently via either effects or new styles of music underneath. The biggest star of his performance is the hooks that he employs throughout every track he sings on. I can’t remember an album whose lines stuck so clearly in my head after listening than Phanerozoic II. Some are simply clever melodies, others brilliant criticisms of humanity that resonate deeply with me.

Like the first album, Phanerozoic II continues to attack humanity’s continued apathy to the global climate crisis, or whatever you want to call it. The key messages are that everything is melting, we’re going to die just like the dinosaurs, but you’re all too self-obsessed to realise or do anything about it. With Rossetti touching on huge forest fires burning across countries and climate events that we can’t even begin to fathom, the album couldn’t be released at a better time. I really enjoyed the lyrics about being emotionally intelligent when debating such serious issues facing the world and likening the mass extinction humanity is perpetrating against the world to the fate of the dinosaurs in “Jurassic | Cretaceous”.

Moving past the fantastic vocals, what I found slightly confusing was the lack of individual creativity expressed by the key physical instrumentation on the album. I felt like I’d heard a lot of the sounds or ideas coming from the guitars before, especially the Tool riffs found littered throughout “Triassic” and “Jurassic | Cretaceous”. After countless listens, the inclusion of these extremely 10,000 Days riffs quite simply baffles me, feeling totally out of place in the unique and creative world of The Ocean. Or is it tongue-in-cheek from a notoriously arty band, levying a dinosaur joke at Tool? Going back to my original point, I feel like the previous record had more flourishes from the instruments that really made your jaw drop at the musicianship. The massive groove in “Ordovicium” and the crazy bass in “Permian” both really stuck and felt really unique, but I can’t put my finger on similar moments in Phanerozoic II. The individual creativity really seems to come from Rossetti throughout the record.

Yet that isn’t to say that the songs don’t gel; Robin Stapps writes fucking great tracks. They ebb and flow like an unpredictable tide, never quite revealing what tempo or ferocity they’ll reach until it has happened. As ever, I love the way that many songs climax in a very familiar grandiose way. Others are a calming and soothing experience, with the subtleties the key focus. They are of course still throwing in curveballs like the black metal furore that rounds off “Jurassic | Cretaceous”, which was employed very well at the end of their titanic thirteen-minute track.

The element which I felt really hindered the record instrumentally was something I praised heavily in my Phanerozoic I: Paleozoic review – the synths. I was excited by their inclusion in the previous record because they added this layer of mystique and intrigue that the string and horn instruments employed in The Ocean‘s previous tracks couldn’t. They fit the first album perfectly, but I feel they were far too overused in this part, clouding the mix. The atmosphere they create is thick and heavy, which despite their best efforts to contrast between the lighter and darker moments of the album, ends up blending into a uniform haze of emotions.

Now, all of that being said, I also appreciate, with the band telling a story of the history of the earth through millions of years, the atmosphere should rightly become more futuristic and technical. They cleverly employ elements of synthwave in their interesting instrumental track “Oligocene”, and during the final track, “Holocene”, utilise a lot of effects and synth to create a thick and almost Blade Runner-like atmosphere.

Which leads me onto my second biggest positive from this record. The mix. Holy shit. What a fantastic job they have done all round on it, even with my own personal taste not agreeing with the thickness of the synth layer. Out of all of their records, this is certainly the smartest mix yet, with fantastic effects being used on backing vocals and effects. You feel like Rossetti is the voice in your head, and that the instruments are right there in the room with you.

Stepping back, as a body of work, it feels complete, running smoothly from one track to the next and as always painting a brilliant story. Having run the full Phanerozoic saga back to back multiple times (once even with Precambrian as well), I can certainly tell you that the record as a long-play experience holds up too. Yet it just isn’t their best album. There is a ton of experimentation here with many good aspects and others either boring or lacklustre. The fan reaction will be interesting to see, and I expect more new followers to arrive from the halls of progressive metal with fans of their older, more organic sound potentially dropping off. Still, a great album, just not quite as charged with timelessness as their previous records.