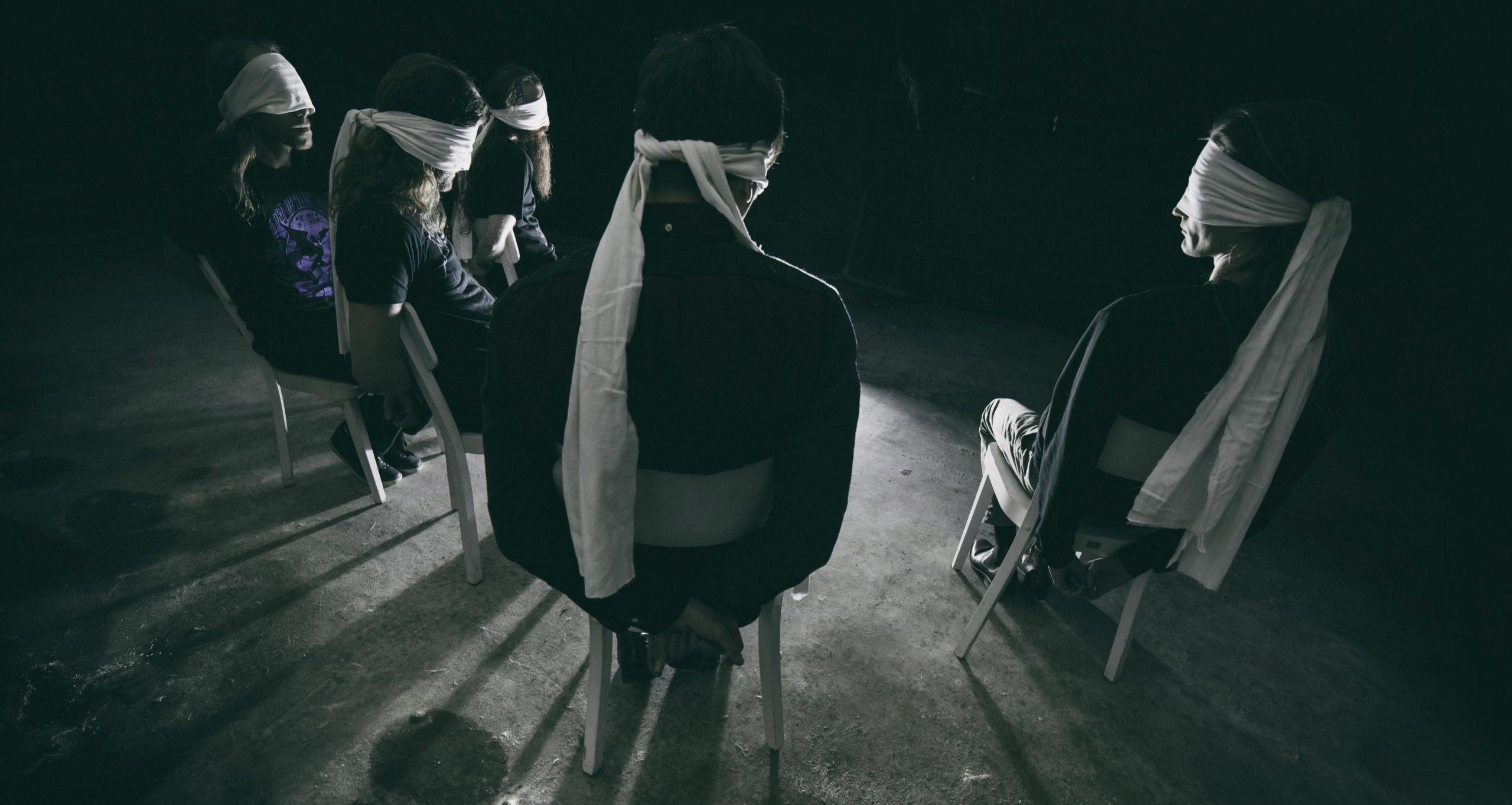 Join us today to gaze into the massive, pitch-black pit that is Geen Weg Uit, the new album from the Dutch blackgaze quintet Dystopia.

Geen Weg Uit is a massive, hopeless, and soul-clenching effort from a band that doesn’t bow to their peers, but instead are paving their own kind of path through a concoction of black metal and shoegaze traits, combined with a healthy dose of ambient and death-esque components. Now, if you find yourself wondering how is it possible to find enjoyability from something that can be described in such grating and scathing words, I can’t exactly give you an explicit or sensible answer straight away. But fear not, you can sink your teeth into it right now and find out for yourself. So, hit play below and follow through for my continued, ponderous guessing about why Dystopia are as fascinating a unit as they are on this new album.

Geen Weg Uit is composed of three major sequences, two of which are chopped into a few, length-wise more digestible sections, albeit running seamlessly throughout. Making a point for the sake of my earlier, highly reassuring wordsmithery, the whole album ebbs and flows like nobody’s business, and that’s the main reason why it is so enjoyable and equally tormentous, as polarizing as that may sound. The album’s main building block is its immersive and unpardonable atmosphere that, despite its tortuous tendencies, manages to stay cohesive through the album’s duration. While the first pair of tracks are cut into different portions, the recurring motifs form a sticking imprint tying each of these otherwise unique movements together. Underlining this, I didn’t even notice the changes during my first few listens, though whether that speaks for the album’s coherency or my incompetence when it comes to distinguishing them, is entirely up to you.

I’ve recently developed a taste for the kind of raw and abrasive lo-fi feel that’s prevalent on Geen Weg Uit, which certainly adds to its impact when it comes to my personal delectation. There’s also some unconventional instrumentation to be found here, adding unique colours to the overall compositions that already have so much to grab onto within their confines. The clean vocal melodies in “Razernij” parts I-IV got stuck in my head for hours, now apparently days, and the draping melancholy in “De Dwaas Komt Voor De Redder” has the capability to make a person tear up, regardless of their stance. Still, my favourite part of the album is the middle one. “Van De Meute Vervreemd” is guaranteed to make any black metal aficionado and saxophone enthusiast soil themselves with joy and fervor. Sorry about that mental image, but it is what is is.

Geen Weg Uit will be out via Wolves of Hades this Friday, and is available for pre-order on the band’s Bandcamp and label’s site. Be sure to also throw a follow to Dystopia over here.