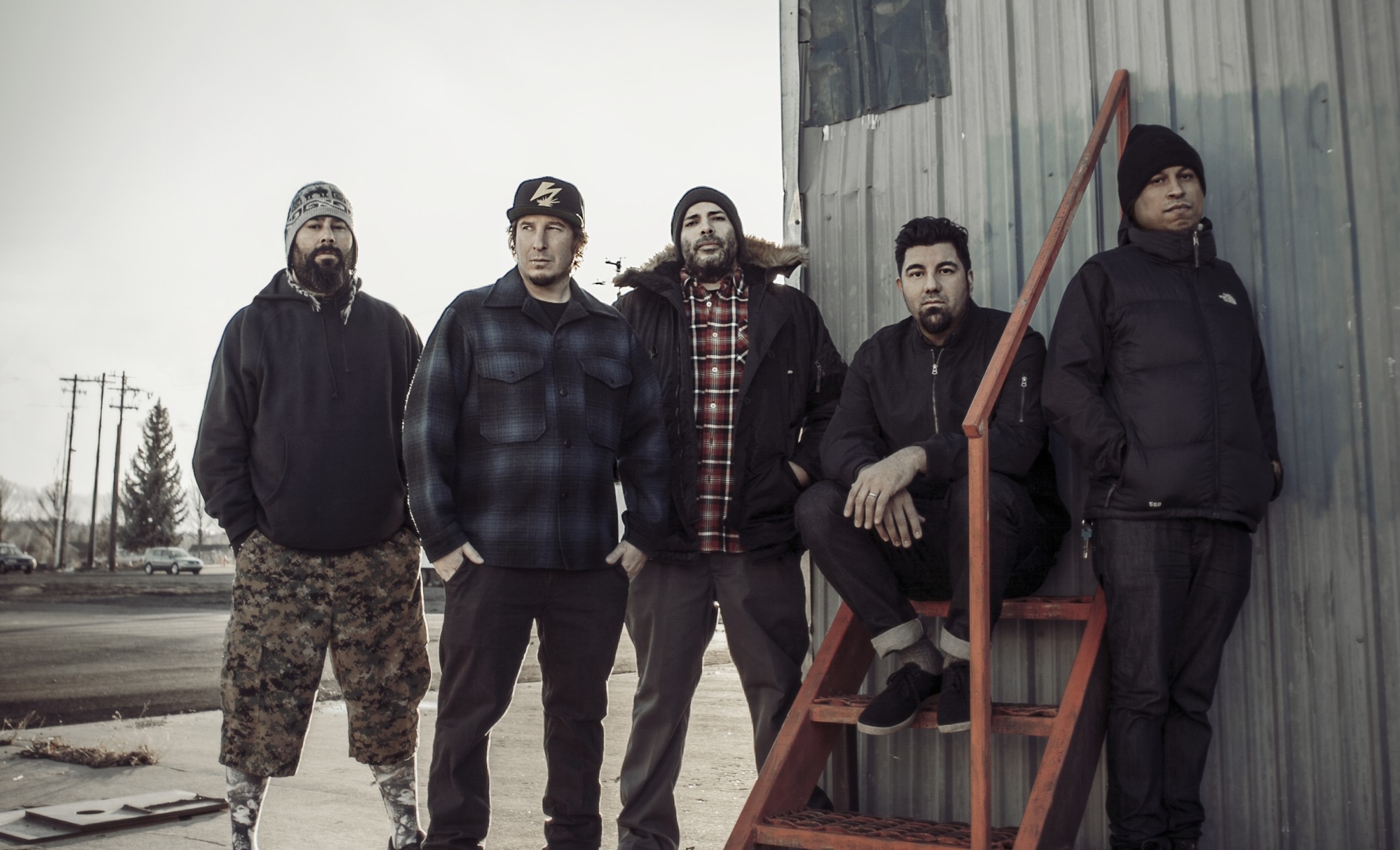 By Faisal BinzagrSeptember 25, 2020 No Comments

With the long-awaited Ohms, Deftones have achieved mastery of their signature style, pulling off being virtually everything their fans could want of them all at once – and positioning themselves to continue their domination of alternative metal in the decade to come.

The release of a new Deftones album is always an occasion. You’ll find no shortage of articles with titles such as, ‘This is What Chino Moreno Snacked on While Recording New Album,’ or, ‘Stephen Carpenter is Feeling it; Promising Heaviest Deftones Album in Years’ – demonstrating the sheer click-generating power of the band. Frankly, it isn’t difficult to see why they provoke such interest: whether you’re a fan or not, Deftones‘ role in shaping modern alternative metal for nearly three decades is undeniable.

I myself have enjoyed most of their work (typically one or two songs in particular off of each album) with the exceptions of Diamond Eyes (2010) and Koi No Yokan (2012) which I count among my favorite LPs of all time.  Their most recent release, 2016’s Gore, was well-received by most – albeit a bit more lukewarmly than usual. After four long years since then, we’ve been given a new album to kickstart the decade for the band and – I’m pleased to say – what a spectacular start it is.

Going ‘back to your roots’ is often an exercise in nostalgic failure. That being said, sounding like yourself doesn’t have to be tired and overdone, as Deftones quickly prove with their anticipated ninth album Ohms, a record that sees them reinvigorated within the musical territory they defined years ago. To be clear, as far as I know, they never made any public declarations about going back to roots… nor does it particularly sound like that’s what they’re going for. Ohms is the work of a veteran act acutely aware of their identity, strengths, and weaknesses; while relishing the act of embodying the most perfect representation of what they are. This is the first Deftones record I’ve ever listened to and loved immediately, and I suspect many others will feel similarly.

Those familiar with the group’s particular blend of shoegaze, alternative metal, trip-hop, nu-metal, and new wave will have clear expectations, and those expectations will largely be met whether you most fondly remember the bouncy aggression of Around the Fur, the dreamlike soundscapes of White Pony, or the soaring celebration of life featured on Diamond Eyes. Where Ohms so wildly succeeds isn’t in defying expectations, but in taking these familiar elements, merging them so they exist simultaneously in a single space, and re-interpreting them through a slightly different tonal lens.

Whereas in the past the band lamented, brooded, or tried to seduce listeners, now there is a degree of separation between us and them. Deftones now sound like an ascended force; relaying to us the lamentations, brooding, and seduction attempts of another mortal figure instead of their own. There is power in this music that’s difficult to quantify, and it’s everything I could have hoped for at this stage of their career.

Readers familiar with the two singles released so far may find this surprising. To this, I say that while the singles are excellent and function perfectly within the context of the album as bookends, I believe they were strategically chosen to conceal the album’s full scope. Ohms is very much an experience that slowly comes together the further along you go, one that both pays tribute to the band’s back catalogue and establishes a distinctive identity of its own by the record’s end.

It was with the third track “Urantia” – probably my personal favorite off the album – where things began to fall into place for me. The song featured a bait-and-switch that lead me to believe I was in for an aggressive metallic beatdown before it transported me back in time to a beautiful summer day, skating along the coast in the early 2000s. The song’s dreamlike alternative metal nostalgia hinges on the loose framework of a vaporwave-inspired synth lick; simultaneously sounding like the Deftones you know, and Deftones from the future.

As the album drifts between the poles of Deftones’ style, it’s all held together by the recurring use of peculiar soundscapes and more of these vaporwave synths. Whether we’re talking tracks like the “The Spell of Mathematics”, which carry the torch of Gore’s more detail-oriented style, or “This Link Is Dead” which features the strain of darkness that defined the band’s self-titled album, you will hear Ohms’ distinctive soundscapes rippling beneath the surface at all times – occasionally breaching and taking center stage at just the right moments.

For all of Ohms’ heavy philosophical themes of beginnings, endings, life, and death, the album experience still manages to feel like a celebration of life. I would argue it succeeds at doing this so well only because of its darker moments. To truly celebrate life’s beauty and richness, you have to acknowledge its darkness, and that dichotomy is represented here perfectly. Ohms is the Deftones record that most effectively bridges all of their stylistic inclinations, while more importantly succeeding as a pivotal new chapter in their story that proves you can be true to yourself and make progress simultaneously.