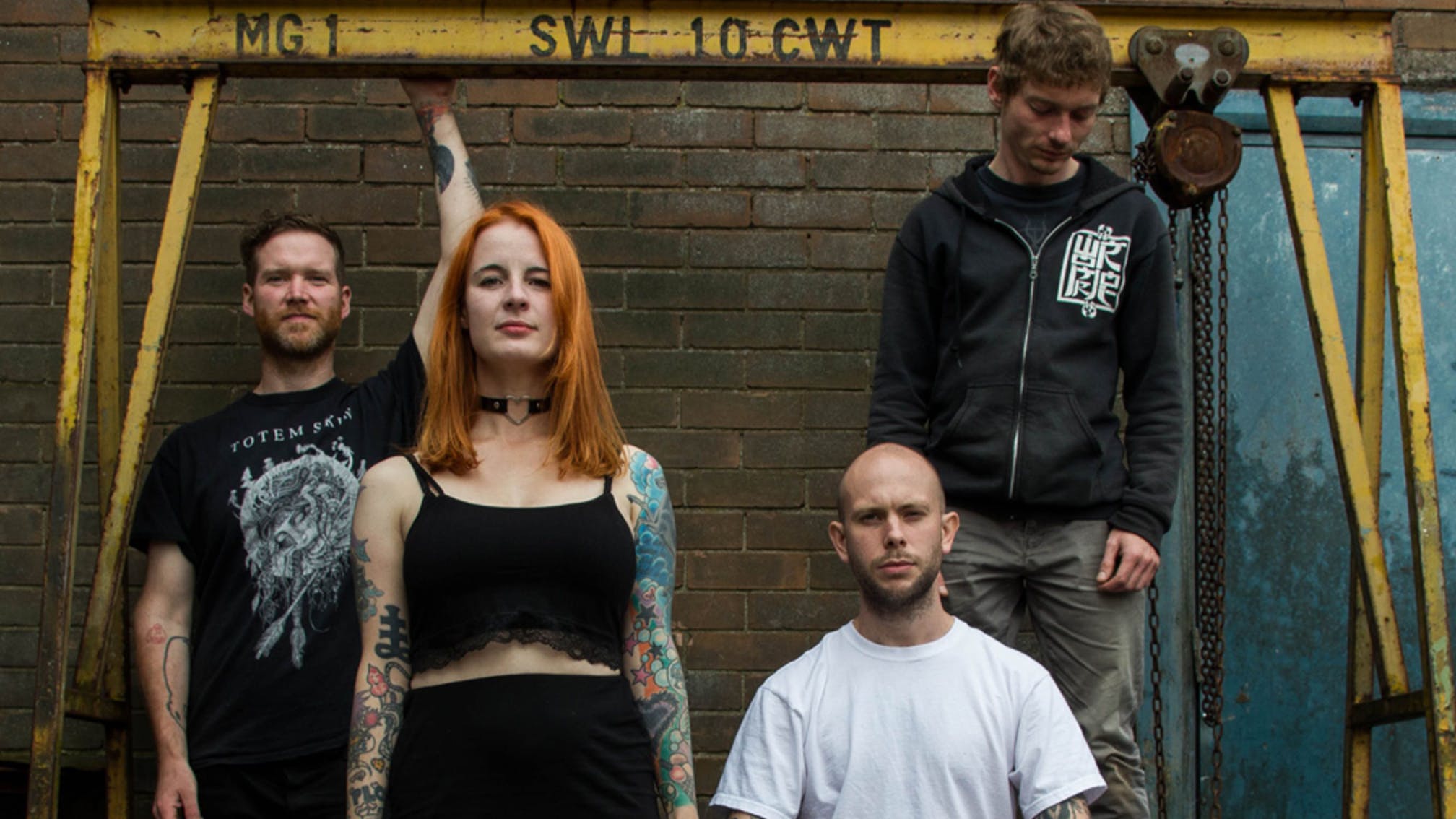 By Pete OverellSeptember 23, 2020 No Comments

When I Die, Will I Get Better? is one of 2020’s essential metal albums, progressing the sound of the post-hardcore genre whilst tackling issues surrounding women and mental health that need to be discussed.

Svalbard‘s latest album When I Die, Will I Get Better? is a record born from the trials of the band members, the elation of finding love, and a world that refuses to grow up. It is an album that serves juxtaposed savage metal with positive riffs and caring lyrics. The words hit hard, the riffs hit harder, making this one of the most essential records of the year. This is metal of the moment, a record to deliver us all from the choking atmosphere of 2020, filled with its many woes and tribulations.

One of those woes struck close to Svalbard, with the collapse of Holy Roar Records due to serious allegations of sexual assault and harassment levied against the founder of the label causing the band to swiftly disavow them and pivot in order to release their new record on time. Luckily, Justine Jones from Holy Roar pulled together a whole new release plan on Church Road Records, enabling the band to move forward with the September 25 release. Such a feat has been hailed by the band and Justine on social media, with Svalbard also donating a portion of sales to Rape Crisis England & Wales to help victims and survivors of sexual assault.

Real-world and systemic issues witnessed with the collapse of Holy Roar are what fuels Svalbard‘s music, making it hit home so much harder. Yet underlying these discussions is a hopeful drive to their songs, that things can change and humanity will become emotionally intelligent and, as a net result, nicer to one another. This is not a record about tearing down those who subject others to abuse, it’s a record about changing the conversation, acknowledging mental health issues, and tackling them together. It is fucking awesome, and I feel privileged to have spent so much time with the record.

Svalbard‘s latest interviews are really wholesome to read, with the band giving personal and philosophical insight into how they arrived at the upbeat riffs or poignant commentary on society. One of the comments I was most taken aback by in the article linked, was hearing about the contrasting states of mind within the band when writing “Open Wounds”, the album opener. Like me, you’ll probably feel that without the vocals, this is a pretty happy song, with the soaring riffs and brilliant crescendos engaging the senses and seeding happiness within. But then the vocals from Serena portray a feeling of claustrophobia and anguish, with the lyrics a deep look at depression and anxiety. Liam, one of the guitarists in the band, said of the song;

‘I remember thinking at the time that the contrast between our emotional states was vast; I’d just met my partner and was over the moon, I’d never felt so good about someone before, I was elated. Serena on the other hand was not in a good way, we were at opposite ends of the spectrum. I feel like that mix of emotions really permeated into the songs, when I listen to “Open Wound” for example, I can feel the happiness, excitement and optimism that I felt when I was writing those riffs and yet the music is in complete juxtaposition with the lyrics, it really signifies the difference between our two outlooks at the time.’

This sharp contrast is what makes Svalbard‘s music so personal, painting an image of real-life through their music.

By and large, the songs, for the most part, have the upbeat, uplifting post-hardcore framed behind the crushing screams of Serena, except for the final track which has an all-round positive feel to it throughout, thanks to the band all finding love. One of the big drivers for this huge sound is the frenetic drums, which toy between hardcore and black metal, pulsing with energy all the time. When they need to get nasty, they do so with deft switches.

Without diminishing the messages painted in the other songs, the ideas promoted in “What Was She Wearing” and “The Currency Of Beauty” are the ones which hit home closest, with the music complementing the vocals perfectly. Underlying Serena tearing down accepted institutional sexism and highlighting the plight of women both in the professional arena and in everyday life is a titanic soundtrack, that pummels home the brutal rasps. The lyrics are humbling yet hopeful, with both tracks climbing to a crescendo laden with vocal hooks that stop you in your tracks and make you consider your actions acutely. This album is great for empowering those survivors and sufferers of sexism who need a friendly voice, and a record that many, many more need to hear in order to fix their hearts.

Comparing similar artists, I found myself far more drawn into Svalbard‘s album over Envy‘s, which I reviewed earlier this year. Fall Of Messiah might’ve put out a record that identifies more with my psychedelic nature, yet I find Svalbard‘s comes out top due to the impact it has had. The moods conveyed in the instruments and vocals are rich and enveloping, the vocals gripping and powerful. As we head into a potential second lockdown in Europe, this record and its hopeful messages will be needed by many. Make sure to keep each other safe and rock out to Svalbard.