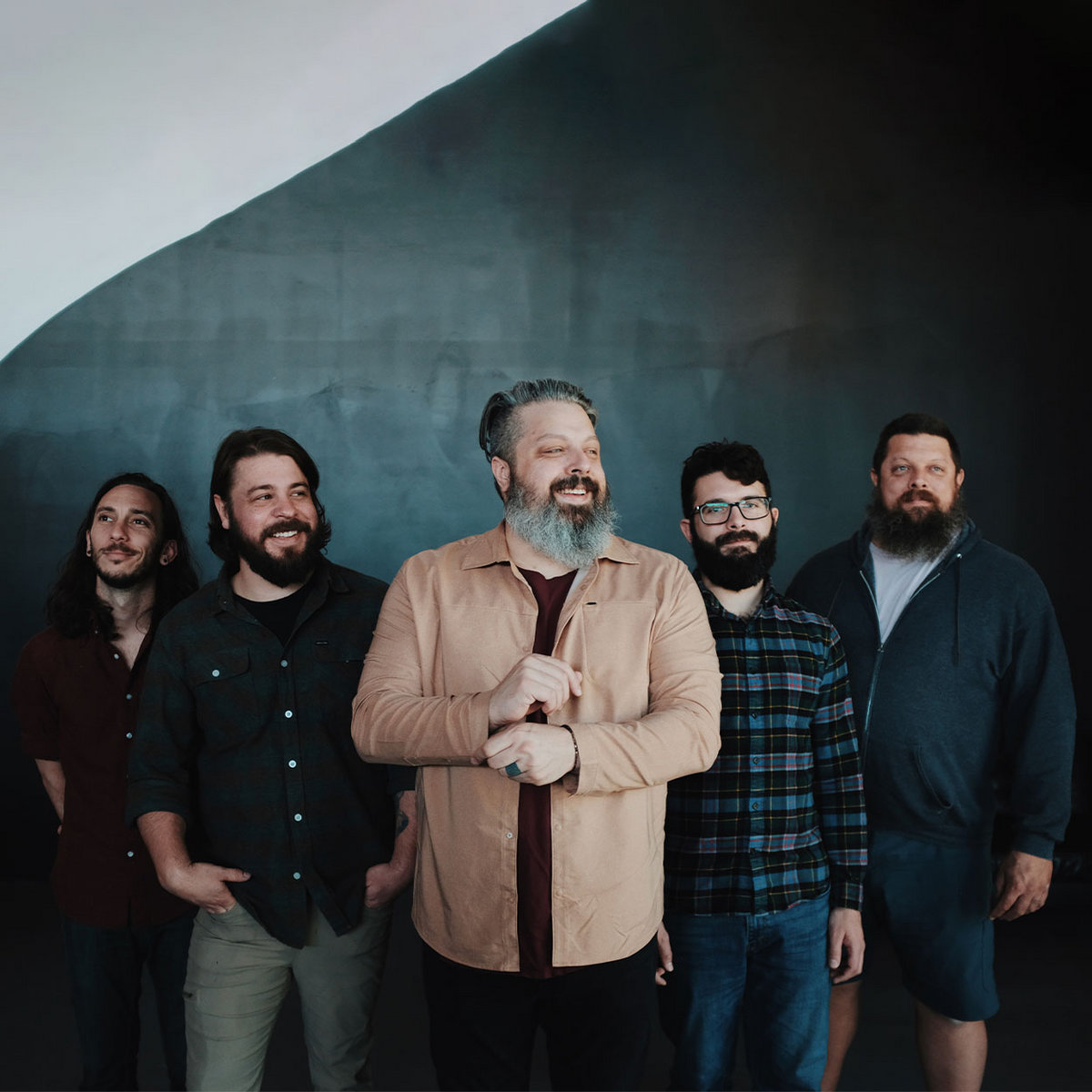 The Dear Hunter unveils a whole new world in their complex multiverse with the ambitiously pompous Antimai.

Anything that Casey Crescenzo puts his hands on has always been music to my ears – literally. From The Receiving End of Sirens to his current brainchild The Dear Hunter, Casey has always had a knack for making theatrical masterpieces. There is the small exception of The Indigo Child (a soundtrack, mind you), which was quite underwhelming, given that it was the first inkling of new music since the meaty Act V: Hymns With The Devil In Confessional and the brief All Is As All Should Be EP, but I assured myself that it was part of something bigger and better further down the road, which would end up being Antimai. I know that Crescenzo and co. will at some point deliver Act VI, we just need to be patient. Although a temporary departure rather than a mere distraction from the pause on the Acts, Antimai is the start of a whole new world, musically and narratively, for The Dear Hunter.

Much like highly distinguished fantasy authors with various universes and timelines across their catalogues, The Dear Hunter is branching out to set the stage for a new storyline that appears to be distantly connected to Acts I-V. How is this world connected? I have no clue, but allegedly it is. Whether or not it’s capable of standing on its own two feet is up to the you. Once follow-up albums start to come out and build off of this new rich and luscious world, only then will we fully appreciate the full scope of the world presented in The Dear Hunter’s latest offering. Until then, I am going to hold my breath.

The reason why I am holding my breath is because I’ve been so invested in the exhaustingly complex yet incredibly worthwhile story that has been the focus of the past five full length records thus far. It feels uncomfortable leaving things unfinished and moving on to something entirely different that is equally as dense and convoluted, if not more. But we need to get out of our comfort zone from time to time, eh? Given the insane amount of detail and nuance invested into the musical and lyrical components making up Antimai and how it sets the foundation for several albums further down the road, if not more, I am left highly skeptic on whether the Acts have been shelved for good or not. Only time will tell. For the sake of webpage real estate here, if you want to dig a little more into the story and world-building that is going on here in Antimai, give this a read.

Narrative aside, Antimai shows The Dear Hunter at their most vibrant and colorful. While TDH were a progressive rock band with orchestral leanings at first, they have flipped that and became a full-on jazz/funk band with progressive rock tendencies. It couldn’t be anymore obvious that the band sounds as amazing as they ever have on this record, and then some. Each track is filled to the brim with booming brass, tropical chimes and xylophones/marimbas, and subtle, lingering electronic and synth effects, with chunky prog rock flairs à la mode. They channel Diablo Swing Orchestral, but without the absolutely atrocious production… With everything that is going on instrumentally, I only wonder how this translates to a live setting without the use of backtracks to cover all the orchestral, jazz, and choir components that are at the heart of the music here.

While each track contains the same jazz/funk backbone, most tracks have a unique flavor or personality distinct from one another. “Ring 7 – Industry” sends you into the Cosmos with its sassy brand of space-funk, absolutely guaranteed to get your hips moving in zero-gravity, whether you want them to or not. The indie folk vibe of “Ring 2 – Nature” is very reminiscent to that of Little Tybee with its jagged yet smooth electric guitar leads over the speedy acoustic rumblings; anything that reminds me of Little Tybee is sure to put a fat smile on my face. “Ring 4 – Patrol” is more of a slow-burner track that features some of Casey’s most powerful vocals I’ve heard across everything he has ever done, and I am all for it.

The more I listen to Antimai, through various mediums, only through good headphones am I able to home in on all the fine details and nuances hidden from the foreground that I have missed many times before. Notably on “Ring 1 – Tower”, the swelling synths and supportive vocal tracks hiding slyly in the background for the entirety of the track truly showcase The Dear Hunter’s attention to detail, which forces me to listen for these subtle musical aspects throughout the rest of the record on successive playthroughs. Just when you think you’ve uncovered all the easter eggs and hidden secrets, you continue to discover more and more. If at the first few listens you wrote this record off thinking it was lacking, I suggest you go back with your best headphones and give it one more chance, as a lot of heart and soul was put into Antimai. You don’t have to necessarily like it, but you can’t say that it is vapid, as it certainly isn’t the case.

As stated several times already, the music here is as vibrant as can be. There are so many flavors playing off one another to create this jovial musical atmosphere that makes me feel as if I am part of this utopian society. But with the lyrical content and the dark messages portrayed throughout, this is anything but a perfect, fluorescent utopia, but rather a crumbling, bleak dystopia doomed for collapse. Depending on how you see it, there is a disconnect between musical tone and lyrical concept, but it couldn’t be clearer that this was a premeditated move from the very beginning, highlighting issues that affect our own society and world today and how we constantly bury them under the rug until they blow up in our face years from now.

Although a little superfluous at times, Antimai is the definition of bombastic. The Dear Hunter is as ambitious as ever on a musical level, which ultimately causes the narrative aspect to not be at the standards previously established by this group. With time and follow-up releases to fully flesh out the world and story, though, it will all start to make sense, as this is only a small part of something much greater. Once we get more and more into this new story line, I am willing to bet my marbles that we will get vacuum-sucked into this new world/universe as we did with the Acts.