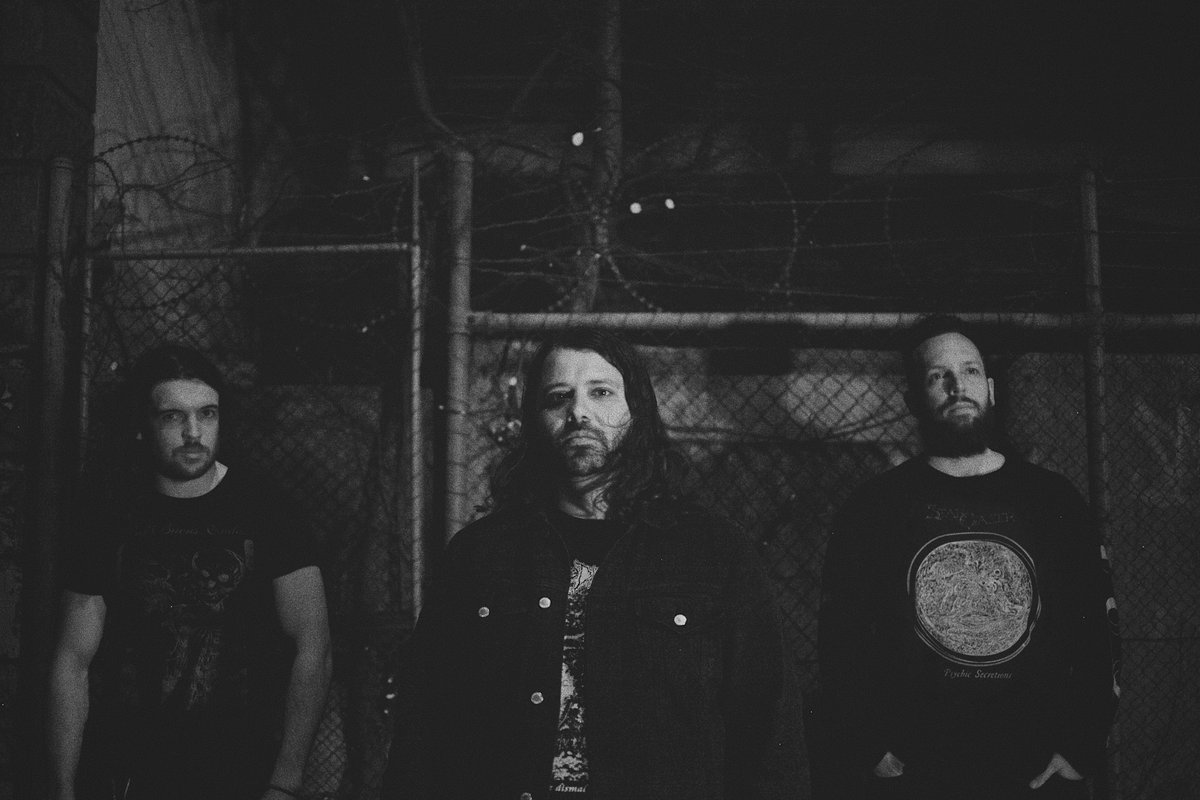 By Jake WaltersAugust 8, 2022 No Comments

With a new lineup, new songs, but very familiar aggression, Altars return with an album that showcases their mastery of pacing and atmosphere.

Hello Altars, it’s been a while.

The last time we heard from this death metal outfit was way back in 2013, so needless to say, they have a lot to say. Along with this new release comes a brand new member to the band as well and it’s no one other than Australian death metal stalwart Brendan Sloan of Convulsing. So, with almost a decade off the air and the addition of an absolute powerhouse on bass and vox, my guess is that Altars have plenty of reason to feel good about Ascetic Reflection.

This has always been a band that loves overloading the senses and this release is no different. “Slouching Towards Gomorrah” slowly leads us into the chaos with an aptly titled and well-functioning intro track that flows seamlessly into the meat of the album. “Perverse Entity” makes a concerted effort to blow your speakers out with the descending chugs that permeate the opening riff, before the chromatic single-string trem picking gives the track a new layer to flaunt. The scorching vocal performance is a high point for the song, but literally every other aspect is placed well with the bass and drums underpinning this declaration of war perfectly. There are also some great elements of storytelling within the structure of the song, as it tapers off in speed near the end and adds a sense of dynamism that aids in conveying the track as a complete thought.

As with any death metal record in this vein, there is a lot going on at any given moment. The riffs are bouncing around, the drums an organized cacophony of shotgun blasts, the thumping bass feeling like sonar from hell, and the vocals are the crispy icing on the cake. In some ways, it can be difficult to sort out the feelings and thoughts on a record like this because it’s pretty much hit the mark as described above: a death metal band making good death metal. What sets so many bands back is that is where they stop, and hell, why wouldn’t they? Death metal is about having an aggressively good time, so when you hit that mark that’s a reason to celebrate. Altars, however, not only want to have a good time, they also seem to want to intrigue, tease, and stimulate the senses. Not to throw any shade in any direction specifically, they do manage to do this without getting their pinkies in the air too far or becoming infatuated with abstraction. No, Ascetic Reflection sort of feels like having a philosophical conversation while running in one of those iron man, tough mud spartan races.

As you’ll probably read in plenty of reviews and/or reactions to music, the pacing is an important part of the journey. Sometimes the point of the pacing is that, simply, there isn’t any, as is often the case on a grindcore album. But with Altars, they see the need to push and pull, wax and wane. So, as with all masters of their craft, they know how and when to do this without losing the listener completely. The transition between “Black Light Upon Us” and “Ascetic Reflection” exhibits A in this case and it works brilliantly. Another perfectly executed method for keeping the listener’s ear is the varying runtimes for the songs, which range from two minutes to nearly eight. In this kind of often exhausting death metal, the varying song length really helps.

The highlight of the journey, to my ear, is the penultimate track, “Opening The Passage”. This is a track with lots of oxygen, space, and at times feels like it would be at home on a Blood Incantation album. There’s a celestial aura that bleeds through every note and continues that resonance through the ending of the album on the final track, “Inauspicious Prayer”. The final ten minutes feel like you’re on a derelict vessel in space and these songs serve as the dirge to your journey into the unknown cosmos. Well done, Altars.

Wrapping your head around an album like this seems like it would be hard work: the riffs are chaotic, the vocals scathing, and the compositions are angular. However, Altars are efficient and masterful storytellers that let this album breathe in the right moments, so when the big moments come, they really hit and each song feels like a microcosm of that idea. With Sloan on bass, assisting on the vocals, and a lineup that has been intact otherwise for quite a while, Ascetic Reflection is a masterclass in how death metal can be engaging, intricate, and beautiful.