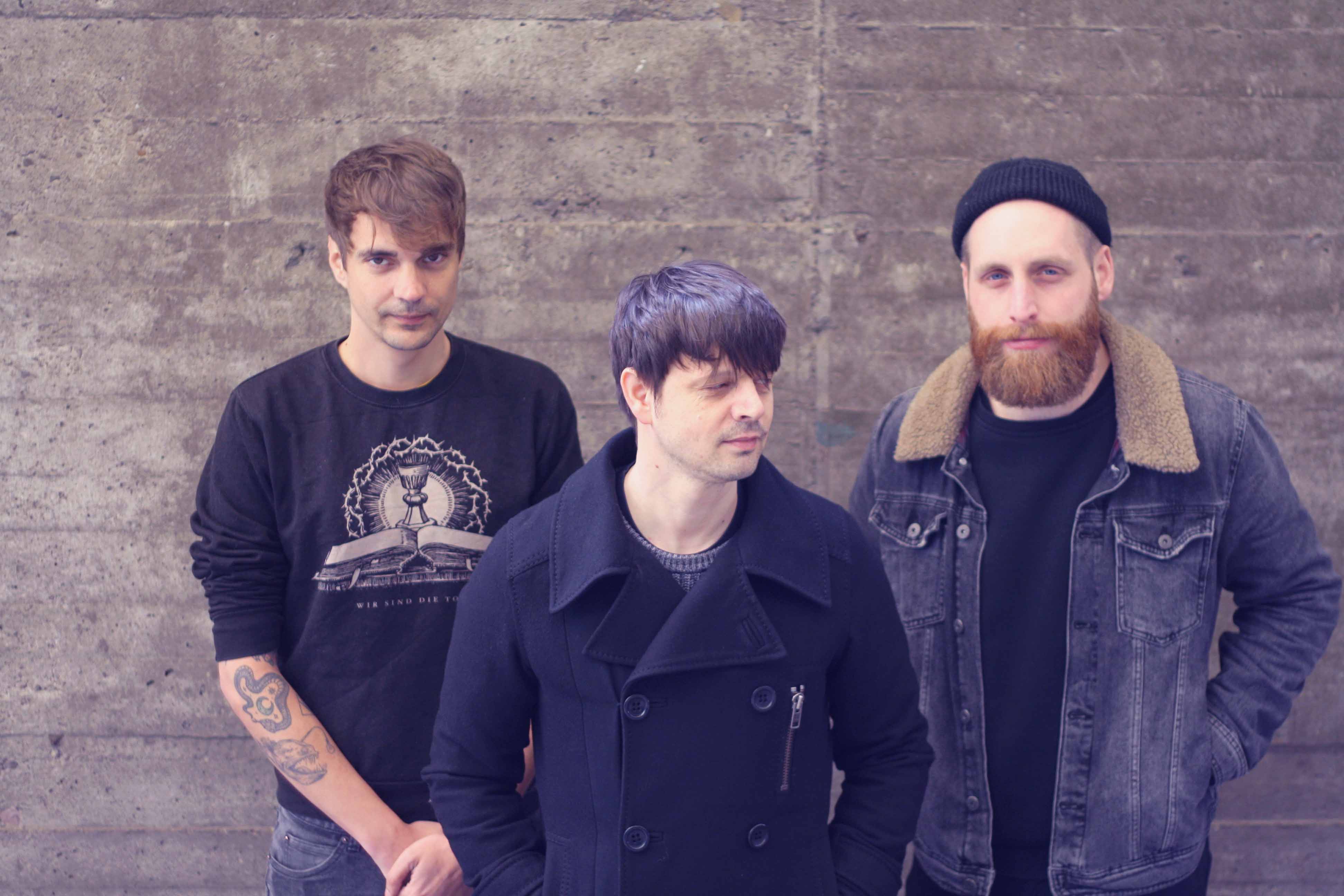 The Dead Sound aren’t quite as bad as their namesake. There’s certainly a huge well of potential for these guys to come back in a year or two with something special, however, Cuts struggles to generate any replay value.

This one has me excited. I’m excited because there is a very limited source of information about The Dead Sound available. There’s no mythology, no controversy, no bated breath. The reason this is exciting is that it means that the music must speak for itself. I have no context, no pretense or indeed, premise.

With only really the band’s name to go on, I’m not really sure what it is that I expect to hear when I start the record. It isn’t really a name that I like that much, I appreciate the irony, but the name doesn’t stick with me. The first track on the record is called “Do You Fear?”. Monotonous droning starts us off, with thudding electronic sounding drums, watertight, and quantized to the grid. One can’t help but think of bands like New Order, and maybe even The War on Drugs as well. It is not until 1 minute and 7 seconds into the track that the chord changes. Succeeded by roto-toms filling the empty spaces in the wall of sound. The vocals are indicative of shoegaze and are mixed just clear enough that you can distinguish them as human, but not clear enough that what’s being said can be totally made out. This song certainly delivers a consistent feeling throughout. Things pick up, taking a turn for the dark in the final chorus. Abrasive and harsh guitars join the fold, accentuating a diminished fifth. The song begins to feel less like The War on Drugs and more like being on drugs, during a war. Though, perhaps I give it too much credit.

“Not Your Heart” seems to pick us up where we’re dropped, the band are back into a propelling, throbbing rhythm that is unrelenting. Another moody scale is employed by the string instruments, and there’s plenty of crackling and fizzing to offset the rigidity of the constant kick drum as it gently pounds into your temples like a pressure headache. Described as shoegaze, albeit aptly in some regards, this music definitely sounds a lot more industrial to me than it does shoegaze. I’m not hearing much in the way of Slowdive, more White Zombie. This song doesn’t really stand out to me as being the best of what the band has to offer, judging by the first song, that I did like a lot.

My attention is almost completely lost until 1 minute and 21 seconds into the fourth track, where a double time hi-hat rhythm brings me back to reality. I somehow managed to phase out of track three altogether. This machine gun fire hi-hat isn’t quite enough to convince or compel, however. The lyrics that I can make out seem to be a mantra of ‘I float into the dark / I sink into the black‘, whilst I’m sure there’s profundity behind this couplet somewhere, I’m not hearing it. This is a sentiment I’ve heard expressed over and over, as a lifelong fan of rock and roll, and music in general. I don’t mean to diminish anyone’s feelings, least of all those of an underground band, but so far I’m not hearing any poetry that resonates with me.

Again, my attention seems to drift until the beginning of track six. “More Fun” is still dark, moody and based around repetition (as good shoegaze and industrial often is, of course), but there’s something different about the song, hard to put a finger on what it is. It’s gripping for a while. This is lost by the time the chorus begins to bark. We are back to the formula we’ve come to expect. There isn’t anything wrong with formula, and I appreciate that when you’re making a record, you’re using a specific set of gear, instruments, environments and recording microphones. The vocals are recorded within a similar time frame, so the singer is bound to sound similar track to track. However, we’re six tracks into this records and all of the songs feel like they are extensions of the first song. I liked the first song if you’ll recall. That said, I didn’t want to hear five more just like it. I appreciate that due to the genre, maybe that’s my fault for not having expected this. I’ll concede the point, however, the result is the same. This music is very samey, and so far, there’s no hook.

Next up, “No Tomorrow”. This is one of the tracks that the band appears to have released as a single, so I’ve got faith that this is going to turn the tide, and re-capture my attention. Sonically, nothing new is being brought to the table, but this song is certainly the best one so far. It’s hard to say why that is, there’s something about it that does stand out. My immediate thought is that it reminds me of Football F.C, who I’ve been listening to a lot recently. Maybe that association is this track’s saving grace.

Things die down again until “Here With You”. There are some flurries of more frenetic drumming throughout, and it feels like the track is lined with far more aggression than the other songs. The chorus riff is a stand-out amidst the rest of the track listing. This album is certainly getting stronger in its second half, but whether it is enough to totally redeem the first or not is yet to be determined.

Unfortunately, the last two tracks don’t do much to give the album a definitive and memorable ending. “Poison Lips” is a song packed with metaphors that I am too exhausted to listen to. The title alone suggests what the song is about, aptly. There are some noisy, disorienting moments throughout the track, courtesy of guitar feedback, but nothing that leaves a mark.

The Dead Sound aren’t quite as bad as their namesake. There’s certainly a huge well of potential for these guys to come back in a year or two with something special. Their overall aesthetic, and production value, matched with an evident knowledge of the genre, makes for just the right conditions for them to bring something new and previously unheard into the fold. As it stands, however, whilst this album is certainly not bad or offensive to the ears, and definitely well played, I’m yet to hear anything emotionally absorbing in the band’s music, that makes me want to listen again.