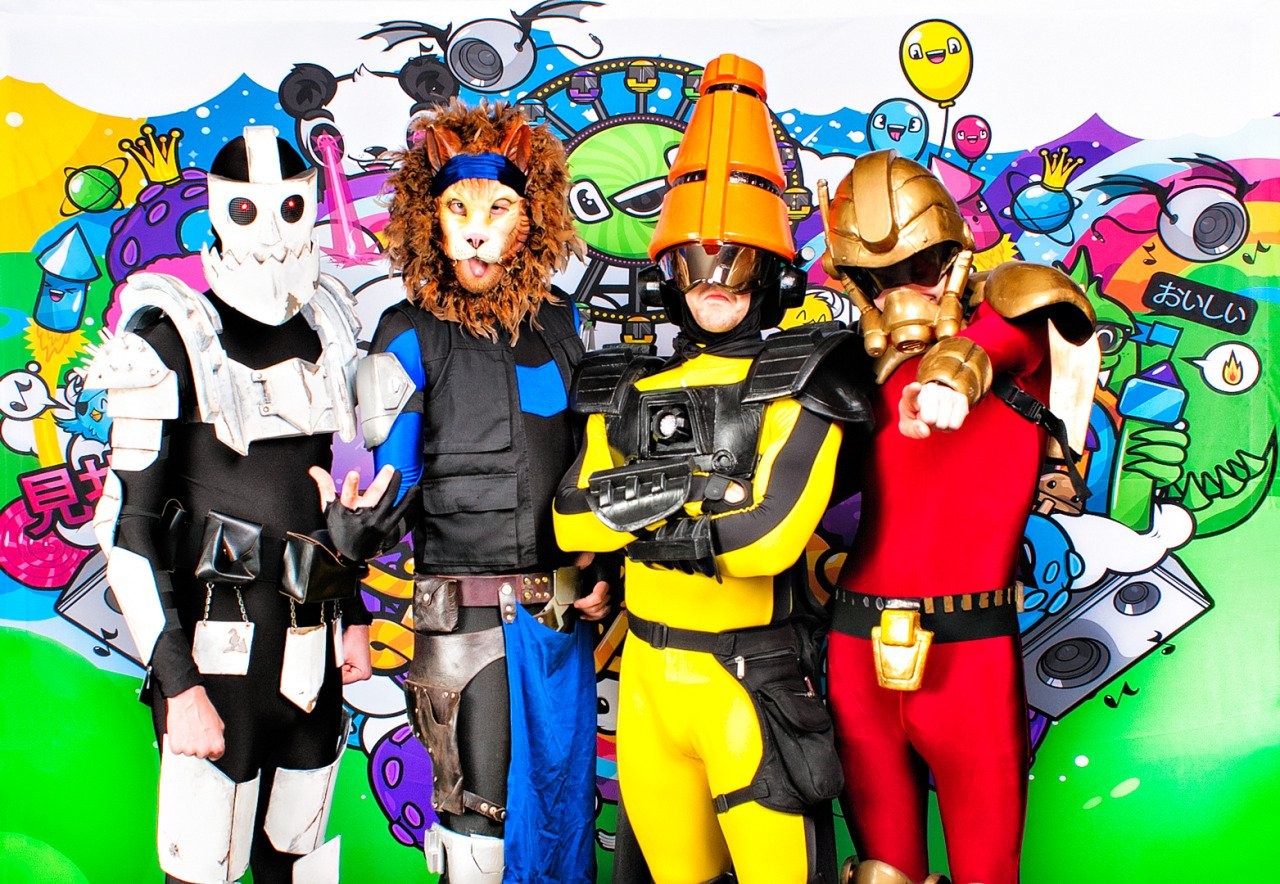 TWRP – “Return to Wherever”

TWRP are back with a one-way ticket to wherever your sunny happy place is. Climb aboard the lethally catchy, funky electrorock and prepare for takeoff.

I feel like so much of my enjoyability of bands is based on reliability, and why not? Don’t we all want our favorite bands to be consistently good, even if they aren’t consistent with their artistic expression? If there’s three things I can always count on in life, it’s death, taxes, and TWRP always bringing the summer heat with them on their music. I was quite happy – thrilled, even – to learn that a new album was dropping, and quickly. This was a little surprising, seeing as they’re still dropping stellar videos for songs from their last album as recently as two months ago. Too soon? Never!

Return to Wherever is a great title because the amazingly chilled-out vibes can bring you to your happy place, wherever that is. It’s magical, a word overused in application to the positive properties of music, but entirely relevant all the same. TWRP does tend to rely on the neo-disco, electronic funk stylings, similar to city pop artists or late-career Daft Punk (using a talk box for vocals doesn’t make that comparison any easier to dodge), but they always set themselves apart from most contemporaries in being a full-band outfit with cartoonish personas, complete with costumes. This is clearly a band that doesn’t take themselves seriously, but they do take what they do seriously. Here, we get a little slant in their music – still immensely sunny and fun, still classically-influenced and funky, but less derivative and more dependent on themselves as artists.

It’s somewhat apparent from one playthrough that the vibes are calmer than previous outings, especially compared to their last album, Together Through Time. There’s nothing as utterly bodacious as “Tactile Sensation” with Planet Booty was. No song here is as high-energy and action-packed as “Phantom Racer” with The Protomen. Instead, we get upbeat light rock tunes fit for an island paradise like “Typhoon Turnpike”. This is such a feel-good song. The mid-tempo, the trumpets and saxophone, the extra percussion thrown in there, it all makes for a sickly sweet and catchy song. During the more rock-oriented segments, it even takes on the tone of songs from a Sonic the Hedgehog game (this is, somehow, a compliment).

Interestingly, this album is also a mostly ‘solo’ affair, only having a couple features throughout. Brian Wecht (Ninja Sex Party, for whom TWRP have been the backing band for on a number of occasions, and Starbomb) provides the aforementioned sax in “Typhoon Turnpike” and “Under the Sun”. Arin Hanson (also of Starbomb) drops some flavorful voiceovers in the background (does that make it a ‘voiceunder’?) of “Hidden Potential”, which is a powerhouse of a track with some slappy bass practically tailor-made for a movie’s training montage. Other than a couple other small features, it’s all up to TWRP to carry things, and that actually works out for the better. Hearing little vocal cameos, or learning that a well-performed instrument was done by someone you know or like is cool, but for the band to lay down the sultry licks of “All Night Forever” all by themselves is definitely enough of a reward.

The whole crux of Return to Wherever is it’s structured like a radio show on which this music is all premiering. Fixated on the fictional station LADY Radio, the deejay played by frequent collaborator JP Hasson (JP Incorporated) introduces songs and pops in a couple times throughout the album with short station stingers or to plug a sponsor, which appears to be real? Shout out to pizza joints from Ontario I guess. At any rate, it’s a light-hearted theme to go with a light-hearted album. Whether you’re catching waves on the shimmering, synth-laden “Cosmic Tides” or paying homage to body positivity and, in particular, voluptuous women with “Generous Dimensions”, it’s such a fun time. I feel like I’m listening to a tropical Japanese vacation, or a nighttime dance club band tearing shit up on stage for patrons that want to get loose, maybe take someone home. You know how it is. Return to Wherever is the classy little umbrella in your fruity drink on the beach.

One thing I failed to mention so far is that this album is short – only 31 minutes, almost exactly half the runtime of their last album. This means there’s less room for error, and I think it also forced TWRP to be tighter than ever instrumentally. In totality, this all just made for a great album, probably the band’s best yet. I hope they can take this momentum and keep churning out smaller projects like this that surprise, but also deliver on their staples of relaxing, danceable, catchy songs that have a lot of heart in them. We’re deep into discussions of which album is the best for summer, and who captures that vibe the best – as of now, TWRP have to be in the conversation. They deserve it.