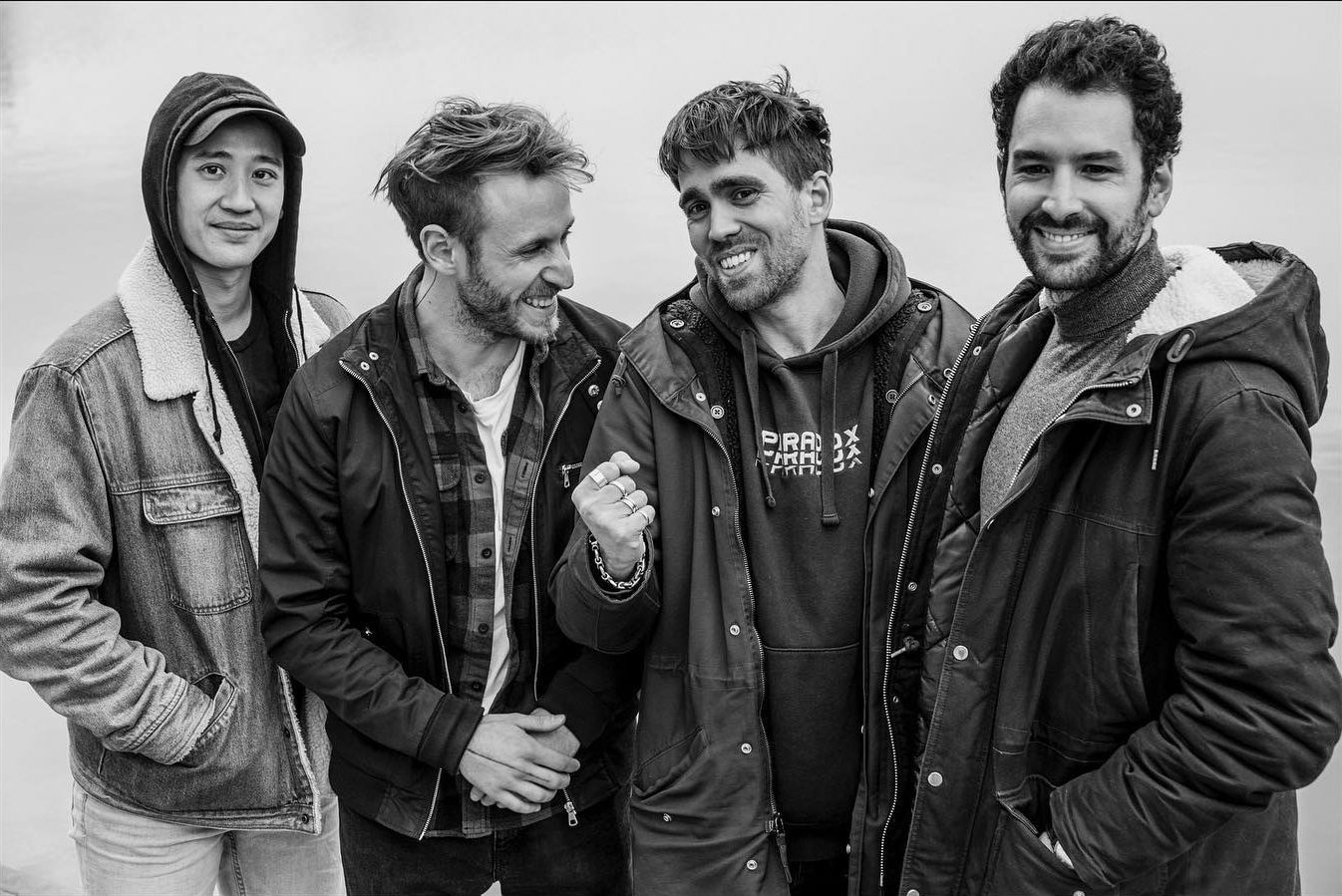 Parisian quartet Tenace deliver a compelling and mesmerizing rendition of 90’s inspired post-hardcore and screamo with Des Marques Sur Nos Mains, which stands as a unique contribution to the skramz/screamo revival in 2021.

Coming from a wide-ranging list of growing underground artists within the French post-hardcore/screamo scene, Tenace have quickly established themselves as one of the leading talents with their 2019 three track EP Vestiges and 2020 live release Live on a Parisian Rooftop, displaying a great sense of emotional depth and complex musicality. Now, almost two years on, the French skramz revivalists continue to push their unique style of emotive post-hardcore with their latest musical work Des Marques Sur Nos Mains.

The record opens with “Les Souffles Et Nos Chemins”, which instantly replicates a mathcore sort of vibe through the melodically dissonant guitar and percussive breaks in mergence with some nice melancholic and poignant vocals that provide a great amount of expressiveness as the track continues. A nice sort of interplay is articulated between Mateo Riou’s emotive and distressing lead vocals and the tense, euphonious guitar sections shared by Nathan Cocherie and Frédéric Savane piecing the song together. “Crépuscule” has a nice, shoegazy feel to it as the track begins, followed by a deep flow of tension, particularly in Riou’s vocal lines and Quentin Reno’s dense drumbeats.

It also becomes evident how well constructed this album is lyrically, with much of the content ranging from personal and social experiences of the band members to deeply concerning and existential themes surrounding the process of aging, the passage of time, and death. For instance, in this second track, the lyrics ‘Marques sur mes mains, des rides sur mon front, j’ai peur du temps qui passe, du temps qui corrompt’ (‘Marks on my hands, wrinkles on my forehead, I am afraid of the passage of time, of the time that corrupts’) appear to explore the process of growing old through time and the anxieties that this causes to the individual who contemplates such meanings in their life.

The tracks that follow further expand on many of these themes whilst taking a much shorter and direct approach, evoking maybe a hardcore punk kind of aesthetic. “Liens” opens with an outburst of energy that flows rather smoothly, in a similar vein to classic skramz artists like pg.99 or Suffix. There is a build of momentum going into the chorus through the chanted vocal accompaniment that really drives this track forward. “Le Sang” and “Dernier Soupir” follow the same sort of pattern as their predecessors, in which there is a much more direct, yet emotional expression being conveyed both musically and lyrically. The chord progressions on these tracks appear quite natural and flow with the percussive elements quite nicely, the accompanying guitar riffs further add some warmth particularly on the album’s sixth track “Le Cap”.

The penultimate track “Sombre Tableau” stands as arguably one of the best tracks on the entire album. It opens strongly with an impressive, and relatively complex, percussive intro accompanied by Riou’s distressing and agonising vocals. There is a sense of transparency and emotional depth being alluded here as the lyrical line suggests ‘black as the night without hope’. Interestingly, as the song continues, the musical and lyrical themes appear to shift from a personal point of view to a more socio-political one as is evident from the sampled Trump speech, which seems to refer to the complex issues of immigration. This track therefore could signify the loss and struggle for hope that many have felt regarding their experiences fleeing from their homes, as the final lyrics highlight ‘will they persist in the dark? will they find the way back to hearts?‘. The final track, “Omen Nocturni”, takes an even more unconventional approach as chanted vocal sections are coupled with a clapping rhythmic accompaniment, which gives this track a sacred, almost ancestral feel. The guitar chords appear quite lucid and soothing creating a juxtaposition between them and the intense vocal howls as they drive that emotive depth home.

Whilst there may be many in the underground post-hardcore and screamo scene right now who are certainly elevating this genre of music onto a wider platform, Tenace are producing something quite unique and authentic with Des Marques Sur Nos Mains. Despite being the band’s first full length album to date, the musical complexity and musicianship is executed here impeccably, whilst the lyrical themes and vocal expression inspire such emotional depth to them, demonstrating how the beauty of the French language can lend itself to this musical style so affluently and naturally.