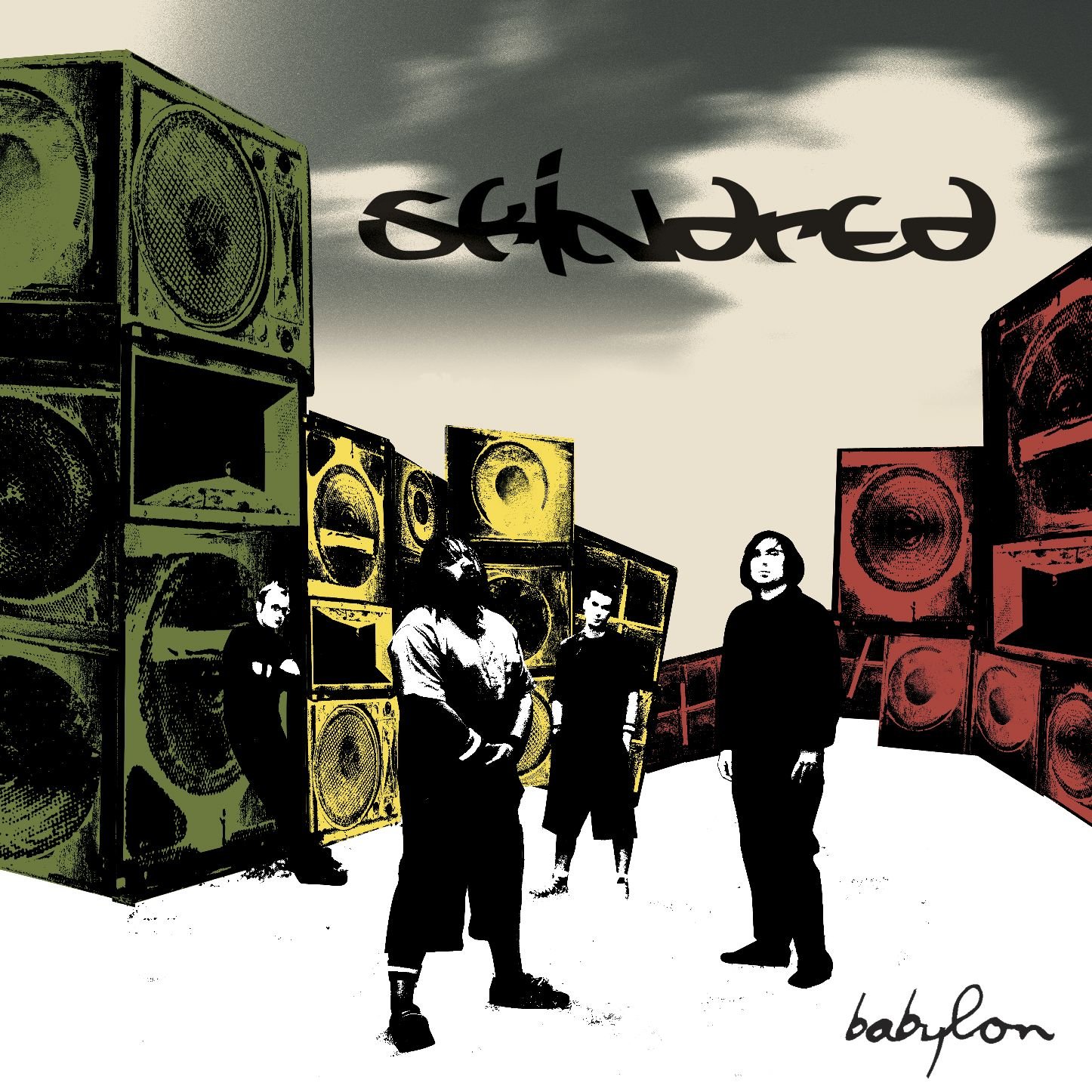 A SCENE IN RETROSPECT: Skindred – “Babylon”

By Dominik BöhmerJuly 3, 2021 No Comments

At this point, you can’t deny Skindred their position as one of the most legendary (live) acts to emerge from the nu-metal heyday of the early aughts, at least from a strictly European perspective. Their infectious blend of reggae and heavy alternative music translates to the live stage especially well, profiting from the charisma of the band’s inimitable frontman Benji Webbe. A powerful force both in- and outside the recording studio, they have since brought their trademark sound to the whole world, and 2002’s Babylon is where it all got its humble start.

There is nothing quite like Babylon available on the market today, and any imitations strayed so far from the unique sound Skindred unleashed that they are hardly worth mentioning. Their flavour of genre bending ragga-metal, which fearlessly incorporated any sound the band saw fit, continues to be a mainstay for any musically enlightened head banger out there.

Released originally in 2002, the band had a rough time with their original label and found themselves re-releasing the album in 2004 internationally, this time to critical acclaim. Indeed, this round of PR went much better, with the album topping charts for a damn good reason. For those looking for something happier than Korn and less abrasive than Limp Bizkit, this album was a sure-fire go-to. Perfectly bridging the gap as the mainstream nu-metal phase shifted to ska punk and pop punk, Babylon was beautifully placed to capture the hearts of fans.

The key influencer behind the album? Lead singer Benji Webbe. To this day, his vocal performance on Babylon is hard to trump, effortlessly moving from singing, screaming, screeching, hollering, and of course bringing that sweet reggae to your ears. The change in tone from “Nobody” to “Pressure” is incredible before he mixes them together in the following track. The music backing him up is cool, but thankfully takes a backseat for the majority of the record, as this is all about Benji.

“Nobody” is one of the most explosive album openers of all time, not only dropping you thick into the trademark Skindred ragga-metal sound but hitting you hard with some of the heaviest riffs of the album. Pumping the chorus up on full volume is stifling, Benji’s gnarly growls getting you moving like a pissed-off wasp. “Bruises” also brings the heavy, one of the best songs for a fighting game out there. The raucous riffs in the chorus tear your shit to pieces, giving little care to those who came to Babylon for a relaxing time.

The all-time winner on this record for me is “Selector”, which has a perfect mix of both heavy and reggae, resulting in a great fucking time. The hooks are infectious, and the insane pace of the song keeps you grooving the whole time “Selector” plays. The backing music is super simple, but works perfectly with great swells in the guitars complimented by fills that kick off or cool down the big choruses. Pure party song from start to finish, it’ll always brighten the mood.

Gems like “Set It Off” and “World Domination” can be found later on the album, the latter another heavy hitter that sees Benji rip it up yet again. Some of the messages in the songs are bang on point, especially the unity messages found in tracks like “We Want”.

Having such a broad range of sounds works wonders for their live sound, and I was lucky to catch Skindred back in 2008 when their setlist was full of Babylon and their equally awesome follow-up Roots Rock Riot. To this day, only bands like Rage Against The Machine, The Prodigy, and the SikTh reunion show topped it in terms of energy. They are infectious, and Benji absolutely commands the stage, hyping up band members and audience alike with his mental energy. “Nobody” utterly tore the house down, as did “Selector”.

One of the endearing factors to Babylon is the raw sound of the band. Arguably on their latest records, they sound overproduced, stealing the spotlight away from Benji’s voice and flow which on Babylon the band very much seem to follow. Regardless, Skindred sculpted this banger, which will always be one of my favourite reggae pieces, and will be preserved as arguably the original and best ragga-metal.