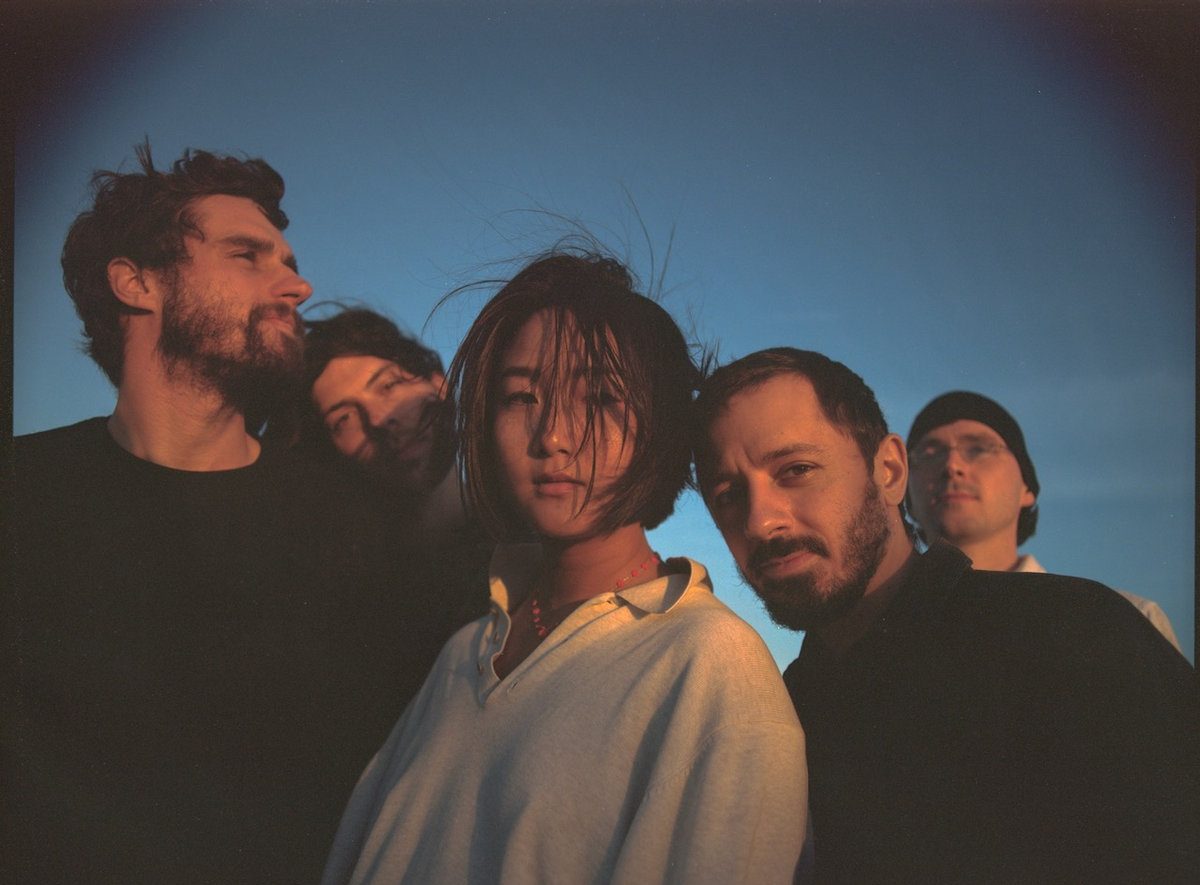 Lightning Bug – “A Color of the Sky”

By Shaun MilliganJuly 4, 2021 No Comments

Let Lightning Bug cocoon you deep within their tranquil indie folk venture through nourishing snapshots that immortalise what was, what is, and – most crucially of all – what could be, in the most beautiful fashion possible.

It goes without saying that one of the biggest perks of this job is the opportunity to discover new artists. The copious new releases offered up each week present a breadth of genres to immerse yourself in, and this year has made a commendable name for itself in many of the stylistic regions of the musical world. Having already been blown away by a particular piece of wonderfully warm, ambient simplicity this year, I was admittedly cautious when reading of a record that would ‘brighten up even the greyest days’. However, I needn’t have been so sceptical.

Let’s be frank: in case the summary presiding over this article was not clear enough, A Color of the Sky is enchanting. Lightning Bug do everything right on their third record, the follow-up to 2019’s October Song (save for a smattering of singles throughout the past year). Its far-reaching, unfurling warmth is the perfect complement to all seasons, both of climate and character; it charts the themes of change and challenge with an unerring sense of poetry.

“The Return” is an opener whose title creates familiarity, which engaged me – a newcomer to the US quintet – instantly making me feel welcome as it saunters in with the casual pace of a June-time breeze. The snare doesn’t even fully open up until we’ve surpassed four minutes, instead carrying us with feathery percussive work to match vocalist Audrey Kang’s compellingly silken melodies. Its lo-fi ending gives way to the hazy tremolo sprawl of “The Right Thing Is Hard To Do”, a single that carries a classic, contemplative ballad feel with sincerity. The layering of harmonies and echoing flourishes is particularly pleasing to the ear, never distracting from the lead melody: it’s true of the harmony employed by Lightning Bug throughout this latest record.

Vintage vibes on “September Song, pt. ii” revisit fleeting moments of lo-fi styling on the guitar work, playing out its wistful wanderings and wonderings of personal metamorphosis: ‘The sunset brings me to fruition/I am raw, I am new in the transition’. This peaceful pondering is also backdropped by a continuation of the ethereal sound design and composition we’re now well used to. “Wings of Desire” then pours out great beauty and expanse, with a crescendo of electronic layering transporting us skyward to an apparent close before gliding down a second verse of soothing, breathy melody that I didn’t expect, but gladly welcomed as Kang softly confesses that, ‘The past is made of stardust/The future’s shifting sand/If it’s my own path that’s drifting/Then where am I to land?’

Stirring lyrics aside, there is so much to love about A Color of the Sky. As much mention as Kang gets, every aspect of the instrumentation is also formidable – balanced flawlessly, and structured with very deliberate consideration for impact. Without a shadow of a doubt, the pinnacle of this is the utterly divine marriage of guitar and Kang’s vocals. Often clean and ringing, sometimes effect-laden, both the lead and rhythm guitar have contributed tremendously to crafting a roster of songs that are devoid of weakness alongside their fellow instruments. This is the thing (not the Fink track, although the smoothness is comparable): each track possesses its own distinctly lovable character and colour, like the broad spectrum of a rainbow.

The ’90s vibes on “Song of the Bell” are where the drawn-out vocal lines seem to pack greater punch than usual, and you sense a difference – an energetic outpouring. This is matched lyrically by the beautifully phrased question, ‘If I empty me of all my self, am I a vessel or a shell?’ Musically, it’s a clear departure from earlier tones, but I love it just as much. “Reprise”, then, is a nostalgic meander back to an earlier number at a more lambent pace, sandwiched by “I Lie Awake” and the slumbering title track. This trio alone exemplify the diverse spectrum of the sonic journey Lightning Bug offer in a mere 38-minute album. Across the three, we get it all: distorted chords, slow-fading string accompaniment, fingerpicked meanderings, punctuated moments of contemplative silence, all decorated by those irresistible vocals.

Whichever way you look at it, A Color of the Sky is beautiful, life-affirming music. It’s expertly crafted, written with passion, and an intent to burrow deep into your heart and soul, and it achieves this effortlessly. I hear a lot of charming records working here at Everything Is Noise, some of which are memorable little gems that fuel a few weeks with their energy. But this? This captures and holds you with pure, beguiling subtlety and musical colour. Lightning Bug have lit up my life with ease and I cannot get enough.