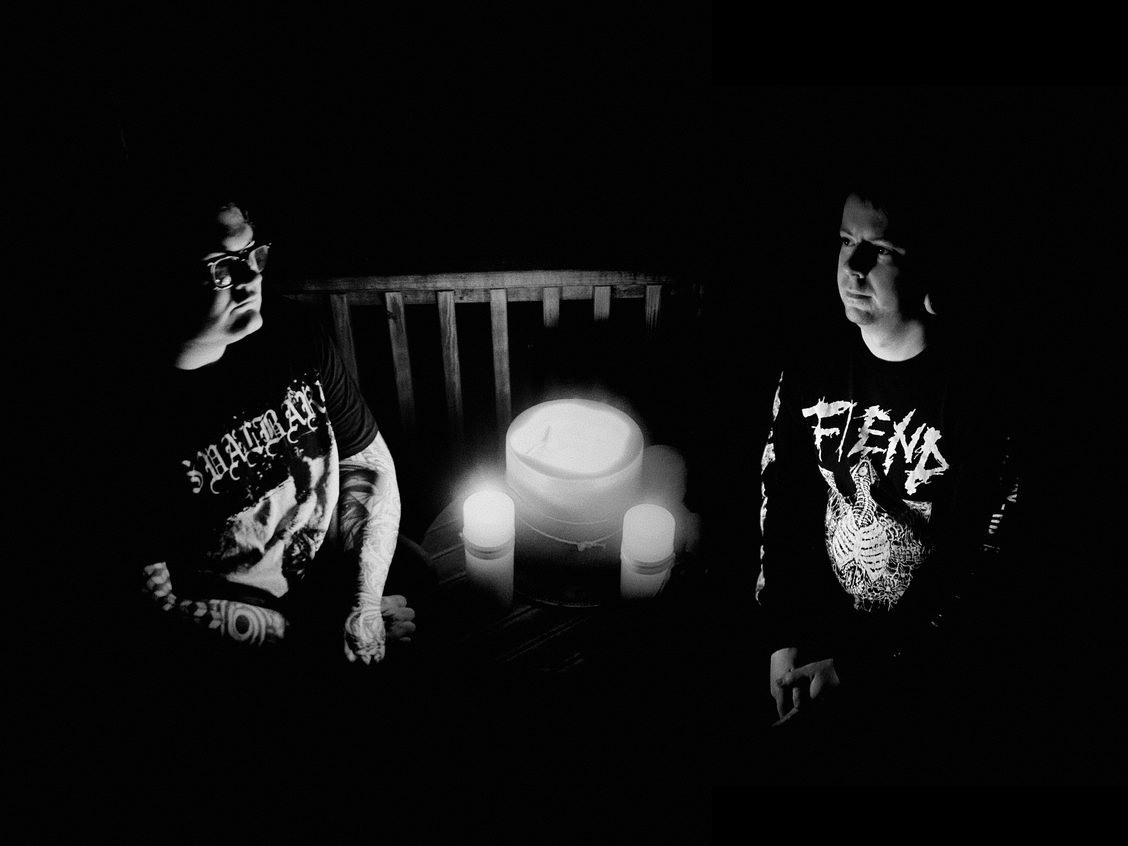 By Carlos Vélez-CancelJuly 5, 2021 No Comments

Let Vermont-California duo act Hellish Form show you what the funeral doom subgenre is capable of nowadays with their debut full-length Remains.

Midst the darkest corridors of the day, sirens can be heard in the background. An individual seemingly afraid of dire consequences is being surrounded by a swarm of police vehicles. If one were to take a closer look at him, the man’s appearance fashions that of a mangled corpse fresh from the depths of the earth, with holes for eyes and teeth just as rotten. As the individual puts his hands up, he pleads for understanding one more time.

‘Officers, I am more than content to comply and cooperate with you, but please put faith in my words! I did not intend to cause any wrongdoings – or at least was not aware of the consequences that was to unfold…’

The living corpse falls to his knees in surrendered posture.

‘I did not know the chaos that was to unleash after listening to a band with a name as vague and ominous as Hellish Form!’

No, really. I did not expect what I was going to get myself into here. As you can tell from the unwarranted micro-fiction I came up with whilst listening to Hellish Form’s debut full-length Remains, I was left all kinds of fucked up. Honestly, it has been quite some time since I’ve heard a funeral doom record as heavy but unique as this one, staying true to what characterizes this frankly overlooked subgenre while highlighting novel soundscapes that further elevates the cathartic nature of this type of music.

Opening with dense instrumentation is the song “Your Grave Becomes A Garden”, setting the precedent for what is quite an emotionally charged album. Sure, one could argue that the throbbing riffs and the dragging pace might come off as run-of-the-mill for the subgenre, Hellish Form regardless plays them with such command that it really is of no hindrance to the overall execution.

Even more bone-rattling than the instruments are the vocals. In contrast to the more ominous low growls that these types of bands tend to employ, you’re treated with sludgy shrieks and howls that make you reconceptualize suffering and the feeling of it. I guarantee you the way each line is delivered will leave your heart pleading to break out from your chest, whether it is the riveting outro of the aforementioned opener “Your Grave Becomes A Garden” or (and I kid you not) the entirety of “Shadows With Teeth”. The way these lines in particular are delivered in the latter never fail to give me goosebumps:

Even with the harrowing atmospheres Hellish Form unleash at face value, there is a knack for melody and emotion that is performed here ever so wonderfully. The phrasing and flow of each of these tracks are indeed menacing, but there are moments of grandeur and – conversely – tenderness that perfectly capture the themes of fear, death, and grief in a manner that is immediately palpable. This feeling of tact found in this album reminds me of the UK act Warning and the way their brand of epic doom felt more personal and raw in comparison to their contemporaries.

This emotive quality is greatly due to the incorporation of keys and synths in conjunction with the grit coming from the riffs and vocals. The band gives a taste of this musical brew with the two songs mentioned previously, however it is much more present and appreciated on the song “Ache”. Although the shortest one of the album, “Ache” is truly transcendental in its pace, with dream-like passages that leaves you mesmerized no matter the somberness of the lyrical matter or the crushing rhythm section. I would even dare say that there is a tinge of shoegaze in the way the song ebbs and flows, the way It encapsulates you with an ethereal wall of sound that is simply a joy to take in. This is for sure something I would love for the band to experiment with more on future releases.

Remains is a solid funeral doom offering and much, much more. Hellish Form achieved here an abrasive record that is not afraid of vulnerability while exploring the depths of darkness with full force. In contrast to other funeral doom releases that tend to depict the lethargic and solemn motion of a funeral rite from a bird’s eye view, Remains instead puts a magnifying glass on the individual absorbing such situation and exacerbates all the feelings that pass through their mind at that very instance. It’s haunting, purgative, and vehement through and through. Remains can be an emotionally tough listen, but the end result is nothing short of liberating; a cleanse of mind and soul through the lens of pummeling doom metal.