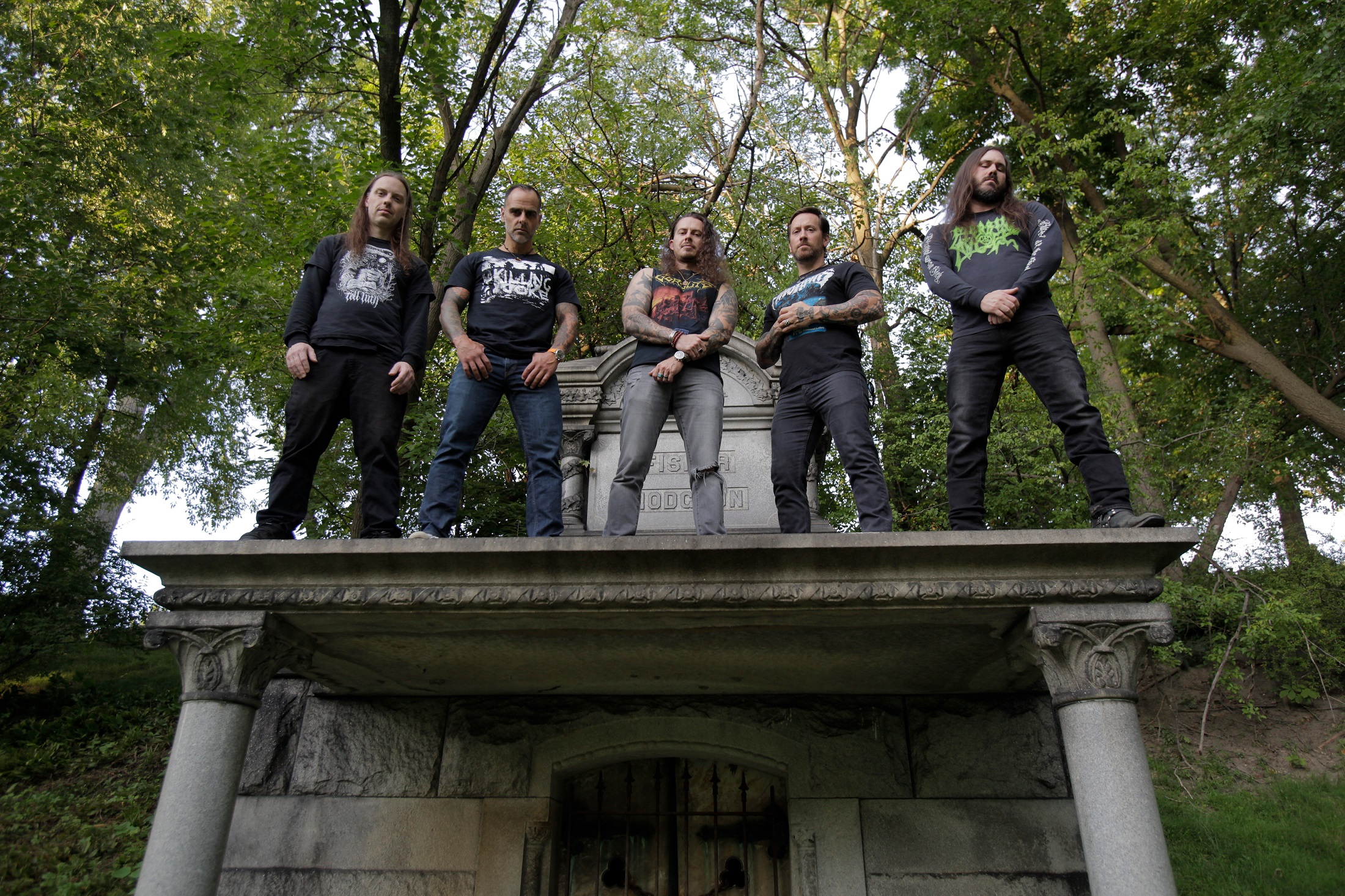 Temple of Void – “The World That Was”

By David RodriguezMarch 26, 2020 No Comments

Death-doom is a demanding, execution-heavy subgenre – Temple of Void are the masters of it. The World That Was is elephantine, surgical, and lethally catchy.

If I told you we were in the presence of one of the best death metal bands, would you believe me? Not just death either – doom too! Let’s break it down real quick. A couple years ago, I got introduced to Temple of Void with Lords of Death, a most fitting name if there ever was one. I was absolutely astonished by how heavy and groovy they were, so much so that I went back to their debut album Of Terror and the Supernatural and even their 2013 demo, which rips. Not to stan too hard, but they just can’t…do any wrong. I’m sure it goes without saying that I was excited as hell for The World That Was.

What makes Temple of Void so captivating is their complete dominion over death metal groove and scrumptious riffing. Pick a song, any song – the riffing on it is sure to be planet-sized and uncompromising. Marry that to doom metal’s deep, lurching atmosphere, and you basically just have song after song of planets plummeting to your head, leaving you thoroughly destroyed in a crater of hulking guitar tones and pulverizing drums. You’re Yamcha, Temple of Void are…any Dragon Ball Z villain. It’s tough to beat.

I will admit to liking the band’s higher tempo death metal side more than the doom, so our intro to the album, “The Beast Among Us”, was quite a treat to behold. Stomping rhythms, buzzsaw guitars that rival the classical gunkiness of early Entombed, and brutal vocals that are fun to growl along to. It’s a menacing song, thematically and sonically, pretty much what I expect from the Detroit quintet and a good way to refamiliarize with their sound before they change things up. The song quite literally melts at the end, slowing to a crawl and losing its key before it ceases, like the final moments of life before succumbing to death.

“A Single Obolus” is nothing too new – Temple of Void have been known to grace us with some acoustic work like this before – but the difference here is it’s almost upbeat, a little dramatic, and rustically foreign. A bongo-like hand drum spices things up further before fully fizzling out into “Leave the Light Behind”, which is a cosmic doom song along the lines of Mammoth Weed Wizard Bastard. Synths flank their furious metal sound, crafting a feeling that’s beyond imagination and unimaginably epic. This is where Temple of Void shine – by making their music so appealing to those that like it heavy as hell, they sound like great orators of despair in the process, like these stories hold great historical and cultural weight. The dreary gang vocals on the chorus are downright sinister and such a great addition to a track like this.

I can’t undersell how catchy Temple of Void are, and that’s just as true with their newest effort. Nearly every riff smacks a demonic Cheshire grin on your face while you bob to the beat. The drums are so expertly calculated so as to hit exactly when they need to hit for the best walloping effect. Ominous atmosphere is used to create tension, and clear it after being built by the primal mass of the metal sections. They don’t even risk monotony or overstaying their welcome as this album drifts just a few minutes past the half-hour mark. With exemplary writing, they are a near-perfect example of what death-doom can (and should) be.

I consider myself a relatively measured person when it comes down to it. With that said, I must reinforce that Temple of Void are one of the best to do it. They exude power and confidence, they swing their weight around like a war hammer built to level entire civilizations, and they don’t care who gets in the way. Each album is another testament to their prowess. Their newest is called The World That Was because that’s how you’ll refer to your bland and feckless life before you learned of Temple of Void. Pray at their altar and dive in.