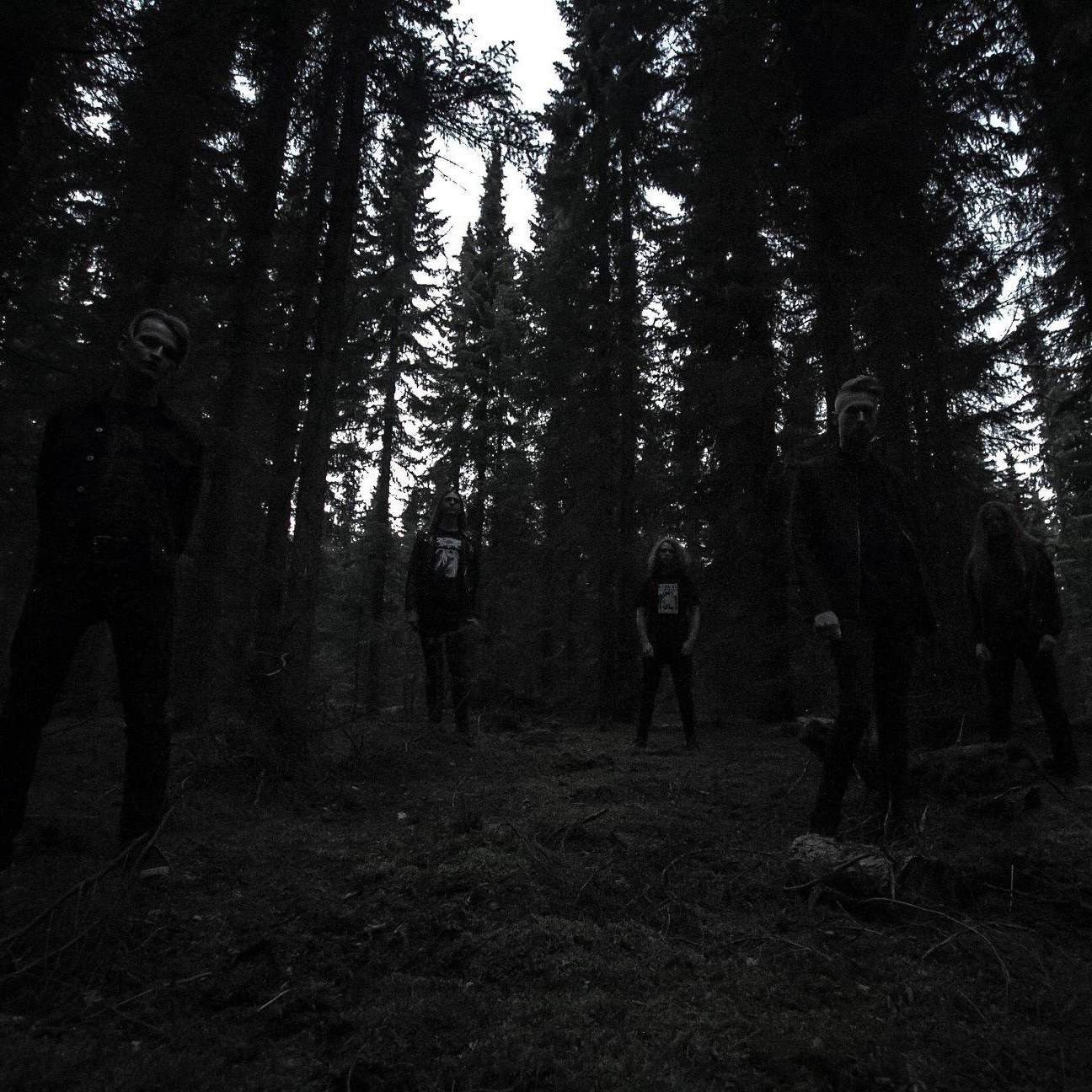 The market for atmospheric black metal grows ever more saturated with each passing week, and consequently it’s easy to pass over gems like Livslede with expectations of yet another nondescript page torn from the genre’s playbook.

At its core, Sunken’s sophomore album does indeed bear all the hallmarks one would expect of such an album, named for the profound and lasting discomfort with existence. Sweeping vistas of sorrow are delivered via tortured and shrieking vocals, relentless barrages of razor-wired blast beats, and harmonic passages of chambered guitars and synths. Yet whilst the Danish quintet indulges in the aforementioned inertia of harrowing dejection, they do so with a profound grandeur, dynamism, and authenticity. The album hinges on the polished, melancholic harmonies and longing deliverance reminiscent of pacesetters like Alcest and Unreqvited. Even at its most tormented, it remains beautiful and heart-wrenching.

“Forlist” is a melancholy introduction to the album, and is a bleak foreword of resonant crooning. The brief, reverberant piano melody feels direct and intimate, placing you as the sole reveler of the album’s forthcoming plight, whilst the ambling string section carries you solemnly towards the intense fray that is to follow. Ambient introductions such as this can often appear cheap and inauthentic. I’ve often found myself alienated by overzealous classical instrumentation attempting to spoon-feed me a generic brand of pessimism.

But here, and indeed throughout the whole album, there is an air of genuine anguish. Emotions are laid bare and rendered honestly, and never is sadness expressed for sadness’ sake. There is a fluid trajectory that covers the nihilistic sentiment from its nadir to its zenith, which becomes more apparent in “Ensomhed”. The first of four sprawling epics opens with delicate clean guitars that erupt into an impassioned sonic assault, gathering intensity throughout the first seven minutes before receding into a more plaintive verse of floating guitars and a chilling vocal monologue. The finale of this episode is a perfervid build towards a densely layered denouement that is as anthemic as it is tragic.

This general structure of building towards a climax does repeat itself to some degree, but it is fluid enough to transcend the formula. The movement of energy is an organic ebb and flow that reflects an evolving despair across the 43-minute runtime. Each track exists as its own enthralling journey, with disparate channels of grief executed in myriad veins, from moments of dulcet introspection through to outpours of blistering euphoria. What I often find with bands of this nature, is that the musical structure often takes precedent over the delivery of emotional storytelling. One of the most striking features of this album is the ease with which each track captured my imagination and refused to let go through each peak and trough. It is as if each track was meticulously storyboarded to maximise the emotional impact, and the music was structured around this focal point.

In many ways, it’s appropriate to liken Livslede to a romanticist landscape. The reverberant layers of washed-out guitars evoke the eloquent colourisations of a J. M. W. Turner painting and the album’s emphasis on the vivid turbulence of the human experience is reminiscent of the, often violent, natural landscapes. The production as a whole is unchallenging in its sonic quality. Thematic content aside, it’s an agreeably pleasurable listen that forgoes the harsh and inhospitable clamour of black metal’s most reclusive forefathers.

The whole album is centred on loneliness and the manifestations of self-loathing and depression. Despite the rather lachrymose themes, there is a significant degree of catharsis that is especially prevalent on “Foragt” and the slow-burning “Delirium”. Upon reaching the album’s end, I found myself with a stirring sense of optimism. A result of the therapeutic nature of emotional release no doubt. I must admit that my thematic analysis must be taken with a pinch of salt. The lyrics are exclusively performed in Danish, a language of which I am not in any way versed and thus I am basing much of this purely on the sonic delivery and what little I could gather using Google Translate. That being said, I don’t believe it necessary to understand the lyrics specifically; it’s more a reflection of feelings that defy literal explanation, and it is perhaps more pertinent to experience this album within the context of your own negative thought processes.

Thematically, and indeed musically, there is little within Livslede that even the casual black metal fan hasn’t heard before under some guise, save for a number of sparse motifs that drift slightly beyond the genres long-established palette. But there is a fine line that separates imitation from faithful integrity. The album’s strength lies in its mastery of the ingredients that make the genre such an imitated one in the first place. Livslede offers an intense capacity for catharsis and is a welcome addition to the pensive brand of black metal to which it belongs. Though many of its elements may seem familiar, the execution is gripping and worthy of high regard.