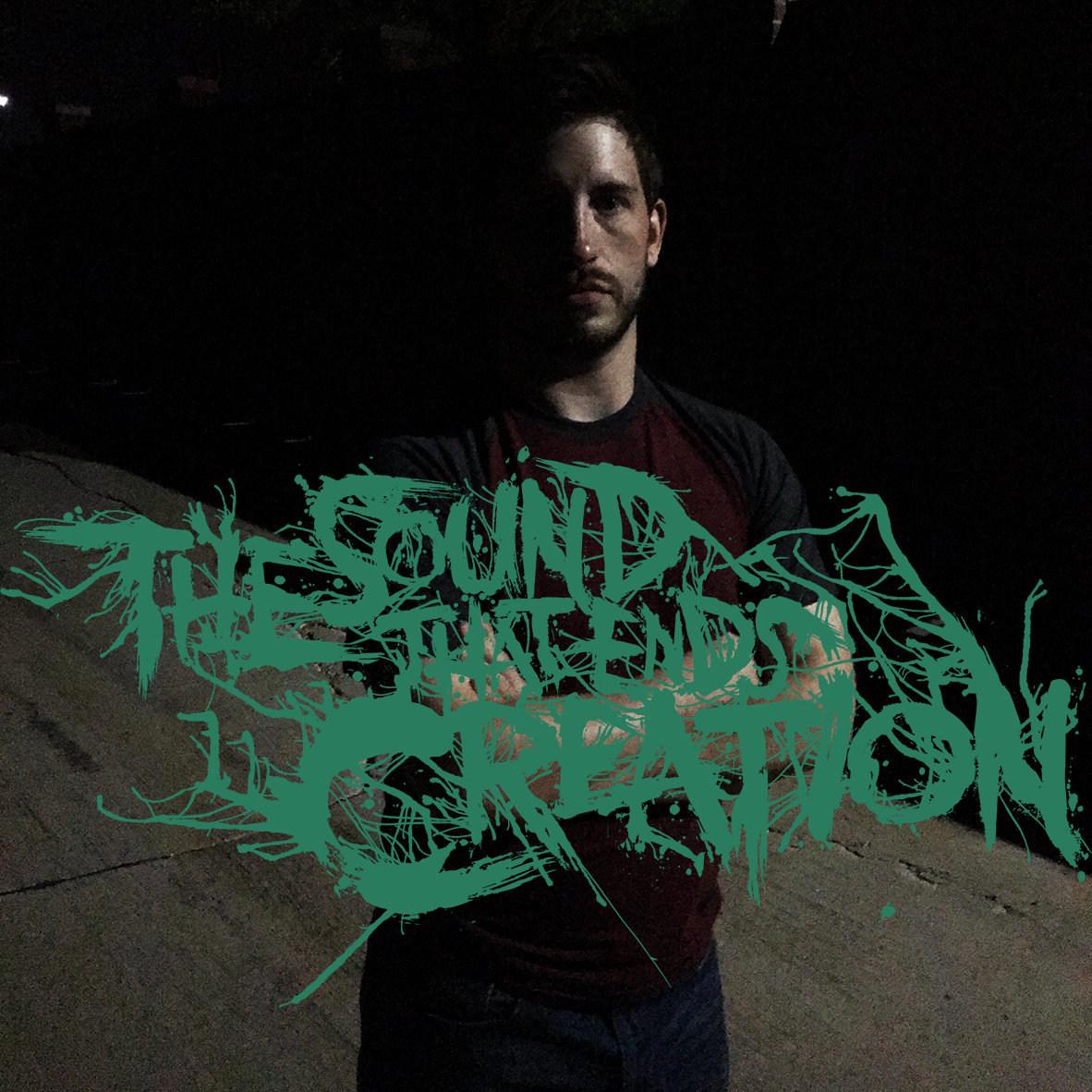 The Sound That Ends Creation – “Memes, Dreams, And Flying Machines”

By Robert MiklosOctober 14, 2020 No Comments

Memes, Dreams, And Flying Machines sounds more or less exactly like you would imagine it does. It’s a whirlwind of chaos that’s as boundary stretching as it is heavy.

What happens when you take mathgrind, piano, horns, sax, and a Mr. Bungle kind of element and shove them all in a cement mixer that’s powered by a lightning storm? No one knows, but my bet is on Memes, Dreams, And Flying Machines, The Sound That Ends Creation‘s fifth full-length and it’s packing so much power and chaos, that it’s almost daunting. What is The Sound That Ends Creation? It’s something that should be on your musical radar if it isn’t already and if I have your attention at this point. Also, it’s the band behind which we have Chris Dearing handling literally every aspect of the music. Usually one-man bands are surprising when they act at this level, however, given the ideas present, it only makes sense. I can’t imagine how you relay to your bandmates this kind of idea, that is, unless you’re part of some sort of hivemind.

Memes, Dreams, And Flying Machines resembles most closely a dying star. It’s actually very small, in spite of appearing larger than life, and it is one of the densest things this side of the universe. It also has cover art that seems to have been perfectly tailored to the ensuing sonic carnage. It’s not often I see album art this compelling – and otherworldly too. I’d describe it a little or add some other thoughts to it, but that feels kind of futile. I mean, just look at it and tell me words are of any use. To add to the surreal factor of the art and the title (besides the tunes) we also have a fine selection of song titles which may as well all be punchlines – or memes to be perfectly honest. The lyrics also, as you can imagine, follow suit to this mad spectacle.

Right about now is when I should start talking about the actual music already, right? Doesn’t matter, I’m doing it anyway. I really like mathcore and its neighboring areas due to a lot of reasons and this album just added another reason to that pile. It borrows from a lot of places, as such it’s not your standard mathgrind. One of those things is a lovely element borrowed from Mr. Bungle. I’m not going to bother with trying to put this in any way. Just check out “Can I Be Aborted Even Though I’m 29?” and “Slurp’n Up That Ice Cream Baby” or the eighth, eleventh, twelfth, and thirteenth track – if you want a full list. The rest of the songs adhere entirely to a distinctly crazy recipe.

We have dissonant chords on piano laid over the more dramatic parts, which was a feature that we started seeing more of as of the previous record. There’s a veritable tornado of riffs and screeching guitar dissonances, accompanied by what is basically a percussive avalanche. Some horns and saxophone managed to make their way on the record, most notably on “Whine Moms” and “Cover Me with Spiders and Gasoline, I’m In!”. I say ‘most notably’ because they can definitely be found on many other songs on the album, it’s just that here I could clearly distinguish them. Topping it all off is a vocal performance that is nothing short of stellar. It’s no easy feat to be so compelling that you sound like you’re three different people.

Spanning just a little under twenty minutes in thirteen tracks may appear as if this is all not the case; however, the album is highly engaging, offering diversity in every possible way and angle. Also, the fact that it manages to be a fun listen while being so unbelievably brutal is quite the achievement. I can’t really speak of any kind of flow given the stylistic approach and the balls-to-the-wall delivery, but I guess it’s a good flow. The quality of the mix as well as the tones that are used are simply top notch. Even with so many things happening, there’s enough separation and melding in order to shape varying textures.

Memes, Dreams, And Flying Machines is one of the best albums I’ve heard this year and it’s one of the best mathy kind of albums I’ve ever heard. It’s clear that The Sound That Ends Creation evolves further with the passing of each record, but this is a huge leap forward. Looking at this track record, it’s impossible to imagine what comes next after something like this. Anyway, feast your ears on this mind-boggling collection of sounds!