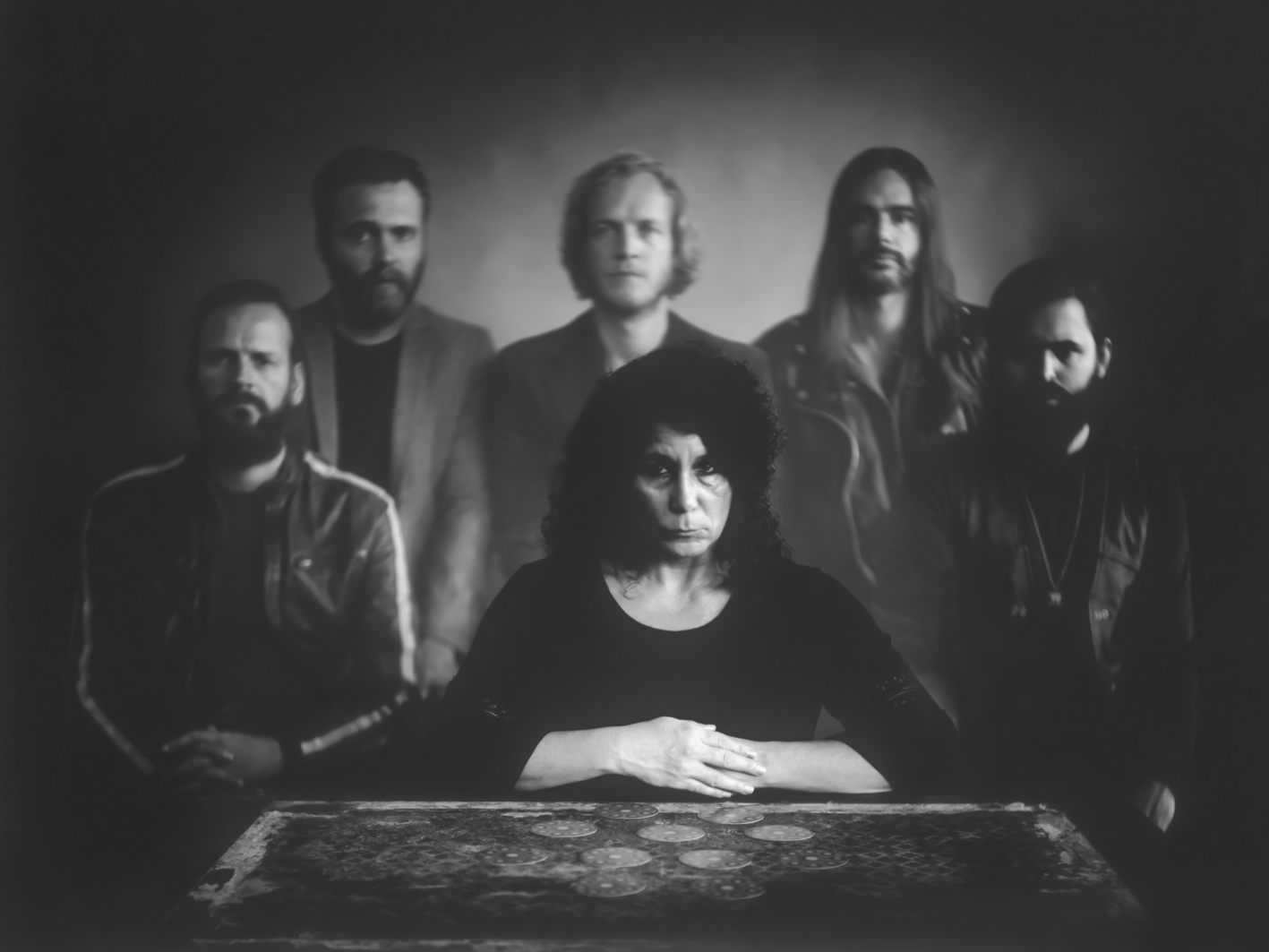 By Vidur PaliwalOctober 13, 2020 No Comments

Members of occult rock legends The Devil’s Blood return with the new group Molassess and their dark yet progressive tunes on Through the Hollow.

Anyone who is into occult rock will be well aware of how The Devil’s Blood burst into the scene back in 2008, and the deep mark they left on the genre. The disbanding of the group in 2013 and subsequent suicide of lead guitarist, lyricist, and principal songwriter Selim Lemouchi in 2014 put a premature end to one of the most promising rock acts to have emerged from the Netherlands in the 21st century. Fast forward to Roadburn Festival 2019, and the commissioned musical project that instantly caught everyone’s eye is Molassess. The project brought together four veterans of The Devil’s Blood – guitarists Oeds Beydals and Ron van Herpen, bassist Job van de Zande, and importantly Selim’s sister and vocalist Farida Lemouchi, joined by two new members – drummer Bob Hogenelst and keyboardist Matthijs Stronks. A year later, the group is finally ready to share with the world their debut full-length record – Through the Hollow.

Given the cult-like status of The Devil’s Blood, it was hard not to look at Through the Hollow without the glasses stained by the blood of the devil himself, but despite that, one thing is clear from the get-go: Molassess is not The Devil’s Blood. While the original members do bring some of the ingredients that made the occult rock of the former band highly infectious, the music on Through the Hollow showcases the progress each member has made over the last five years. The album opener and title track is the perfect example – clashing synthesizer tunes build up an eccentric atmosphere reminiscent of experimental Norwegian acts like Ved Buens Ende. Additionally, the intricate signature changes across the 11 minutes picked right off prog rock legends like Rush, provide the progressive freedom rarely seen in dark/occult rock. The two new members bring their own avant-garde influences, pushing the record into territories never seen on The Devil’s Blood outputs. Case in point, the quieter segments of “Formless Hands” allow Matthijs to showcase an array of synth pads in the background, as Bob controls the ebb and flow of the track with the panache of a jazz band drummer.

The band name Molassess comes from the last track off Earth Air Spirit Water Fire – Selim Lemouchi’s final work (with Selim Lemouchi & His Enemies). A man who left a lasting impression on millions of fans definitely left a much bigger hole to fill in the hearts of his close ones. Through the Hollow is not only the next chapter for Selim’s fans, but also a chance to reflect, process the last five years, and progress for Farida and company. One does not have to dive deep into the lyrics, but only focus on the chorus and song titles of occult pieces like “Get Out From Under” and “I Am No Longer” to understand the vulnerability and emptiness the members have experienced.

The most touching moment, however, is preserved for the very end of the album with the closure in “The Devil Lives” – the song was written by Selim for The Devil’s Blood, but never finished. While the song structure may bring to mind the likes of Ghost mixed with Jethro Tull, the song sees an emotionally charged performance from Farida, making it clear that Through the Hollow represents the closure to a painful chapter and a eulogy to Salim and The Devil’s Blood. Simultaneously, it also signifies how his ideas and musical legacy will live on through Molassess.

All in all, it is safe to say that Through the Hollow is a strong debut for the occult rock veterans, yet the album does leave a few minor points to be nit-picked. The largest one being the 65-minute playtime of the album – while this may not be over-exceeding by modern standards (or The Devil’s Blood standards), there is certainly scope for some trimming here. Moments like “Corpse of Mind” come to mind, formulaic and unmemorable in structure. The other filler point comes just before the end, as the meandering instrumental “Tunnel” fails to build any atmosphere or momentum for the previously-mentioned closer in “The Devil Lives.” On the other hand, the tried and tested formula that works perfectly for Molassess is to once again hand the production to Pieter Kloos (who worked on all The Devil’s Blood albums). His expertise in showcasing a vast soundscape and giving the music a touch of darkness without becoming loud shines through and through the album. It is rare to come across an album with such depth, and yet each layer of music is discernible to the attentive listener.

Through the Hollow is a unique record – it has enough occult rock vibe to please the hordes of disciples of The Devil’s Blood. At the same time, it shows a progressive evolution for Molassess that should help them gain a much larger audience. The band members have come through a dark phase and Through the Hollow is a statement of their journey, and it will be interesting to watch where they go from here.