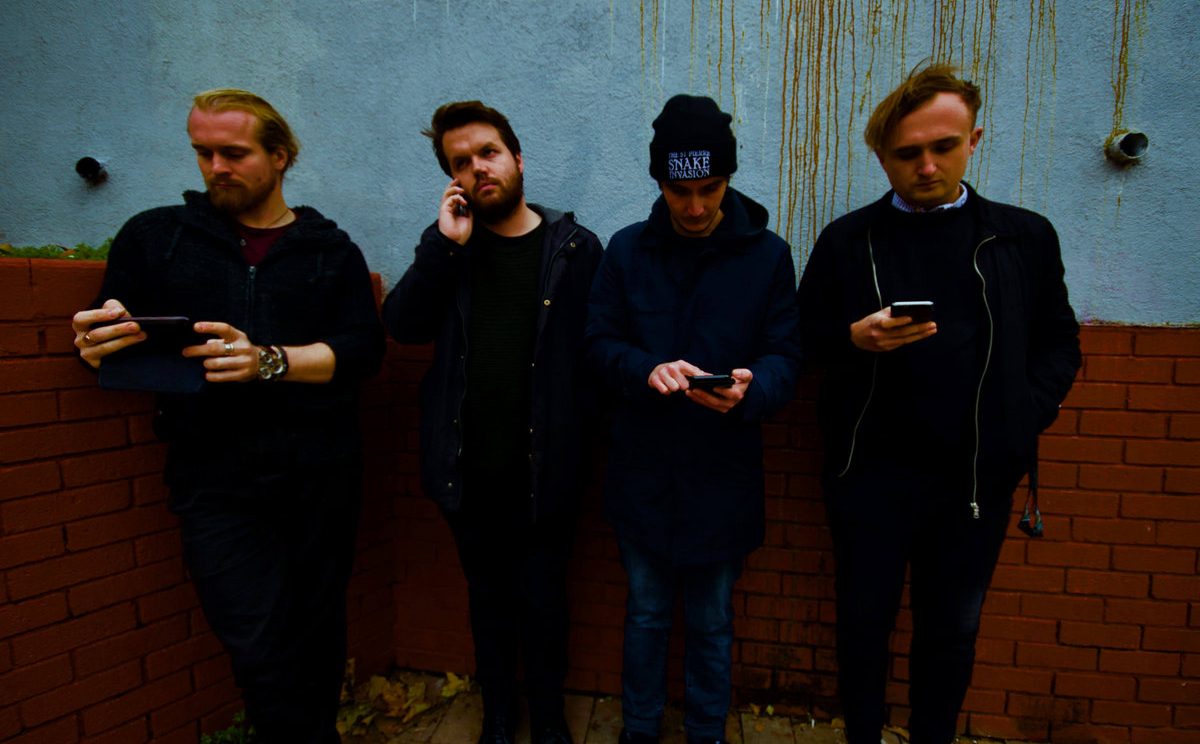 Sugar Horse – “The Live Long After”

By Shaun MilliganAugust 23, 2021 No Comments

Climb atop the Sugar Horse and ride off into The Live Long After – a powerful record that is as vigorous as it is vicious, and admirably versatile from start to finish.

First, let’s get the obvious out of the way, because this is most definitely not the saccharine equine species I’m suggesting you hastily seek out to experience. No, that recommendation concerns my latest favourite discovery, British quartet Sugar Horse, who hail from Bristol. Labelmates with the likes of CLT DRP, Alarmist, and Brian Campeau, their barrage of gargantuan rock also treads the territories of shoegaze and doom with a freshness that’s far more than just palatable.

Another necessary observation to make is that, while the band may not seem to take themselves seriously (seriously, just check the URLs of those social links above), the quality of their music is far from a joke; heed this if your initial impressions of a band are ever formed before hitting play. To disregard Sugar Horse on the basis of their self-analysis as a ‘decidedly average band‘; accreditation to co-producer Andy Hawkins for his provision of a ‘fart library‘; or use of bizarre and humorous song titles, is to do the output of such a down-to-earth and fun-natured group an enormous disservice. Just hurry up and hit play already, you’ll see what I mean.

Masterfully merging distinctive musical characteristics, The Live Long After sees Sugar Horse traverse their terrain at varying pace and intensity. Segments transition fluidly back and forth over the album, each executed marvellously. At its core is a constant battle between light and dark, interwoven as opposed to starkly isolated ‘heavy’ or ‘quiet’ songs. It encompasses so much of what I love about the more melodic side of rock, heightened further when those grandiose sections morph as the soundscape is plummeted into disarray.

The melodies expelled by Ashley Tubb do a fantastic job of blending with ringing, shimmering passages of guitar and ethereal synth work. Languid, slow-moving verses and opening passages serve as a key vehicle in setting up some of the album’s more proggy, even ballad-esque moments. For example, the celestial, multilayered vocal harmonies in “Phil Spector In Hell” bolster a wash of gradual layers that Sugar Horse pile on. It’s the record’s least aggressive song, ushered in by lethargic bass and drums oddly reminiscent of earlier works by post-rock stalwart Hammock.

Brilliantly crafted as their melodic side is, what goes up must come down, as the saying goes. For every lambent moment of meandering whimsy that we experience at regular intervals across The Live Long After, we also face the crushing reality that Sugar Horse build such beautiful sonic structures simply to tear them down in the most destructive manner possible. Frequent portions of the record delve – often with little to no warning – into brutally thick riffage and a far harsher side to the tuneful vocals Tubb provides (credit here goes to Jake Healy, whose baritone guitar further highlights his role within the album’s volatile side).

From the grooving dissonance of “Fat Dracula” to the cacophonous immediacy of “The Great British Death Cult”, any lull in intensity is never far from collapsing into divine carnage. The title track captures this dynamic perfectly, beginning with a gradual entrance that settles you, only to slam you into the ground with a second half that doesn’t relent. Closer “…A Las Vegas Showgirl” also sports an ending fraught with post-metal/doom vibes, bringing the journey full circle as it harks back to the vocal line from the opener, perfectly bookending what’s occurred in a way that mirrors the completeness of O’Brother‘s You and I.

Alongside the juxtaposed musicality, just the unpredictability of it all is so refreshing. We’re not talking in the vein of math rock time signature changes…but there’s still a sense of chaos. Sifting back through their catalogue, it’s a chaos that’s reigned since the 2019 infancy days with gems such as the brutally titled “Your Degree Is Worthless And Your Parents Aren’t Proud Of You“. Here and now, that chaos has evolved into something more organised, and therefore deadly in its effectiveness.

Once again, these four (sugar) horsemen have stepped up to deliver a record of apocalyptic quality. It’s bold, charismatic, and nuanced – manoeuvring effortlessly between soundscapes that portray breathtaking wonder, and tearing them apart until all that remains is rubble. In the realms of doomy, gazey rock, this horse is one you can certainly bet on, and their latest effort boasts impact that will live long after your first listen.