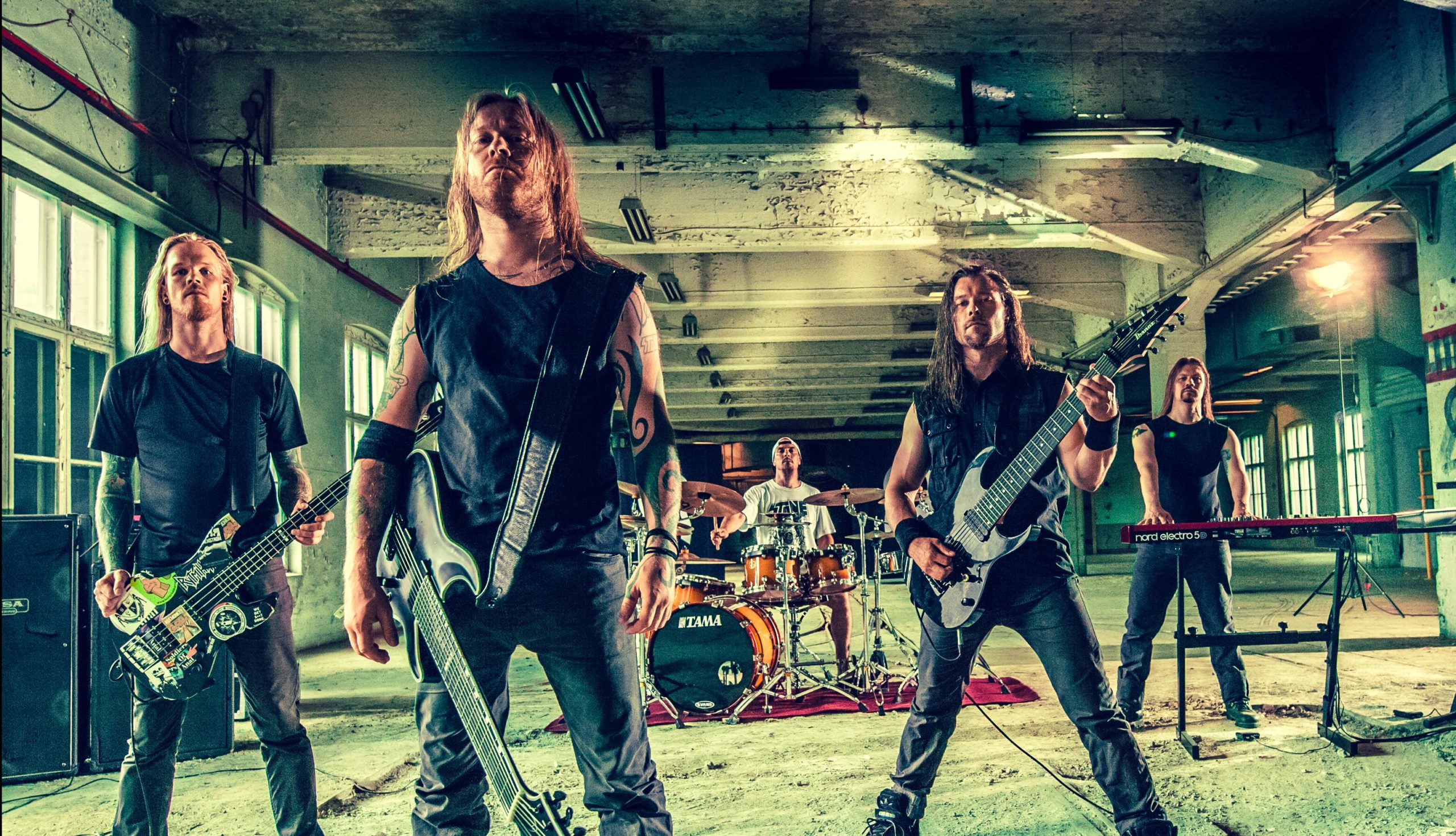 I’ve had a soft spot for Finland and its culture ever since my family spent a month there when I was a kid, and another week when I was a fully pubescent, freshly metal-converted teenager, so I’m not sure it’s a coincidence that I still seem to hold a particular affection for music from there. Possibly my favourite release of 2020 was by a band called Barren Womb, who are a Finnish-Norwegian duo, and the self-titled debut album by Finland’s Endless Forms Most Gruesome was among my top ten as well. I don’t seek it out, but if I like a band, I am infrequently surprised to find out they’re Finnish.

This wasn’t so much the case with Stam1na – I discovered they were Finnish upon googling them. But even if I hadn’t known, and hadn’t seen that most of the track names are in Finnish, I still would’ve heard it. Something about their new album Novus Ordo Mundi sounds Finnish. Not just generally Scandinavian, particularly Finnish. And I can’t put my finger on what exactly it is. Maybe it’s the specific combination of savage riffs, smothering heaviness, and borderline cheesy clean vocals – I’m not sure. It’s such a distinctive flavour, and I don’t know how to describe it.

It turns out Stam1na have been around since the mid-90s, which kind of explains the name. They have been extremely consistent in producing an album every two years, up until now – Novus Ordo Mundi is a year late, marking their ninth full-length album, and it shows. On Novus Ordo Mundi, Stam1na sound self-assured. Everything they do, from the 2000s-Metallica style intro to album opener “Henkilökohtainen helvetti” right through to the phenomenal closing track “Sirkkeli”, is done with confidence. Every Kirk Hammett-worshipping solo, every anthemic vocal line, every hard-hitting drum beat is deliberate. Therefore, I can rest assured that any issues I have with this album are purely it clashing with my tastes, not a lack of confidence in the execution.

Novus Ordo Mundi is thrash, but it’s not just that. Stam1na have a pretty unique style – there are frequent nods to symphonic metal, not in the sense of full-blown orchestral passages, but in the use of certain synth tones as well as chord progressions and vocal melodies. There are also aspects of doom in the weight of some riffs, and the very Scandinavian influence of death- and black metal on the drumming and some of the harmony. It’s a very cool sound, and I think it would best be summarised as ‘melodic thrash metal’ if you wanted to slap a genre on it.

Unfortunately for me, I’m not super into this particular sound. I don’t generally go for metal bands that do both harsh and clean vocals (ironically enough, Opeth are one of my favourite bands, and they do both in almost equal measure), because I feel it makes both techniques sound cheesier when they’re put right next to each other like that. I also don’t really enjoy the slow blast beat, and there’s a lot of that on Novus Ordo Mundi; it feels awkward to me. And on top of all that, I’m super fussy with keyboard tones, too. Especially songs like “Kriittinen massa”, where the vocal is seemingly doubled by a harp, just teeter too close to cheesiness for me. The reasonably triumphant chord progression behind the chorus doesn’t help this either. But there’s nothing negative I can say about the execution – on this track like on every other track, the performance of vocals and instruments is impressive, and the attention to detail certainly makes for an interesting listen, over and over again; it’s just not my kind of thing.

My favourite track on Novus Ordo Mundi would have to be “N.P.V.E.M.” – starting out with a doom-laden intro, complete with ominous piano lines and Opeth-style feedback, it soon becomes something more thrashy. The riffs are simple, but the amount of attention paid to tail ends and harmony makes them real treats. Its chorus has the song changing track yet again, becoming more spacious, yet no less grim. I’m not normally into keyboards in my metal, but I think in this context and in the reasonably subtle way Stam1na use them on this track, they’re exactly what’s needed. There are so many little pieces of ear-candy on this track, some great feel changes, its genre morphing from doom to thrash to almost black metal with complete ease. I think the vocals on this track are some of the best on this album, almost exclusively harsh, but hey, I’m a sucker for that. The song ends abruptly, with a band stab and an overhanging final piano chord.

At the end of the day, regardless of whether or not I personally like Stam1na’s style, Novus Ordo Mundi is an extremely solid and well-executed album. The trademark Finnish gloom is underlined by the album’s symphonic leanings, and topped off perfectly with succinct riffs and confidently performed vocals, both melodic and harsh. Technically, it’s a very impressive release both compositionally and performance-wise, and, leaving my personal preferences aside, I can respect that. I think this is my final take on Novus Ordo Mundi: I would love to love it, because there’s a lot to enjoy on it, and I’m a little disappointed that I don’t – but I know a lot of people really, really will, and rightly so.