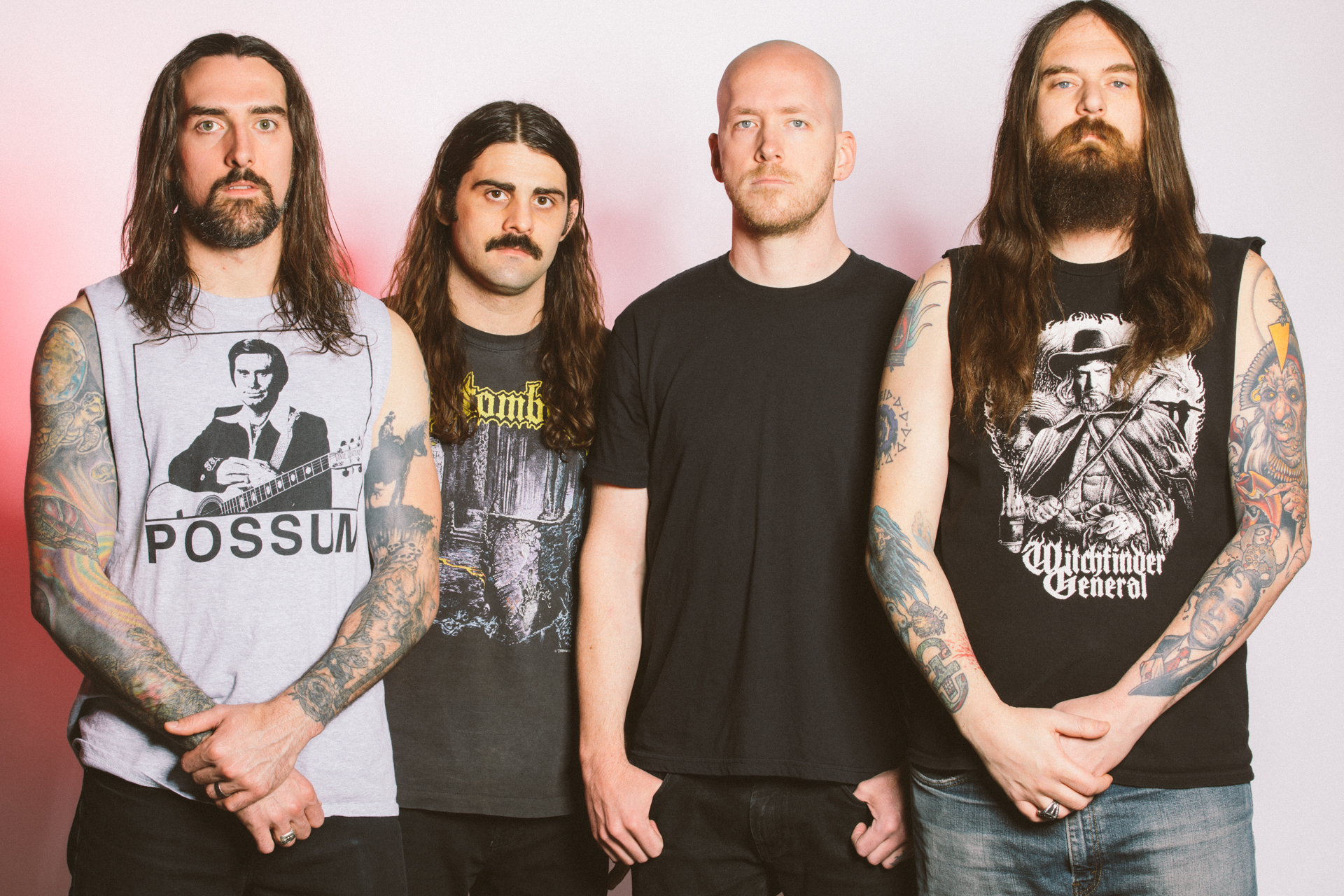 The last decade has seen a strong revival of the doom metal genre. One of the key ingredients to this revival has been the ability of bands to bring in traditional heavy metal influences and mix them with classic doom metal foundation. Taking this sound and molding it into their own variant has provided significant success to the likes of Pallbearer and Khemmis. Spirit Adrift hope to do the same with their third full-length Divided By Darkness.

The Phoenix-based quartet have been hard at work since their inception in 2015. But despite such a young age, expectations were high following 2017’s sophomore effort Curse of Conception. The album had delivered a solid traditional doom record in the vein of Black Sabbath, with minor flourishes of heavy metal. Fast forward to the present and Divided By Darkness goes further into the classic heavy metal territory while keeping the tempo and atmosphere in the doom metal world. Resulting in songs that are not only original in sound, but also catchy and melodic while retaining the psychedelic doom metal elements of the previous works.

Those who have followed the band over the last four years will notice the change in trajectory right off the start. “We Will Not Die” opens with synthesizers building up the atmosphere, but once the drums kick in, it’s a ride into the 80s. Clean lead guitar riffs lead the way, and the thick bass and groovy drum beats drive the rhythm. In the past, Spirit Adrift has often been compared against Pallbearer or Khemmis, but Divided By Darkness is a better match to the likes of Summerlands and Eternal Champion. There is a clear progression in the musicianship on display that is best exemplified by the title track “Divided By Darkness.” The band weaves through fast-paced guitar solos, slow melodic segments, and rhythmic instrumental parts with equal ease.

Divided By Darkness not only proves to be the most progressive record by Spirit Adrift to date, but also the most diverse one. The longest track on the album “Angel & Abyss” takes one back to the days of 90s doom metal. The melancholic ballad is reminiscent of early My Dying Bride, with Nathan Garrett’s vocal delivery standing out. From the lowest narrative notes to the high-pitch scream, the band leader delivers it with great finesse. Moreover, the track delivers a surprising shift in tone for the final section, with classic heavy riffs taking over and reminding one of Andy LaRocque of King Diamond. Contrary to the former, the shortest track on the album “Hear Her” takes a much darker approach.  The lead guitar melodies are compact and to-the-point, with the rest of the instruments adding to the atmosphere. It showcases a unique sound which completely blends traditional doom and heavy metal into one.

There is a unique cinematic beauty on display here, that makes each track memorable even after the very first spin. The melodic, post-metal influenced second-half of “Living Light” sticks in one’s head even after the album has finished playing, with Kayla Dixon’s (of Witch Mountain) choral vocals adding a layer of charm to the music. The proggy instrumental closer “The Way Of Return” closes the album just as it had started – a mix of synthesizers bringing the curtains down.

Divided By Darkness is a milestone in the career of Spirit Adrift. It showcases the band stepping out from the darkness and marking their ground in the modern heavy metal community. With multiple and diverse influences, the band has captured a unique sound for themselves. A must-listen for both the doom metal fans and the traditional heavy metal lovers.